Every spring, the movie industry gears up for its biggest celebration: the Academy Awards, more commonly known as the Oscars. There is extensive press coverage of the event, even down to the arrival of the stars; flash bulbs and microphones abound as the nominees and other famous, well-dressed guests make their way down the red carpet, flanked by cheering onlookers.

The Oscars aren't just for Hollywood's most powerful and glamorous, though — millions of people tune in every year to root for their favorite movies and actors, check out the incredible fashions on display, or maybe just catch any embarrassing podium mishaps as they happen.

In this article, we'll find out what the Oscars are all about. We'll take a look at the organization behind the Oscars and see what the "Academy" actually is; check out the Oscar statuette itself and learn some interesting tidbits of Oscar history.

So many Oscar winners gush, "l would like to thank the Academy" that it's become a cliché. But what is the Academy, anyway? And why should it be thanked?

The Academy, in this case, is the Academy of Motion Picture Arts and Sciences, a professional honorary society formed in 1927 [source: Oscars]. In spirit, the Academy is something like the Phi Beta Kappa Society or National Honor Society. It's an organization dedicated to promoting excellence in a particular field (filmmaking). Just like similar organizations, it has many members connected to that field (more than 7,000 filmmaking professionals) [source: Schrodt].

You must be invited by the Academy to become a member and candidates must have "demonstrated exceptional achievement in the field of theatrical motion pictures" to be considered [source: Oscars]. Different branches of the Academy, focusing on different aspects of the filmmaking world, have their own standards of eligibility for potential members. In the past, Academy membership was for life but, in an effort to increase diversity, starting in 2018, membership will be for just 10 years and subject to renewal if the member remains active in motion pictures. Chairs reserved for people of color have also been added to the executive committees [source: Miller].

The Academy is involved in a lot of different projects — from film preservation to developing new film technology — but it's best known for its yearly awards ceremony. The purpose of the Academy Awards is to promote excellence in filmmaking by honoring extraordinary achievements from the previous year.

Members of the Academy, including actors, producers, directors and a variety of other film craftsmen, choose who will receive the awards that year by casting ballots. So, when a winner thanks the Academy, he or she is really thanking all their professional peers who collectively decided to bestow the honor. They're also thanking the organization, as a whole, which decided to hand out awards in the first place.

That's the story of the Academy, in a nutshell. But then who's Oscar? In the next section, we'll get acquainted.

We generally think of the entire Academy Awards ceremony as "the Oscars," but Oscar is really just a nickname for the actual award statuettes and their image.

When MGM art director Cedric Gibbons and sculptor George Stanley created the statuette in 1928, the Academy referred to it as the Academy Award of Merit. It didn't take on the name Oscar until the 1930s [source: Oscars].

There are several stories about the nickname's origin, and nobody is completely sure of the truth. The Academy supports this version: In the early '30s, an Academy librarian named Margaret Herrick remarked that the statue looked like her Uncle Oscar. The name stuck, and the Academy staff began referring to the statue as "Oscar." In 1934, Sidney Skolsky mentioned the nickname in a column on Katharine Hepburn's first Best Actress win. The name caught on, and the Academy officially adopted it in 1939 [sources: Oscars].

According to the Academy, the Oscar statuette depicts a crusader knight, grasping a sword. The knight stands on a film reel, with five spokes that represent the five original branches of the Academy: directors, actors, writers, producers and technicians.

The statuette weighs 8.5-pounds (3.85 kg) and stands 13.5-inches (34.3 cm) tall. Craftsmen at Polich Tallix foundry carefully cast each statuette in bronze and plate it with 24-karat gold [source: Oscars]. The figure is mounted to a round, black marble base.

To be eligible for nominations in any of the feature film categories, a movie must meet these basic requirements [source: 90TH Annual Academy Awards of Merit Rules]:

If a producer or distributor would like their eligible film to be considered for an Oscar nomination, they must submit an Official Screen Credits form. This form lists the production credits for all related Oscar categories. The Academy collects these forms and lists the submitted films in the "Reminder List of Eligible Releases." In January, the Academy mails a nomination ballot and a copy of the "Reminder List" to each Academy member.

For most of the award categories, only Academy members in that particular field are allowed to vote for nominees (that is, only directors submit nominations for best director and only editors submit nominations for best editor). Foreign film and documentary nominees are chosen by special screening groups made up of Academy members from all branches, and everybody gets to select best picture nominees. There must be at least five but no more than 10 nominees for Best Picture. Foreign film nominees are selected from a list of films submitted by foreign nations. Every foreign country can only submit one film per year [source: 90TH Annual Academy Awards of Merit Rules].

An Academy member can select five nominees per category, ranked in order of preference. For most categories, voters write in only the film title. For acting categories, the voters pick specific actors. It's up to the individual Academy voters to decide whether an actor should be nominated for leading role or supporting role. An actor can't be nominated for both categories for a single performance, however. The Academy assigns the nominee to whichever category the nominee qualifies for first. Producers often take out ads in Variety and other major movie industry magazines to suggest nominees for particular categories [source: Academy Award Regulations].

A week or so after the announcement, the Academy mails final ballots to all Academy members. Members have two weeks to return the ballots. PricewaterhouseCoopers tabulates the votes in absolute secrecy and seals the results. Accountants at PwC have overseen the Oscars' voting process for over 80 years, but after the Best Picture mishap at the 2017 Oscars (where the handing over of the wrong envelope led to "La La Land" being announced as Best Picture when it was really "Moonlight"), the Academy's board of governors held a meeting to determine whether to continue with them. In the end, they ultimately decided to continue their partnership with PwC [sources: Feinberg, Miller].

Is it Really a Secret?

In the Academy's early years, the award winners were announced the night before the ceremony. This allowed newspapers to have the winners listed in the late-night editions that would go out on the night of the Oscars after the winners had been announced [source: Ramisetti]. However, newspapers began printing the Oscar edition earlier in the evening, and by 1940, ceremony guests could pick up a paper and find out who won while on their way to the ceremony. Perhaps sensing that this early notification would bring an end to people actually attending the ceremony, and to add suspense, the Academy began keeping results in the sealed envelopes that we know today. Now, when the Oscar presenter says, "and the Oscar goes to," we're all finding out at the same time.

The Oscars honor the entire spectrum of filmmaking, from acting to technical achievement. There are now 17 Academy branches in all [source: Oscars]:

There are now 24 competitive Oscar® categories, and a handful of special-recognition Oscars every year. This year, awards will be given for [source: Tapley]:

After all the ballots are in, and the votes are counted, it all comes down to the big night itself. The Oscars is a night of honoring big-budget entertainment, and, appropriately, it is big-budget entertainment event, itself. Every year, hundreds of workers, including carpenters, artists, musicians, cameramen and chefs, work days on end preparing for the big show. The result, in a good year, is a vibrant, glamorous celebration of all things Hollywood.

For much more information about the Oscars and their history, check out the links on the next page.

©A.M.P.A.S.®ACADEMY AWARD(S)®, OSCAR(S)®, OSCAR NIGHT® and OSCAR® statuette design mark are the registered trademarks and service marks, and the OSCAR® statuette the copyrighted property, of the Academy of Motion Picture Arts and Sciences. 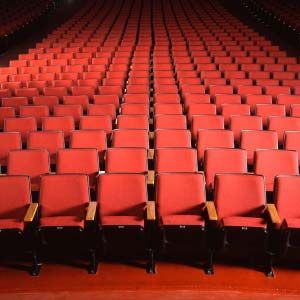 You May Like
How are Hollywood films financed?
Explore More