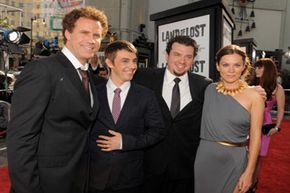 New economic realities may help make expensive flops like Will Ferrell's "Land of the Lost" a thing of the past. See more movie making pictures.
Steve Granitz/Getty Images

2009 was an unpredictable year for the film industry. The $100 million Will Ferrell vehicle "Land of the Lost," brought in a meager $65 million in worldwide box office receipts, while the sleeper hit "Paranormal Activity," made for $10,000 in relative pocket change, broke the $100 million mark. Meanwhile, James Cameron's latest movie "Avatar" is receiving more media attention over its bloated budget -- a projected $500 million -- than its groundbreaking special effects.

If a movie's price tag has little or no correlation to its profitability, then why the heck do movies cost so much -- an average of over $100 million at last count [source: MPAA]? The short answer: because they can.

It all comes down to a financial concept known as Parkinson's Law, which explains, among other things, that film budgets will always expand to "fully absorb the capital available," whether or not that extra cash results in a better or better-selling product [source: Vogel].

During the economic boom of the mid-2000s, Hollywood was flush with cash -- other people's cash, that is. Wall Street hedge funds partnered with big investment banks like Lehman Brothers and Goldman Sachs to pump $15 billion into Hollywood films between 2005 and 2008 [source: Zeidler].

Outside investors rushed to Hollywood largely because of a new payment structure that gave them a cut of a film's total profits over its product lifetime. These profits include box office sales, as well as video on demand, DVDs, domestic and foreign TV licensing, in-flight movies, product placement and toy licensing [source: Epstein]. In the early 2000s, the average rate of return on a studio movie was a whopping 15 percent. Breakout hits repaid 23 to 28 percent.

Wall Street treated Hollywood movies the same way it treated mortgage assets during the real estate boom. Firms packaged packages, or slates, of studio movies into securities that they resold to investors. When mortgage-backed assets began to lose value in the mid-2000s, hedge funds funneled even more money into movies [source: Galloway].

With so much money coming in from outside investors, studios could spend less of their own cash on each film, while still taking a 10 percent "distribution fee" off the top -- a perk they don't share with the banks [source: Epstein].

The half-billion-dollar "Avatar" received 60 percent of its backing from non-studio sources, which makes it much less of a gamble for the nervous accountants at 20th Century Fox, but still one very pricey popcorn flick [source: Cieply].

Now that we know where the money comes from, let's take a look at how it's spent.

How a Movie Budget is Spent

Before we break down movie budgets, we should emphasize that Hollywood accounting is fishy at best. Studio heads always low-ball the cost of their movies to make them appear more profitable while inside sources cite exorbitant unreported costs. The safe bet? Assume everyone is lying [source: Goldstein].

Even though specific numbers are hard to nail down, we have a good idea where studios spend their money. A film's production budget includes all costs incurred during pre-production, filming, post-production and promotion. That includes buying the rights to the script, actor's salaries, production staff salaries, set construction, special effects, wardrobe, craft services, marketing, dog training -- everything! How much does "everything" cost? The average production budget of a major studio film in 2007 was $106 million [source: MPAA].

Marketing makes up a huge chunk of modern movie budgets -- $35.9 million on average -- largely because the fates of many Hollywood releases are sealed in the first week. Big money is spent on trailers, TV ads, billboards, and Web sites to pack people in on opening weekend. That strategy seems to work: "Spiderman 3" made 45 percent of its total gross ticket sales in its opening week, while "X-Men: The Last Stand" made 52 percent of its money in its first week of release [source: Box Office Guru]

When calculating a marketing budget, the rule of thumb is to spend 50 percent of the rest of the production costs (pre-production, filming and post-production) [source: Vogel]. So if a movie costs $100 million to make, you'll need an additional $50 million to sell it.

For studio films, the traditional "safe bet" is to spend major money on a big-name actor. The rationale is simple: Stars sell more tickets and are more recognizable or marketable to international audiences. Once a star has a few mega-hits under his or her belt, they're usually welcomed into the exclusive $20 million per movie club -- although membership isn't a lifelong privilege.

After a series of relatively star-free hits like "Transformers," "Star Trek," and "The Hangover," -- plus a growing list of superstar flops like Will Farrell's "Land of the Lost" and Julia Roberts' "Duplicity" -- studios are starting to see the light [source: Dobuzinskis]. Icons like Denzel Washington and Tom Cruise are taking pay cuts up front in exchange for a bigger cut of DVD sales and distribution deals on the back end.

Not surprisingly, the most expensive movies of the past 20 years have had the biggest special effects budgets: "Spiderman 3" ($258 million), "Harry Potter and the Half-Blood Prince" ($250 million), and "Superman Returns" ($232 million) top the list [source: The Numbers]. For "Transformers 2" ($225 million), special effects powerhouse Industrial Light and Magic used 40 full-time animators [source: Tucker]. James Cameron, who more or less invented the super-budget special effects genre with "Titanic," developed his own 3D technology for "Avatar" -- and paid $14 million of his own money to do it [source: Cieply].

With all that money flying around, you'd think that studios could at least spot a potential hit. Not in the least. Every film is a unique product (even sequels) that enters an ever-changing market [source: Vogel]. The next big thing could be a low-budget comedy or a $250 million special effects extravaganza. You never know -- and that's entertainment!

For lots more information on the movie industry, take a look at the links on the next page.

Dave Roos "Why do movies cost so much to make?" 9 December 2009.
HowStuffWorks.com. <https://entertainment.howstuffworks.com/movie-cost.htm> 18 May 2022
Print | Citation 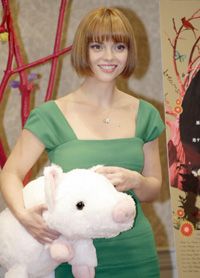 Up Next
How Movie Marketing Works
Explore More 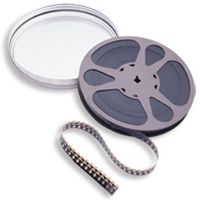 You May Like
How Movie Distribution Works
Explore More