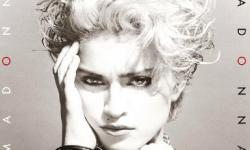 Madonna is one of the most successful recording artists of all time.
Publications International, Ltd.

This fiery, petite Italian-American was born in 1958 in Bay City, Michigan. From the start, Madonna Louise Veronica Ciccone had big dreams, and at 19 she moved to New York City where she began to make a name for herself as a singer and dancer.

Selling more than 200 million albums in a career that has spanned more than two decades, "Madge" has stayed on top by constantly reinventing herself. Though many disagree with some of her artistic choices, the numbers don't lie: Billboard magazine reports that Madonna's 2006 Confessions tour was the most successful concert tour by a female artist in history.

Here are 25 of the biggest hits that put her on top.

From her self-titled debut album, "Holiday" was the first of Madonna's songs to make Billboard's Hot 100, peaking at number 16. It is now one of her signature songs.

Madge's second single broke the top ten on U.S. charts, which was impressive for a newcomer. In this video, look for a very young John Leguizamo, who plays a friend of Madonna's boyfriend.

This song was Madonna's first number one on Billboard's Hot 100, probably due to her legendary appearance at the first-ever MTV Video Music Awards. Rolling around in a wedding dress, Madonna sang this song and cemented a mutually beneficial relationship with music videos.

This song, which earned Madonna the moniker "the Material Girl," painted the singer as a girl who would rather have a rich boyfriend than a love-struck one, although it was meant to parody the commercialism and greed of the 1980s. "Material Girl," the second single from Madonna's Like a Virgin album, reached number two on U.S. charts, with the video imitating Marilyn Monroe's famous musical number "Diamonds Are a Girl's Best Friend."

From the soundtrack of the film VisionQuest, "Crazy for You" was Madonna's second number-one song. Madonna makes a cameo in the movie, belting out this tune in a nightclub scene.

Coinciding with her role in the film Desperately Seeking Susan, this popular tune was remixed for use in a 2003 Gap ad starring Madonna and rapper Missy Elliott.

Written and produced by Madonna and longtime collaborator Patrick Leonard, "Live to Tell" is the story of a woman facing a difficult decision. The song was written for the movie At Close Range, starring Sean Penn, Madonna's husband at the time. With this number-one ballad, Madonna emerged as more mature, abandoning the street urchin look for that of a grown-up.

Another one of Madonna's more serious ballads, the song tells the story of a pregnant teen who has decided to have her child and raise it with her boyfriend. You'd think such a heavy topic wouldn't fly as a pop song, but this was another number one for Madonna in the summer of 1986. Groups that had once condemned Madge now commended her for the song's antiabortion theme, although some were concerned that it glorified teen pregnancy.

In classic Madonna style, "Open Your Heart" was buoyed by a risqué video. In it, Madonna plays an exotic dancer who performs for a room that includes an underage boy. Plenty of people were outraged, but the song was another number-one hit.

Nominated for a Grammy, "Who's That Girl" sped to number one in the summer of 1987 when it appeared in the movie of the same name, starring Madonna. The movie didn't do so well, but the soundtrack went platinum. Other artists are included on the soundtrack, but this song and another Madonna hit, "Causing a Commotion," were the reasons most people picked it up.

"Like a Prayer," with its dramatic lyrics and gospel choir backup, is undoubtedly one of Madonna's biggest hits of all time. But the video, complete with burning crosses and Madonna making out with a black saint, was just a tad controversial.

Pepsi had signed a deal to use Madonna and the song for a soda commercial, but they backed out when they saw the scandalous video. Still, the song topped the charts in every major music market in the world, and the video won an MTV Viewers Choice Award, sponsored by -- you guessed it -- Pepsi!

A call to women everywhere to stick up for what they want, "Express Yourself" was a top-five hit around the world, peaking at number two in the States. The notorious conical bra made its debut in the video. Designed by Jean-Paul Gautier, the pink corset with the pointy cups was worn under a black suit in the video and throughout Madonna's Blonde Ambition Tour as well.

The third hit single off the Like a Prayer juggernaut, "Cherish" is a song that finds Madonna in an innocent frame of mind, singing about the joys of true love. The song reached number two in the States, her seventeenth single to reach the top ten on U.S. charts.

There have been a few megahit dance crazes in American pop music history: The Twist, The Macarena, and Vogue to name a few. This song, from the Dick Tracy: I'm Breathless soundtrack, featured instructions on "vogue" dancing, an expressive style of dance popular in the underground gay clubs of New York City. Leave it to Madonna to make it a number-one song.

Madge teamed up with songwriters Ingrid Chavez and Lenny Kravitz to pen this steamy song, which became Madonna's ninth number one in the States. The video was so racy, MTV banned it! As a result, the "Justify My Love" video was the first video single ever released and it immediately sold out in stores everywhere.

Madonna's tenth single to reach number one, this ballad was featured in the movie A League of Their Own. Madonna's performance in the movie was also well received by critics. The song wasn't included on the soundtrack, but it appeared on Madonna's ballad compilation, Something to Remember, released in 1995.

Following the release of her controversial, best-selling book Sex (1992), Madonna experienced sagging chart positions. But "Take a Bow" changed all that. This farewell-to-love tune was a record breaker for Madonna, spending seven weeks at number one on U.S. charts.

This single, which featured dark themes, eastern instruments, and techno beats, was a huge hit for the recently reinvented Madonna. "Frozen" reached number one or two in most major music markets, foretelling the enormous success of Ray of Light, the album on which it was featured.

This techo-infused dance hit broke a record for Madonna, selling 73,000 singles in the first week of its release. The second track from her Grammy Award-winning album of the same name, "Ray of Light" was a massive club hit that received major remix attention from the most in-demand deejays. The single reached the top ten on charts the world over, peaking at number five in the States.

Another song-from-a-movie hit for Madonna, this bouncy tune was penned by Madonna and Ray of Light album coproducer William Orbit for the second Austin Powers movie, Austin Powers: The Spy Who Shagged Me. The song reached number 19 in the United States -- even though it was never officially released -- and it garnered the singer another Grammy.

Don McLean's classic tune got the Madonna treatment for inclusion in the movie The Next Best Thing. The movie flopped, but the song did well -- reaching number one in the U.K., Canada, and Australia, among others. Oddly enough, although the song wasn't released in the States, it reached number 29 off airplay alone.

"Music," Madonna's twelfth single to top U.S. charts, was in the running for a Grammy for Record of the Year, but lost to "Beautiful Day" by U2. The video featured Madonna (five months pregnant at the time) and comedy star Sacha Baron Cohen. "Music" has been featured in all of Madonna's shows since its release.

When "Don't Tell Me" went gold, Madonna tied The Beatles for second place for the most gold, platinum, or multiplatinum singles -- a total of 24 -- trailing Elvis, who's way ahead of the pack with a whopping 52. "Don't Tell Me" made it to number four on U.S. charts, and the video shows Madge hanging out with cowboys and riding a mechanical bull. Yee-haw!

The first single off her highly criticized album of the same name, "American Life" lambasted the materialistic culture of America and the lack of satisfaction in the face of so much abundance. But Americans weren't ready for a political statement from the woman who used to sing about the joys of sex. This single reached the top ten (and often number-one spot) in much of Europe, as well as Canada and Japan, but only made it to number 37 on U.S. charts.

The first single off her album Confessions on a Dance Floor, "Hung Up" included an infectious sample from superstar dance group ABBA. A disco-fied Madonna emerged in this dance hit, signaling the return of the megastar after lukewarm album sales for American Life. "Hung Up" topped the charts in an unprecedented 41 countries, but peaked at number seven in the States.