Giant Jenga is relativaly tame when you consider people play the game with a whip! s0ulsurfing - Jason Swain/Getty Images

The beauty of Jenga is its simplicity and elegance. It's a tower of smooth, rectangular wooden blocks with each level arranged at right angles to the one before it. The players' task is to slip blocks from one level and then add them to the top of the tower. Everybody takes turns, and as the tower gets taller, it gets ever tippier, until it topples. Then you get to pick up all the blocks and start over again. It's the game after the game! Or at least that's what you should tell your little brother.

But why settle for simplicity and elegance? Jenga is like a blank canvas for all kinds of ridiculousness. Here are five of the most insane ways we've seen the perfectly fine game of Jenga, well, amped up.

Why limit Jenga to the coffee table in your living room? Take those blocks outside, probably with some red cups and adult beverages, if we're being honest. Official Jenga comes in several large sizes, including a version that stacks more than 5 feet (1.5 meters) high and a cardboard version that can stack well over 8 feet (2.4 meters) high. You do-it-yourselfers who've watched every episode of every show on HGTV and find yourselves with some extra time can now even build your own giant Jenga game. All you need is a few two-by-fours, a saw and some sandpaper.

2. Jenga With a Whip

Find your inner Indiana Jones — or Indiana Jenga, if you will, and why wouldn't you? — by cracking a whip in the direction of that tower block. Two whip artists (is that what they're called?) have mastered the technique. They remove the Jenga blocks by aiming their whips at the tower and taking the blocks out one at a time. In April 2018, Adam Winrich set a Guinness World Record for removing the most Jenga blocks in a minute with a whip. The magic number was seven. Equally talented whipper April Choi even plays Jenga with a whip lit on fire. Try topping that.

Or even better, compete with robots. That's what researchers at MIT have done, according to a report in the journal Science Robotics. The tricky part is teaching a robot to learn using, not only visual input, but also tactile input. One of the things the robots learned was that "moving 'stuck' blocks does not help progress the game," which is better than some human players. The researchers, led by Nima Fazeli, then tested their robot against two other Jenga-playing robots. Team Fazeli's robot was fastest at successfully removing the blocks and stacking them on top during 100 different attempts. Take that Watson.

Think you could beat an MIT-trained robot at Jenga?
Researchers with the MCube Lab at MIT

Those smooth, blank wooden blocks are just begging to be written on. Just ask any kid with access to markers and a Jenga set. But you can be more deliberate in your choices. Jenga can become a game of truth-or-dare-or topple if you write dares on the sides. Know your audience — some parties might be into "Kiss the person on your left," but some might be better with dares like "Sing the chorus of 'I Will Always Love You'." You can also write vocabulary on the blocks, or exercises like pushups or sit-ups to make tasks a tiny bit more fun.

This one's for the true Jenga nerds. Build the tower with the center blocks missing, so only two blocks per level. Then, using only one hand, insert the blocks into the tower. If you do it without toppling the tower, then play the regular way and remove the blocks from your probably very tippy tower. You can take it to another level (pun very much intended) by stacking three horizontal blocks and then five vertical blocks on their small ends. Then three more horizontal blocks. And so on. For maximum Jenga nerdery, remove the blocks with a whip.

Jenga was invented by Leslie Scott in the 1980s. Scott lived in several African countries as she was growing up, and the word jenga means "build" in Swahili. In 1986, Hasbro acquired the game, but Scott signed away worldwide rights. She receives very little money from this classic party game, but not to worry. Over the years, she's developed 30 other games, including The Great Western Railway Game. 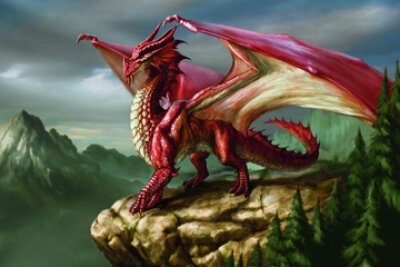