by Katherine Neer
NEXT PAGE 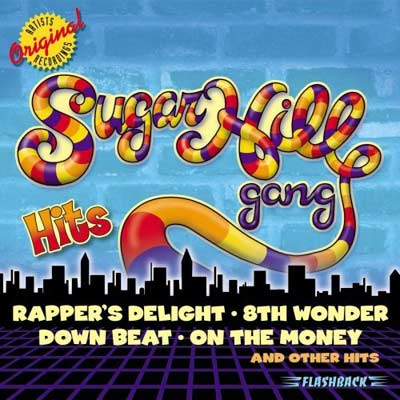 ­­"I said a hip hop
the hippie the hippie
to the hip hip hop, you don't stop the rock it
to the bang bang boogie, say up jumped the boogie
to the rhythm of the boogie, the beat"


It's possible you're at a crossroads right now between finishing the lyrics to this song and reading this article. Go ahead; sing a little more if you can -- we're right there with you …

"Now what you hear is not a test -- I'm rappin' to the beat
and me, the groove, and my friends are gonna try to move your feet
see I am Wonder Mike and I'd like to say hello
to the black, to the white, the red, and the brown, the purple and yellow"

If you made it to this verse and still have more lyrics in you, then you probably know these are from one of the first hip-hop, or rap, songs ever recorded -- "Rapper's Delight" by The Sugarhill Gang. You might remember the song from when it first hit the airways sprinting toward gold, or maybe you're flashing to a little old lady in the Adam Sandler movie, "The Wedding Singer." While it's true that in October 1979 this was the first hip-hop song to garner gold, it by no means represents the beginning of hip-hop.

Another thing to clear up is this: If you think hip-hop and rap are synonymous, you're a little off the mark. While it's accurate to say that rap is hip-hop, it's not entirely accurate to say that hip-hop is rap. Hip-hop is a cultural movement akin to Art Deco and the Harlem Renaissance, and, much like these movements, it incorporates several elements. Most hip-hop historians speak of four elements of hip-hop: tagging (graffiti), b-boying (break dancing), emceeing (MCing) and rapping. One of the visual elements -- graffiti -- technically came first, but at that time it wasn't part of hip-hop culture because hip-hop didn't exist. DJing and MCing (and eventually rapping) started the hip-hop movement, with dance and style following closely thereafter.

If you look at the movement from its beginnings up to today, you'll see that these elements have expanded into broader terms:

­Lyrics aren't the only words of the hip-hop movement. Poetry has also found a home in hip-hop, by way of spoken word -- the process of reciting original poetry or the work of another in front of a group or audience. It should be noted that performance poetry isn't confined to the realm of hip-hop, but it has steadily been gaining footing within the movement for many years. If you've see­n an episode of Russell Simmons' HBO TV series, Def Poetry Jam, which premiered in 2002, then you know what it is. A number of noted poets and celebrities have appeared on the show, including Amiri Baraka, Ani DiFranco, DMX, George Clinton, Erykah Badu, Kanye West, KRS-One, Lou Reed, Nikki Giovanni, Smokey Robinson, Sonia Sanchez and Wyclef Jean.

In this article, we'll take a closer look at each of the elements of hip hop. But first, let's go back -- way back -- and explore the beginnings of this 30-year-old movement.