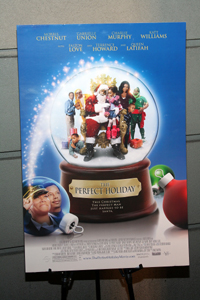 Movie booking agents, also known as film bookers or film buyers, are the people responsible for getting movies from the Hollywood studios to your local theater. Film bookers are paid by theater owners to search out and lease films temporarily from distributors.

The goal of the film booker is to advocate for his theater owners. The distribution company will always try to raise the percentage of its cut and demand longer commitments. The film booker needs to strike a deal that allows the theater owner to walk away with some cash in his pocket, although few movie theaters make money purely from ticket sales. Concessions -- popcorn, soda and candy -- and local advertisers are what keep most theaters afloat [source: Lobb].

A successful film booker needs to have a firm grasp of what films are successful in the local market. The booker needs to stay months ahead of the release schedule of upcoming movies. When the film "The Passion of the Christ" was about to be released, several smaller theaters in rural areas ordered multiple prints in advance since they knew that local moviegoers would be clamoring to see the powerfully religious film on its opening weekend.

A film booker needs to be able to spot sleeper hits that might not come with a lot of hype, but slowly build audiences over time. This is the best way for a theater to make money, since they get an increasingly larger percentage of the box office receipts as the weeks roll on. The 1988 movie "A Fish Called Wanda" ranked number 11 at the box office when it opened on July 29. A full 10 weeks later it had crept all the way to number one [source: Box Office Mojo].

Once an exhibition contract has been signed, it’s the film booker’s job to oversee the shipment of the movie to the theater. The theater owner pays all shipping costs -- which can be substantial, since films are shipped as multiple large reels in heavy protective cases -- but the booker must keep tabs on the shipment to make sure it arrives on time and without any damage. When the commitment is over, the booker must make sure the reels get back to the distribution company safely.

Now let’s look at how much money you can expect to make as a booker for bands or movies.

Jessica Simpson, left, relies on her booking agent Gil Cunningham, right, to get her into movies.
© Rick Diamond/WireImage/Getty Images