How much does a booking agent make? 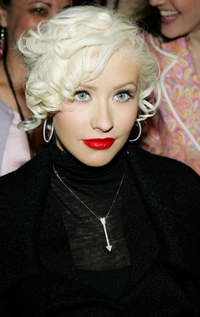 Booking agents for bands work on a strict commission basis. So if an agent books a gig, he'll get a percentage of whatever the band makes for that show. Depending on the contract, the booking agent's cut could include a portion of ticket sales as well as any merchandise and CDs sold at the show.

The typical booking agent commission for a band is between five and 10 percent, although some agents will charge more for radio, TV and film appearances [source: Salazar]. The same agent might charge very different commissions for different types of clients. For a well-known client that regularly plays concerts in large venues with huge ticket and merchandise sales, the agent can charge a lower commission while still getting a big paycheck. For a lesser-known band, the agent might start off with a higher commission to guarantee some income until the band can fill bigger venues.

In California, there are strict regulations concerning how money is handled by a booking agent. For example, it's common for a concert promoter to pay the band's cut of the ticket sales to the booking agent rather than the artists directly. In this case, the booking agent is required by California law to keep the money in a separate trust account and pay the band their cut in less than 30 days, and even faster for union artists [source: Agent Association].

Film bookers aren't required to have a license and work under many different professional arrangements with theater owners. It's uncommon for a film booker to work for a percentage of ticket sales, although such an arrangement could exist with smaller, independent theaters.

It's more common for a film booker to either be a salaried, in-house employee for a large movie theater chain or an independent booker who works for smaller theaters. Some independent bookers charge a flat retainer fee for their services while others charge per film.

Does booking for bands or movie theaters sound like an interesting line of work? Keep reading to find out how to break into this industry.