by Ed Grabianowski
Prev NEXT
7

Dream of the Red Chamber – 100 million 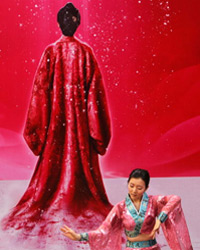 A performer auditions for a role in a Chinese television series based on the classic novel "Dream of the Red Chamber."
China Photos/Getty Images Entertainment

This Chinese novel chronicles the rise and fall of a family during the Qing dynasty, and was first published in 1791 by author Cao Xueqin. It's considered one of the classic works of Chinese literature, and has an entire field of literary study devoted to it. It remains popular even today, as new theories and ideas about it rekindle interest. The sales number is, again, an estimate -- one that might actually be a bit low considering how many years the book has been in print with sustained popularity in a nation of 1.3 billion people.