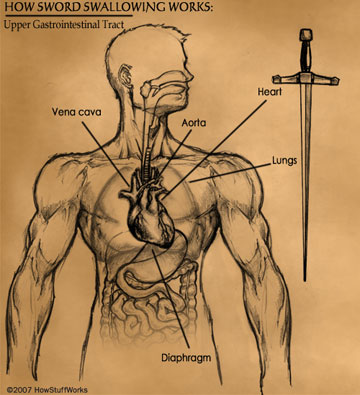 As with other dangerous performance arts, such as fire breathing, the human blockhead trick, and walking across glass, there's no real way to make authentic sword swallowing significantly safer. However, since the practice has most likely existed for thousands of years, it's also not likely to fade away any time soon. To learn more about sword swallowing and related acts, check out the links below.