by the Editors of Publications International, Ltd. & Laurie L. Dove
Prev NEXT
2 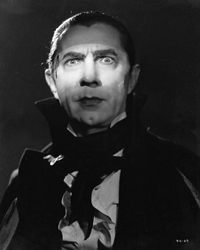 Lugosi as Count Mora for the MGM film "Mark of the Vampire" in 1935, after his stage and film success as Dracula.
Clarence Sinclair Bull/John Kobal Foundation/Getty Images

Although Bela Lugosi was a much-lauded actor in Hungary, where he was born in 1882, his emigration to the United States in 1920 did little to enhance his career. Despite auditioning for and playing many roles throughout his years in the U.S., Lugosi was best known for his portrayal of Count Dracula. For three years, he starred in a Broadway stage production of Bram Stoker's famous tome and experienced what would later be considered the most successful run of his theatrical career.

After the play shuttered, Lugosi wasn't discerning about the roles he chose or the salary he was paid to play them. A mounting drug problem was blamed for his acceptance of bit parts and off-color parodies of his iconic Count Dracula portrayal.

Lugosi suffered a heart attack and died on Aug. 16, 1956, while filming "Plan 9 from Outer Space." Instead of reshooting Lugosi's scenes or finding a double, director Edward D. Wood asked his family's chiropractor to take over the scenes -- even though the man didn't look or sound like Lugosi. Although Lugosi's last film was arguably one of his worst performances, his burial outfit included a homage to his best: a Count Dracula cape [source: The International Movie Database].