by the Editors of Publications International, Ltd. & Laurie L. Dove
Prev NEXT
9 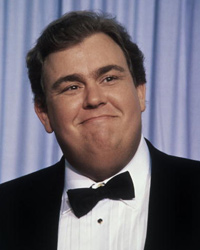 Candy's father died of heart disease when he was just 35 and John was 4, leaving John with a lifelong struggle between self-discipline and fatalism about his health.
Michael Grecco/Hulton Archive/Getty Images

Funnyman John Candy, known for portraying portly, lovable underdogs in such movies as "Stripes," "Uncle Buck" and "Planes, Trains & Automobiles," died of a massive heart attack on March 4, 1994 -- the same night that he filmed his final scene in "Wagons East." Candy left the set, cooked a celebratory spaghetti dinner for his assistants, called his co-stars to congratulate them and went to bed. By the next morning, he was dead.

The film -- a comedy set in the Wild West -- was released later that summer. Candy played the inebriated leader of a wagon train bent on getting a job from two successful businessmen. Although some believed that Candy offered the performance of a lifetime, the movie was widely panned by critics as an unworthy farewell to Candy, who had starred in nearly 40 films and was just 43 years old when he died [source: Schneider].