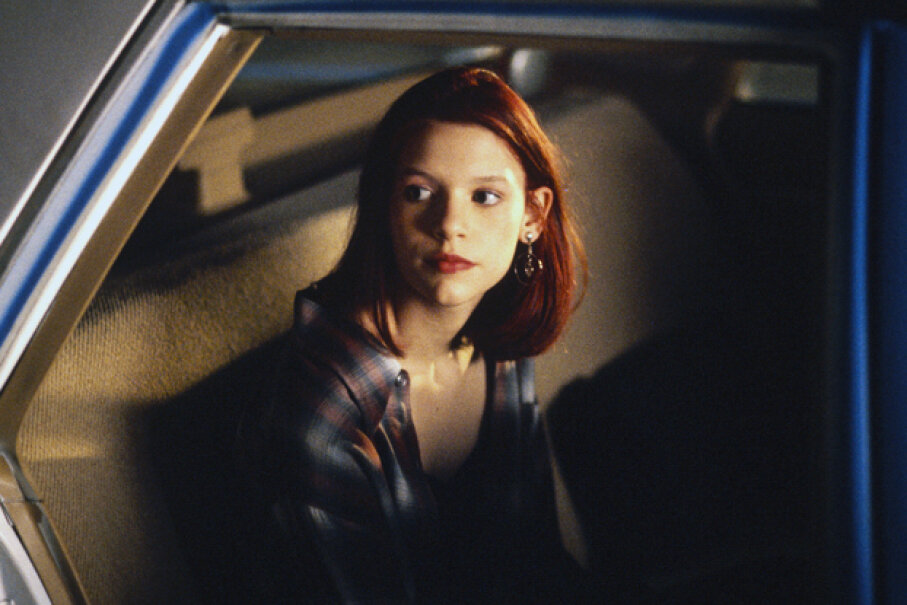 'My So-Called Life' was a great show with an amazing ensemble cast, but when lead actress Claire Danes left the show just couldn't go on without her. ABC Photo Archives/Getty Images

You'd think the equation would be simple: bad ratings equals canceled show. Hey, they had their shot, and they blew it. But did they really? Some shows never have much of a chance because networks move them from timeslot to timeslot, making it hard for fans to keep track of them. The viewers are there for the taking.

Other shows are cut because the base audience is outside the advertisers' sweet spot. Many companies want to put commercials where adults with expendable income will see them. A&E's "Longmire" was popular, but lacked a young enough audience. Other well-rated shows are just expensive to produce, with large casts and location shots. Occasionally, an irreplaceable lead actor will want to leave — like Claire Danes from "My So-Called Life" — and there's no way to continue. Still, with all these reasons, some cancelations are questionable. Read on to see if you agree with these network decisions. There's bound to be something here that will tick you off. 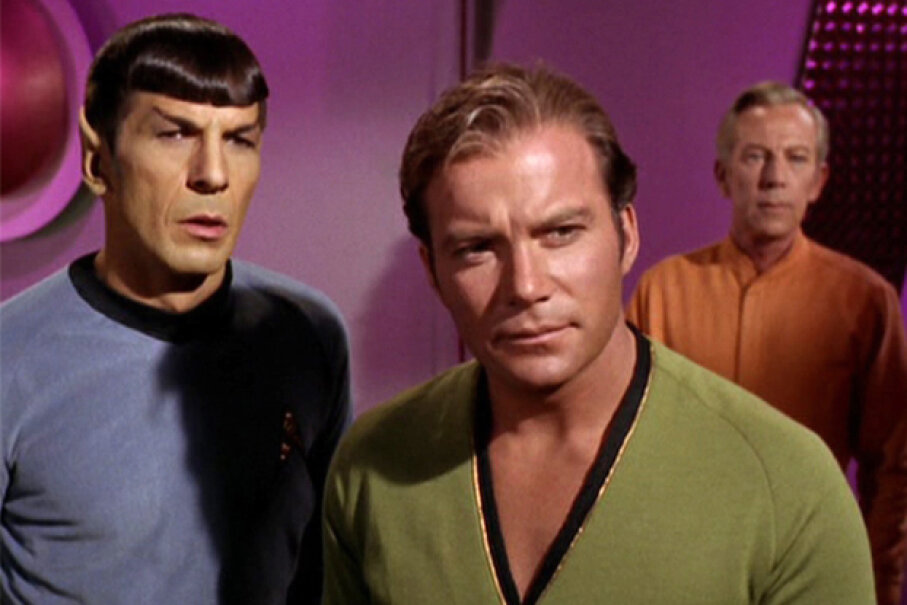 'Star Trek' has an impressive legacy, but the original series was actually dropped after just three seasons and 79 episodes. It went on to thrive through syndication and spin-offs. CBS Photo Archive/Getty Images

You'd think NBC would take the hint. When it dropped "Star Trek" after just two seasons, the viewers rebelled. A nationwide letter writing campaign convinced the reluctant network to bring the series back for one more year. But ratings declined, the show faced budget cuts and it was assigned the less-than-optimal 10 p.m. timeslot on Friday nights. Thanks to this, "Star Trek" was done after season three.

Or was it? The legacy of the show lives on. Although it had only 79 episodes, "Star Trek" was very popular in syndication. Over time, the franchise expanded to five more TV series, including "Star Trek: The Next Generation" and "Star Trek: Deep Space Nine." More than 10 "Star Trek" movies later appeared in theaters. Some featured the original cast, while others re-booted the series with a new spin on the story. Turns out, the little sci-fi show struggling to survive is certainly struggling no more. 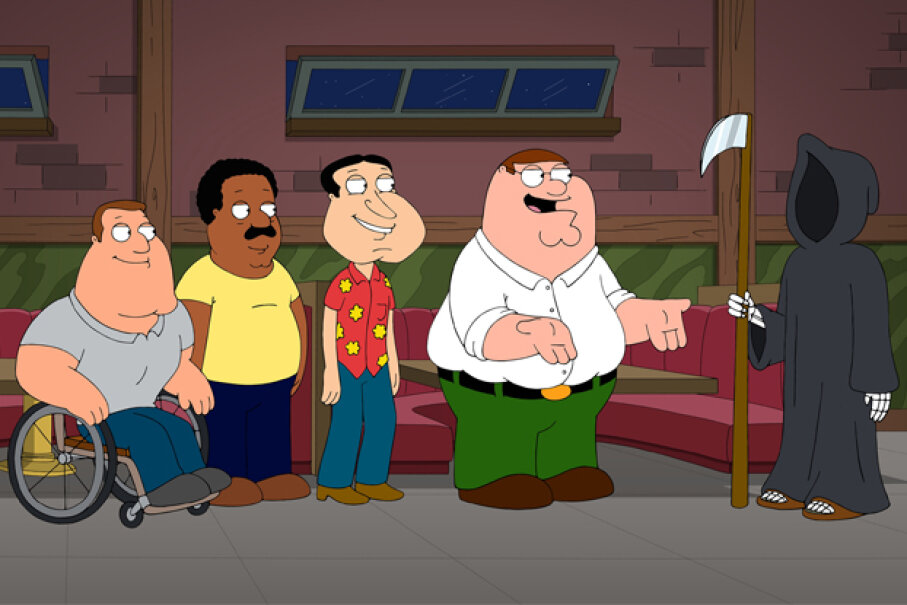 After a number of time slot switch-ups, 'Family Guy' lost many of its initial viewers. After it was axed, Cartoon Network revived the adult cartoon and has allowed it to exist in the pop culture realm for what seems like an eternity. FOX/Getty Images

Fox just couldn't make up its mind about "Family Guy." It introduced Seth McFarlane's animated series in 1999, and its initial ratings were good. But the network switched its time spot several times causing viewers to drop away. The show was done after two seasons. (Just kidding!) Fox changed its mind and allowed a third season, but after that it was axed again, for good this time.

Wait, can't you take a joke? When the show's first DVD came out, sales skyrocketed, according to USA Today. More than 1.5 million copies flew off the shelves, outselling any other disk that year. Volume two sold a mere million copies but that still wasn't so shabby. Cartoon Network's late-night Adult Swim ran "Family Guy's" 50 episodes, and they became the highest-rated shows for that time block. (No big deal.) Fox said, "You know what? Let's bring "Family Guy" back again." The series returned for the third time in 2005, and it's still going strong. Third time's the charm. 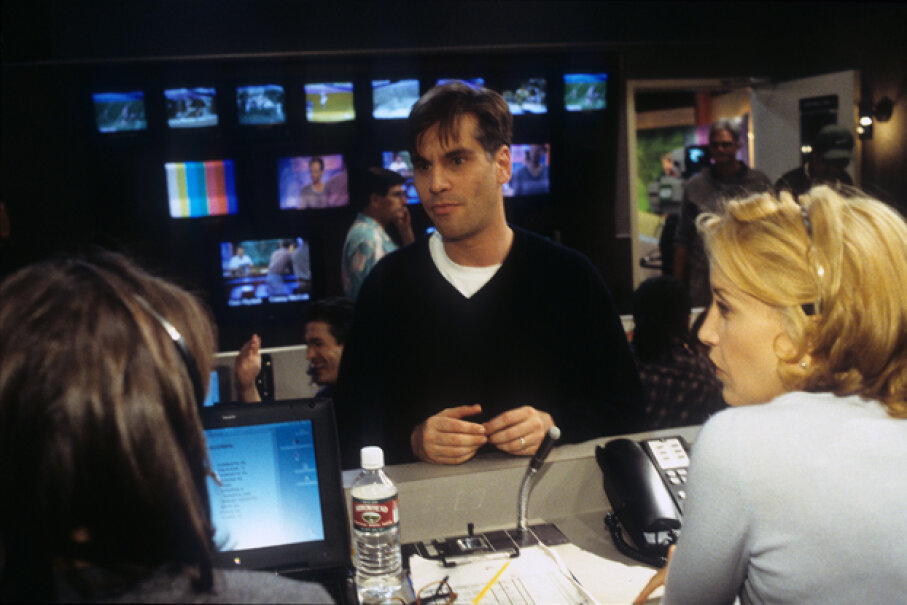 Walk and talk, fast. Really fast. "Sports Night" was Aaron Sorkin's first TV series, and it featured what came to be known as his trademark character interactions. ABC aired the ESPN SportsCenter-like comedy from 1998 to 2000. Though praised by critics, it received lackluster ratings. Sorkin clashed with ABC, arguing about focus groups, ad campaigns and ratings. Ironically, while Sorkin was fighting in real life, his characters were also battling their network. Meanwhile, "The West Wing" was under development, and Sorkin's time was drawn away from "Sports Night."

The show was canceled despite the overwhelming talent within. Many cast members went on to star in very successful shows: Josh Charles ("The Good Wife"), Peter Krause ("Six Feet Under," "Parenthood"), Josh Malina ("Scandal") and Felicity Huffman ("Desperate Housewives"). Their walks may have slowed down, but their careers didn't. 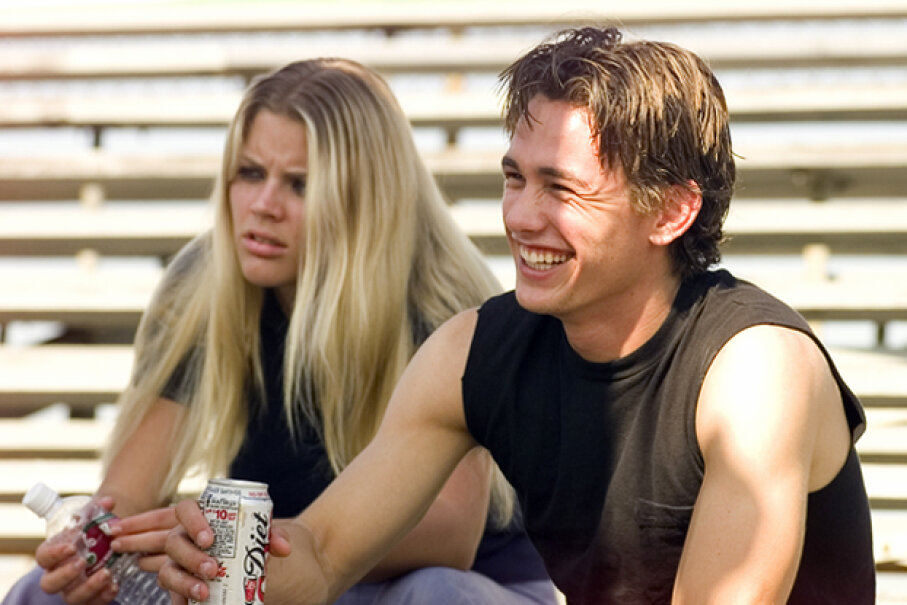 While critics loved 'Freaks and Geeks' when it aired during the 1999-2000 season, viewers avoided the 1980s-based show. Surprisingly, it went on to become a cult classic. NBC/Getty Images

Who didn't love high school in the 1980s, with the slackers trying to avoid work and the nerds trying to get dates? Well, maybe "love" is too strong a word. But critics did love "Freaks and Geeks" even as viewers avoided it. Eighteen episodes were filmed for the 1999 to 2000 season, but only 12 were shown before NBC took the drama off the air.

Though high school is often painful, having your show canceled doesn't have to be. Cast and crew went on to bigger and better things: James Franco ("127 Hours" and "This Is the End"), Jason Segel ("How I Met Your Mother" and "The Five-Year Engagement"), Seth Rogen, ("Knocked Up" and "Pineapple Express"), John Francis Daley ("Bones") and Linda Cardellini ("ER" and "Mad Men"). Show creator Judd Apatow also became a force to be reckoned with as a writer, director and producer for such projects as "The 40-Year-Old Virgin" and the TV series "Girls." Power to the freaks. 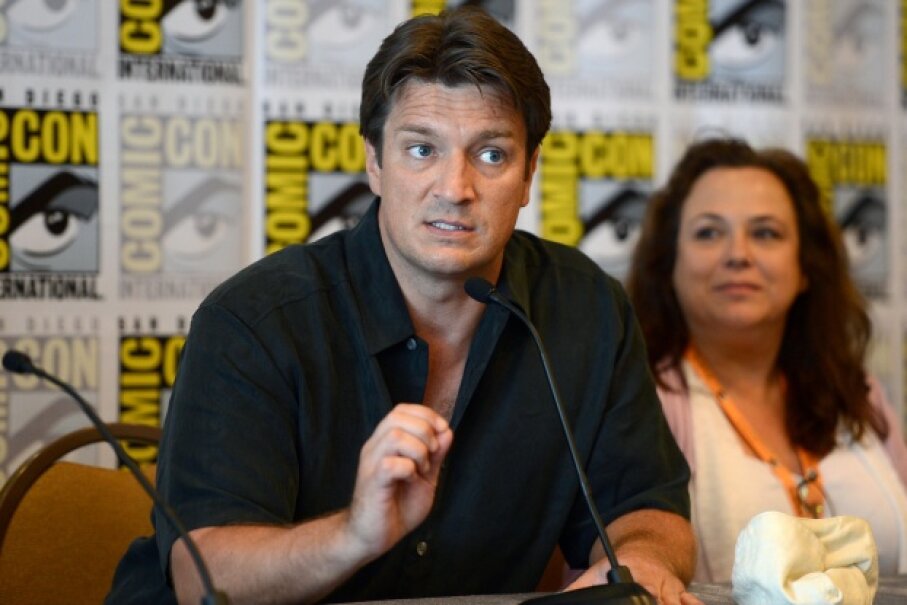 Episode delays and shifts can mean a quick TV death for shows; such was the case for 'Firefly.' Frazer Harrison/Getty Images

"Firefly" never had a chance. The 2002 series about a crew of misfits traveling on the edges of uninhabited space was not beloved by Fox. The network wanted more drama and romance even though the spaceship's second in command, Zoe, was happily married to the pilot, and could never afford to hook up with the captain. Fox also didn't like the original pilot, so it aired the episodes out of order. Viewers had trouble finding the show because episodes were delayed and shifted. (Major League Baseball was the big draw.) And the show was often so dark. Fox canceled "Firefly" after 14 episodes were filmed, but only 11 were ever aired.

"Firefly" fans didn't give up. DVD sales were good and the series was popular at conventions. The creator, Joss Whedon, even continued the story with a comic series. Finally in 2005, a follow-up film, "Serenity," was released in theaters. Although this didn't re-boot the series as some devotees hoped, Whedon shook it off, carrying on with such projects as "The Avengers," "Agents of S.H.I.E.L.D." and "Much Ado About Nothing." Rest in peace, "Firefly." 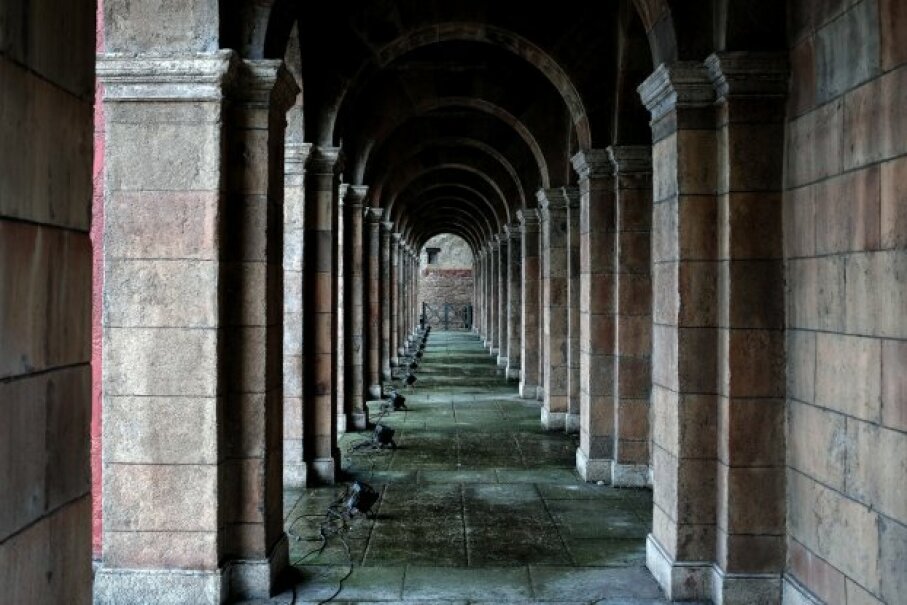 ‘Rome' is one of those rare shows that performed really well with audiences, but ended up being far too expensive to maintain for HBO. Alberto Pizzoli/Getty Images

"Rome" wasn't built in a day; it got two whole seasons. This HBO series, which premiered in 2005, explored the lives of aristocracy, military, commoners and slaves in the ancient civilization. HBO had never filmed a historical drama outside the U.S. before. The show, based in Italy, had a big cast and crew, and the network found it awfully expensive to maintain.

Because of the cost, HBO wanted to determine the fate of seasons two and three simultaneously. The network decided to gamble on only one more season, but they may have regretted that choice. Season two's ratings were a pleasant surprise, and Rome even got some Emmy nominations. Unfortunately, by then it was too late to get the band back together. 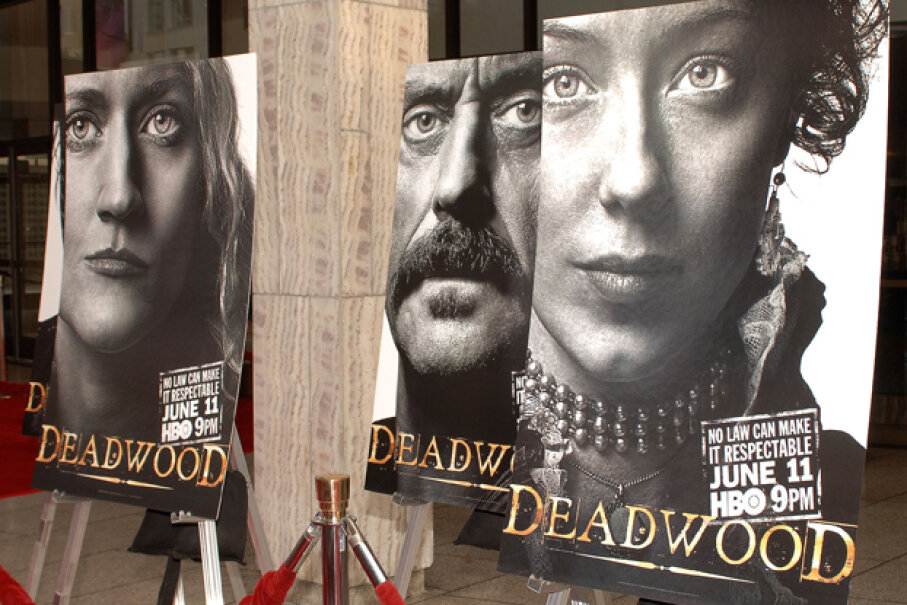 When a show's creator 'cheats' on a new show with another newbie, things can get messy. Stephen Shugerman/Stringer

"Deadwood" was a complex, lively show for three seasons, beginning in 2004. Set during the Gold Rush era, this HBO series chronicled the evolution of the wild western town as it inched toward law and order. Critics were enthusiastic and fans were loyal. A five-year run had been planned. So what went wrong?

The creator of the show, David Milch, had begun developing a new series, "John from Cincinnati." HBO wanted him to focus on that, and there's only so much time in the day. The network tried a compromise and proposed six rather than 12 episodes for season four. Milch nixed that idea, returned to "Cincinnati" and "Deadwood" died in 2006. Viewers didn't tune into Milch's new show and it bit the dust after only one season. Apparently South Dakota has a bigger fan base than Ohio. 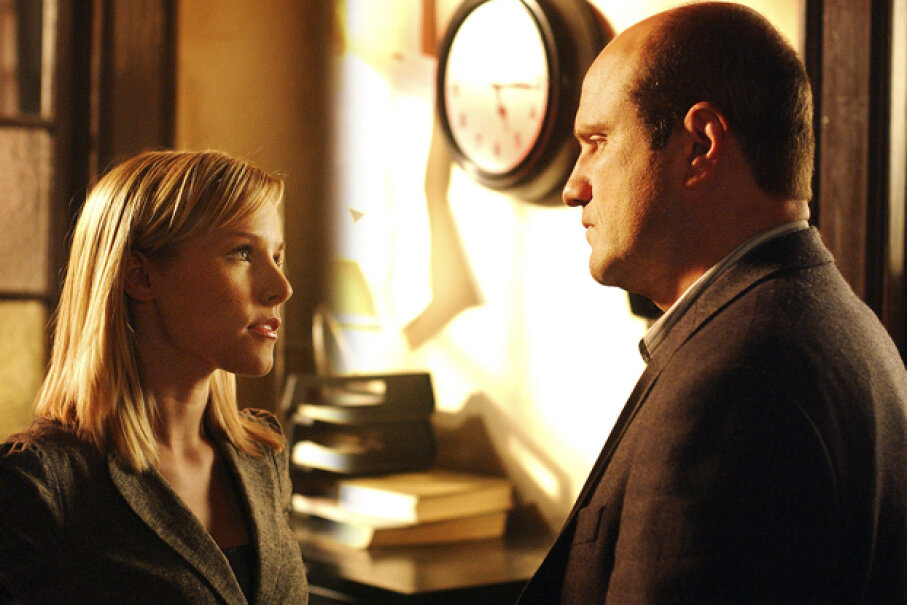 ‘Veronica Mars' had more loyal followers than most, because it was revived for a movie deal after fans donated money to a Kickstarter. CBS Photo Archive/Getty Images

The biggest mystery in this UPN and CW private investigator series is where the fans were hiding. The ratings were not great, and "Veronica Mars" lasted for three seasons, ending in 2007. Show creator Rob Thomas was its biggest fan and tried to keep it alive. He left loose ends at the close of the final season in hopes that there'd be an opportunity to tie them up. Thomas even pitched a spin-off series using a trailer on the "Veronica Mars" DVD. Do you think she'd hook up with the FBI?

Warner Brothers, who owned the rights to the show, wasn't interested. Finally, in 2012, Thomas and series star Kristen Bell got the go-ahead to make a "Veronica Mars" movie. They used Kickstarter's crowdfunding platform to raise money. Suddenly, fans were everywhere. Supporters went wild, pledging $1 million in four hours, a Kickstarter record. But Thomas and Bell were only halfway there. They had to wait another 12 hours to reach their goal of $2 million. Such patience. When time was up, the duo had received more than $5 million from about 90,000 donations. There's a clue in there somewhere... [source: Sneed]. 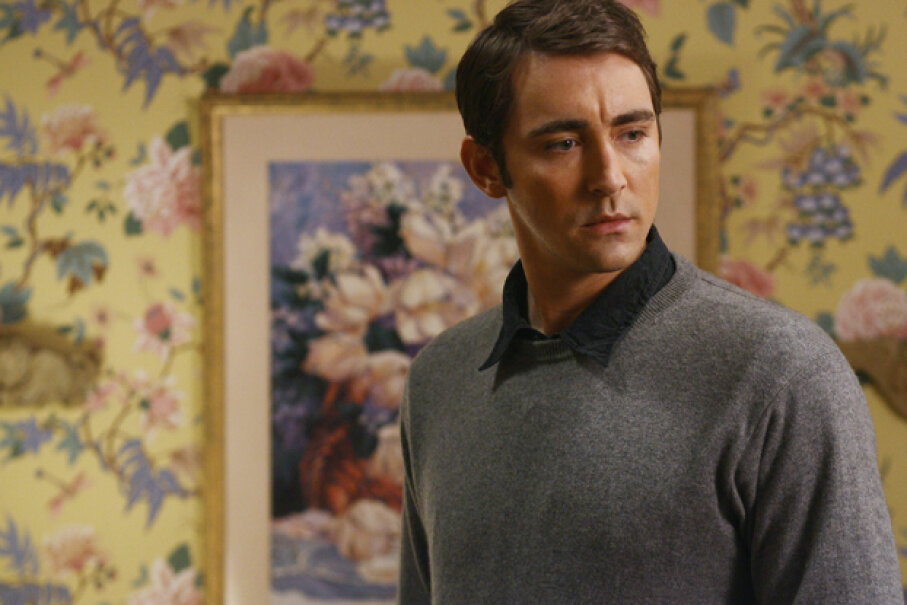 The 2008-2009 writers' strike interrupted the trajectory of numerous shows and 'Pushing Daisies' became one of the unfortunate casualities. Scott Garfield/Getty Images

Apple pie, peach pie, banana cream, cherry pie: ABC's "Pushing Daisies" is about a talented baker who makes yummy pastries. He also brings living things back to life by touching them. To complicate matters, if he lays hands on a second time, death returns. The pie man's side gig doesn't affect his business much, but it's frustrating when he resurrects the love of his life and can't even hold her hand. The show opened to much critical acclaim for its inventive, engaging pilot, great casting and entertaining writing. The pies were awesome, too.

Unfortunately during the second season, the 2008 to 2009 writers' strike interrupted the flow of the show and it never recovered. The series was canceled early in November, though all episodes aired. But never say "die." In 2014, show creator Bryan Fuller announced he was collaborating with Warner Brothers to bring "Pushing Daisies" back as movie or Broadway musical. Bring on the pie! 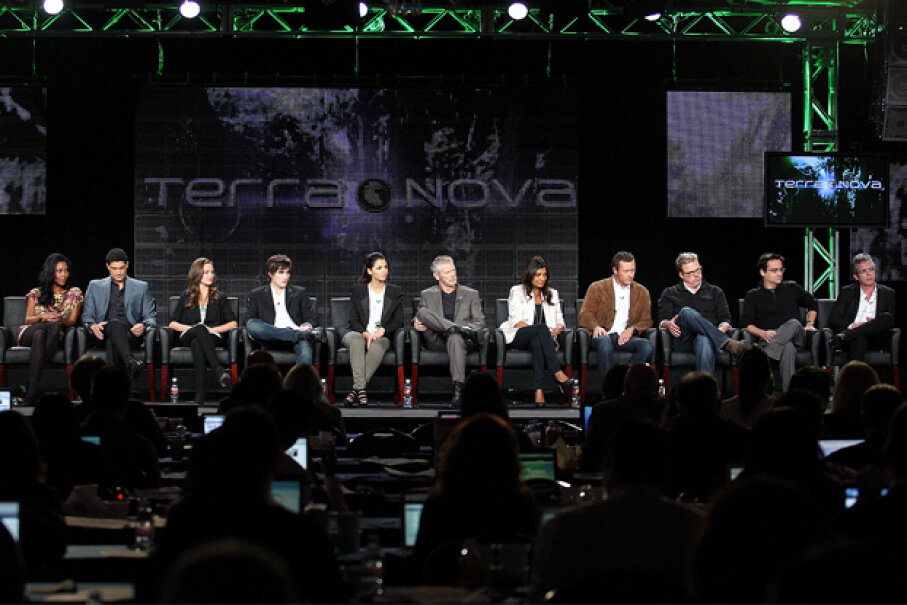 'Terra Nova' averaged nice ratings for its freshman season, but even that couldn't save it from dropping out of the on-air game. Frederick M. Brown/Stringer

Dinosaurs are cool, but they're also expensive. CGI dinosaurs don't come cheaply — but they're undoubtedly more affordable than real ones. FOX's 2011 series "Terra Nova" had humans traveling back 85 million years to mingle with the ancient creatures. The series was popular with critics and got decent ratings. Though it averaged 7.5 million viewers per episode, only a small percentage of them were in the important 18 to 49 demographic [source: Goldberg].

FOX made "Terra Nova" extinct three months after its finale aired, while show runners were developing the new storyline. "Terra Nova" had the distinction of being the highest-rated canceled show of the year. When DVR viewing was added, the show had an audience of more than 10 million [source: Hibberd]. Told you. Dinosaurs are way cool.