What are TV upfronts?

TV upfronts are a staple of the spring season in show business and advertising. Often these presentations and events are lavish, colorful and star-studded.
Jamie McCarthy/Getty Images

It's the third week of May in New York City. The snow has melted and the boroughs are ablaze with signs of spring, a sight that pales in comparison to the city's most colorful annual ritual: TV upfronts. These elaborate and over-the-top presentations have included everything from 40-foot sushi bars, roller skating parties, faux crystal meth labs and firework displays to stand-up comics and Broadway style song-and-dance numbers. The only constant is that the next year's is sure to be even more inventive [source: Biz Bash].

TV upfronts are presentations traditionally made by major television networks to preview upcoming fall series to advertisers, members of the press and producers at local stations. Upfronts mark the ceremonial end of the pilot season and offer an opportunity to put these pilots on display. Often, the upfronts mean putting the talent on display, too. The stars of pilots and popular returning shows are a big part of the meet-and-greets, signing autographs and taking photos with guests [source: Screenwriting].

Upfronts began in the 1960s as meetings between TV executives and marketers, but have morphed into a week of parties for advertisers, investors and fans. The term "upfronts" refers to the weeks of "upfront" ad sales that are launched during this time. The vast majority — as much as 80 percent — of television ads are purchased by advertisers between Memorial Day and the Fourth of July [source: Adalian]. If broadcast television networks were wheat farmers, upfronts would be their harvest.

Lavish, quirky and full of entertainment, upfronts continue to attract an audience, including advertisers with deep pockets. And, because upfronts showcase TV shows that are highly rated or expected to be highly rated, it makes an impact on the prices their advertising spots command. For example, during the 2013-14 upfront market, 30-second spots on CBS' "The Big Bang Theory" sold for an average of $317,160. On NBC, 30-second spots on "The Voice" brought an average of $273,714, while FOX's Wednesday night airing of "American Idol" went for $281,600 a spot and ABC's "Modern Family" sold for $249,025. Overall, the resulting advance airtime orders between all four networks — ABC, CBS, NBC and Fox -- can net as much as $9 billion during the upfronts season [source: Steinberg].

In addition to the four big networks, digital media companies and publishers have started to host upfronts. The companies are competing for the same advertising dollars, but their upfronts have been dubbed digital "NewFronts" that are no less over-the-top. The social gaming brand Zynga, for example, hosted a NewFront that featured a petting zoo with actors dressed as animals, a photo booth with a Words with Friends backdrop and a back room in which guests could play poker [source: Biz Bash]. 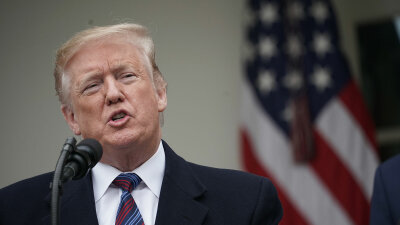 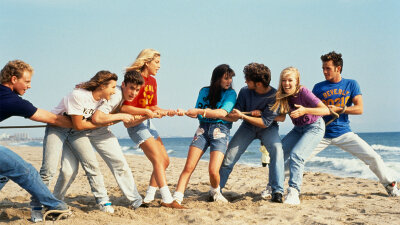 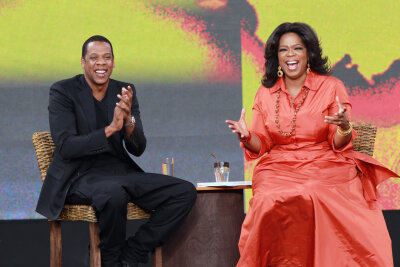