Browse the article 10 Highest-paid TV Actors of All Time 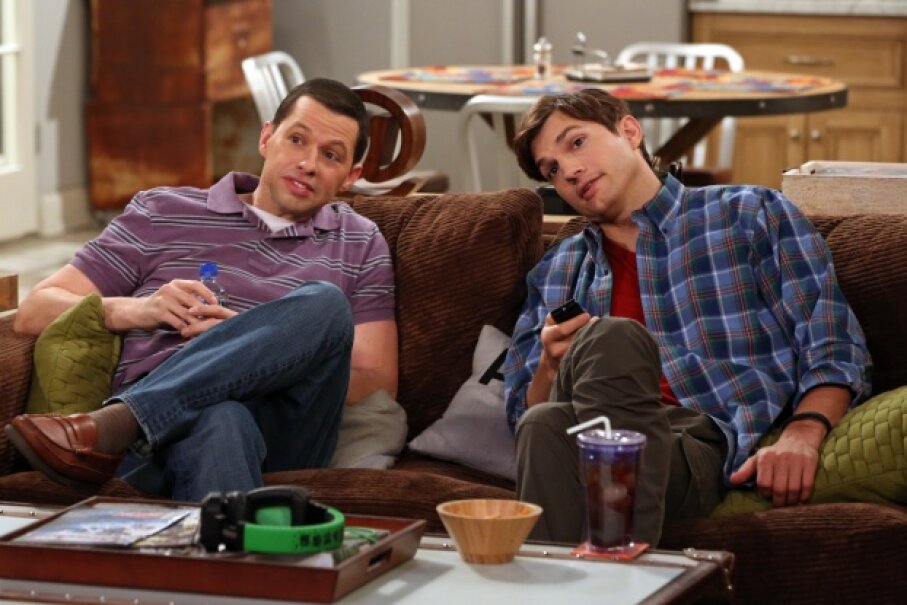 TV actors’ salaries can skyrocket when a show is a hit, like “Two and a Half Men.” Michael Yarish/CBS via Getty Images

What does it take to get the big bucks on TV in the U.S.? We're not talking just good salaries, or even great salaries, but sky-high earnings? It helps to have a hit show. If you're a star of a No. 1-rated series, you'll probably feel the network's appreciation. Sometimes actors at the top get their pay doubled. If you have a history of hits, even better. A proven track record is a network's dream.

There are other ways to get membership in this exclusive club. Movies stars that make the switch from the big screen to the TV screen sometimes draw huge salaries because they draw huge audiences. Leads in premium cable shows might have extremely high weekly paychecks because there are fewer paydays. Typically, cable series don't make as many episodes per season as broadcast shows. Also, a cast that negotiates as a group may have a better chance of winning. There's strength in numbers. Check out the following numbers for the salaries of America's best-paid TV performers. 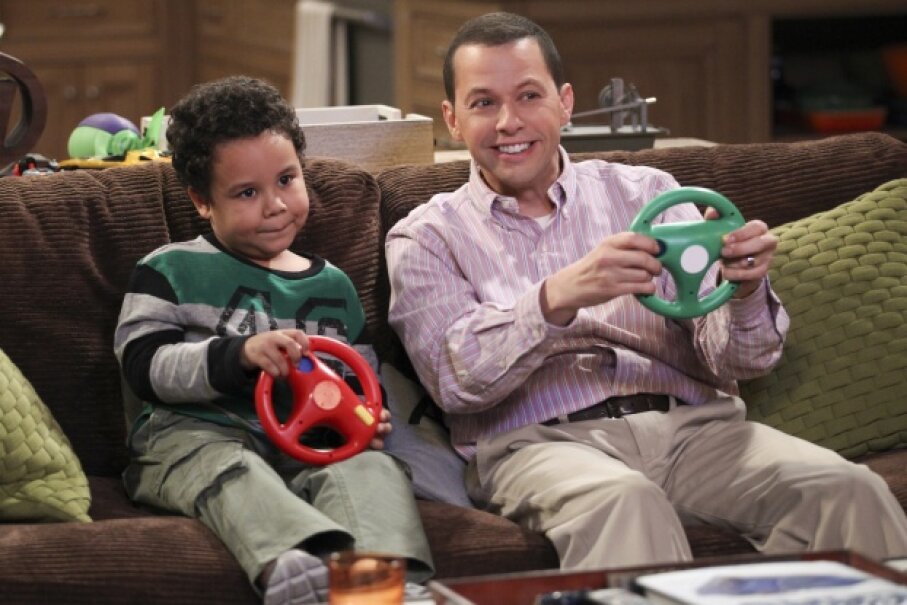 Jon Cryer’s salary is even more than that of two and a half millionaires. Cliff Lipson/CBS via Getty Images

"Two and a Half Men" were making enough money for 100 men. Jon Cryer, one of the stars of the highly rated CBS sitcom, earned $650,000 per episode [source: CBS News]. In 2003, Cryer originated the character of Alan Harper, an ever-anxious single dad of one son. Cryer grounded the show as the comedic man to other, more flamboyant lead characters. Portraying a hapless soul who's the butt of many jokes has other rewards, too. Cryer won two Emmys for the role.

Prior to "Two and a Half Men," Cryer worked on Broadway ("Brighton Beach Memoirs" and "Torch Song Trilogy") and in Hollywood (who could forget his character Ducky in "Pretty in Pink"?). He'd also had his share of less-than-successful series, including "The Fabulous Teddy Z," "Partners" and "Getting Personal." The final episode of "Two and a Half Men" aired in 2015. Cryer was the only primary cast member who stuck it out the entire time. 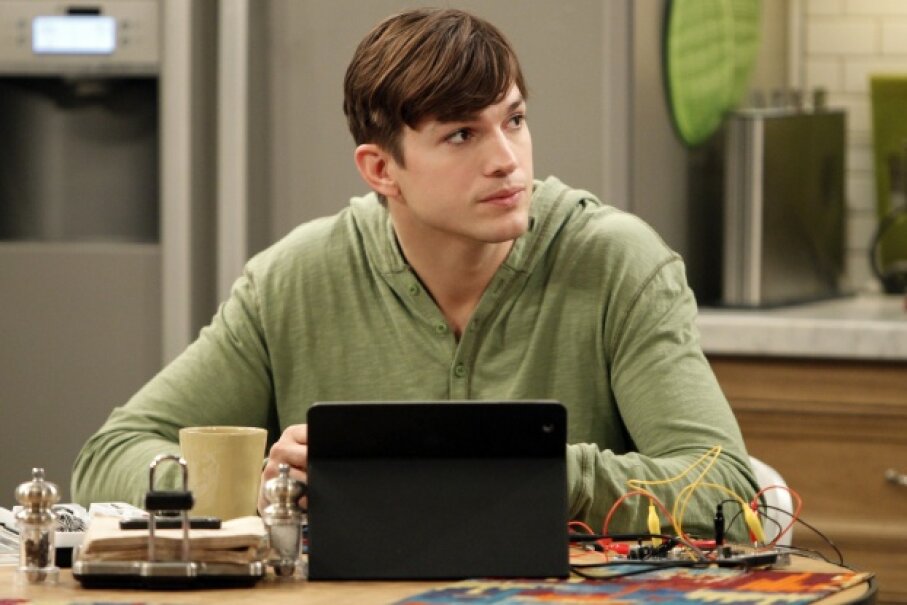 Ashton Kutcher was already extremely successful before he joined the cast of the TV ratings gold mine “Two and a Half Men.” Sonja Flemming/CBS via Getty Images

Ashton Kutcher replaced the star of one of the hottest shows on television. No sweat. Charlie Sheen's lead character, also named "Charlie," was killed off on CBS' "Two and a Half Men" in 2011. The network tapped TV and movie actor Ashton Kutcher ("That '70s Show," "Personal Effects") to take over for both Charlies. Kutcher appeared as billionaire Walden Schmidt, who buys Charlie's heavily mortgaged home and lets grieving brother Alan stick around.

The ratings stuck around as well. Initially, they were huge. Kutcher's first episode drew the biggest audience ever for the series [source: The Huffington Post]. Viewership dropped a bit after that but remained solid. Kutcher's reward: $750,000 per episode [source: TV Guide]. Told you not to worry. 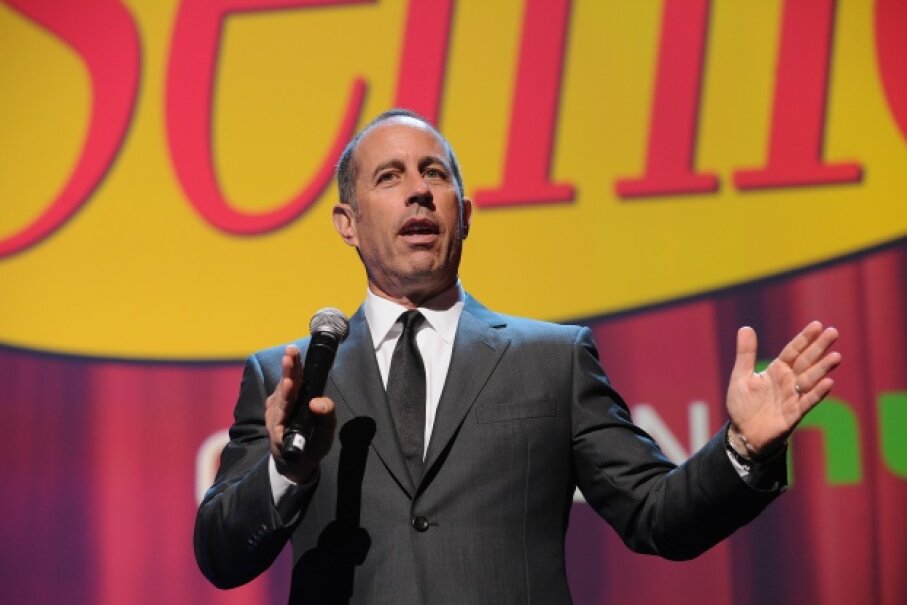 Jerry Seinfeld continued to make money off “Seinfeld” even after the long-running show ended. Craig Barritt/Getty Images for Hulu

For a show about "nothing," "Seinfeld" made a big splash. It won 10 Emmy awards [source: CNN]. America welcomed catchphrases, such as "no soup for you" and "yada, yada, yada," into daily language. Debuting on NBC in 1989, the comedy didn't have typical heartwarming moments; the characters were aloof and self-absorbed. This detachment earned Jerry Seinfeld, who played a fictional version of himself, $1 million per episode [source: Pener and Shaw]. It also gave him bragging rights: Seinfeld was the first sitcom actor to hit that mark [source: Hontz]. He had made his own way to the top, co-creating the series with Larry David.

NBC tried to entice Seinfeld to extend the life of the show, offering him $5 million an episode for the 1998 to 1999 season. Seinfeld declined, wanting the series to end on a high point. The money wasn't really an issue anyway. In the 16 years immediately following the finale, "Seinfeld" reruns brought in more than $3 billion. 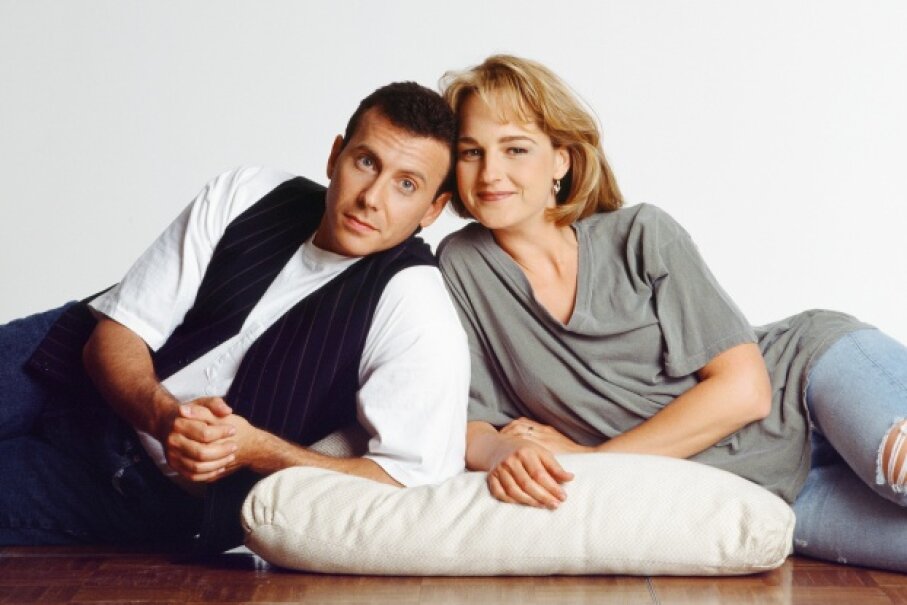 Helen Hunt and Paul Reiser fought for a huge pay raise as the stars of “Mad About You” and won. Chris Haston/NBC/NBCU Photo Bank via Getty Images

Better safe than sorry. That must be what NBC executives were thinking in 1998 when they agreed to pay "Mad About You" stars Helen Hunt and Paul Reiser $1 million an episode. Timing was crucial; the deal was sealed hours before Hunt won the best actress Academy Award for "As Good as It Gets." It gets pretty good: That's four times their previous salaries for playing an NYC couple [source: Hontz]. If the network had hesitated, Hunt's Oscar win would have put her in an even stronger negotiating position.

NBC made a prudent bet. "Mad About You" had solid ratings since its 1992 debut. During the 1997 to '98 season, the series averaged 14.3 million viewers [source: Huff]. The network needed "Mad" to maintain a strong Thursday night lineup, because "Seinfeld" was ending. Well played, NBC, well played. 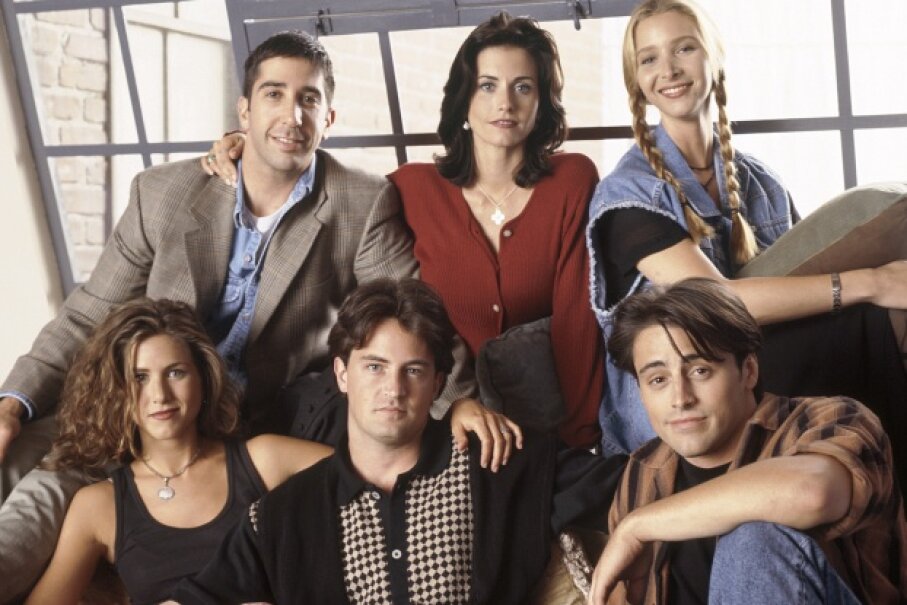 The cast of “Friends” probably got even more friendly when their salaries shot up to $1 million per episode. Reisig & Taylor/NBC/NBCU Photo Bank via Getty Images

Though their characters may not always have been financially successful, the stars of NBC's "Friends" kept shooting up the salary scale. In 1996, the entire cast held out for a salary jump to $100,000, which more than doubled their prior salaries [source: Lowry]. In 2000, that was bumped up to $750,000. Two years later, Jennifer Aniston, Courteney Cox, Lisa Kudrow, Matt LeBlanc, Matthew Perry and David Schwimmer were each promised a cool $1 million per episode for the highest-rated show on television [source: Carter]. Adjusted for 2014 inflation, that comes to over $1.3 million weekly [source: Stock]. Syndication revenue was icing on the cake.

In 2014, Kudrow discussed the issue of exceptionally high actor's salaries with The Huffington Post. She pointed out that the earnings don't bankrupt networks, which rake in money from their highest-rated shows. In addition, television actors are essentially freelance employees with no idea how long they'll be in the limelight. It makes sense to grab for the gusto during good times. Who knows how long they'll all be friends?

Leads from "The Big Bang Theory" 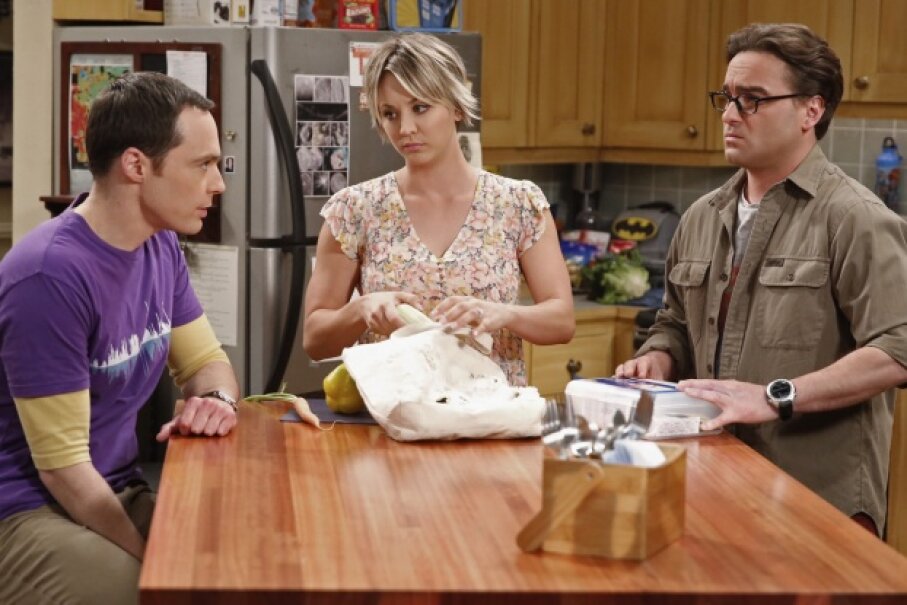 The three leads of “The Big Bang Theory,” TV’s No. 1 comedy, have pretty explosive salaries. Monty Brinton/CBS via Getty Images

Friends that stay together get paid together. Just like the NBC pals from 2002, Jim Parsons, Johnny Galecki and Kaley Cuoco used teamwork in 2014 to negotiate their contracts for the eighth, ninth and 10th seasons of the CBS sitcom "The Big Bang Theory." According to The Hollywood Reporter, each actor is guaranteed $1 million per episode, as well as producing pacts that may increase their income to $100 million over the life of the contract. Parsons' three Emmy wins have earned him additional "consideration" as well. Quite a jump from their previous episodic salaries of $350,000.

As the No. 1 comedy in primetime, "Big Bang" still brings in about 5 million fewer viewers than "Friends" did in its heyday [source: Goldberg]. The ratings for the all-important 18-to-49-year-old demographic are only half of what "Friends" generated. But in 2013 and 2014, advertisers paid top dollar for commercial time on "Big Bang." Only "Sunday Night Football" ads cost more. Take that, friends. 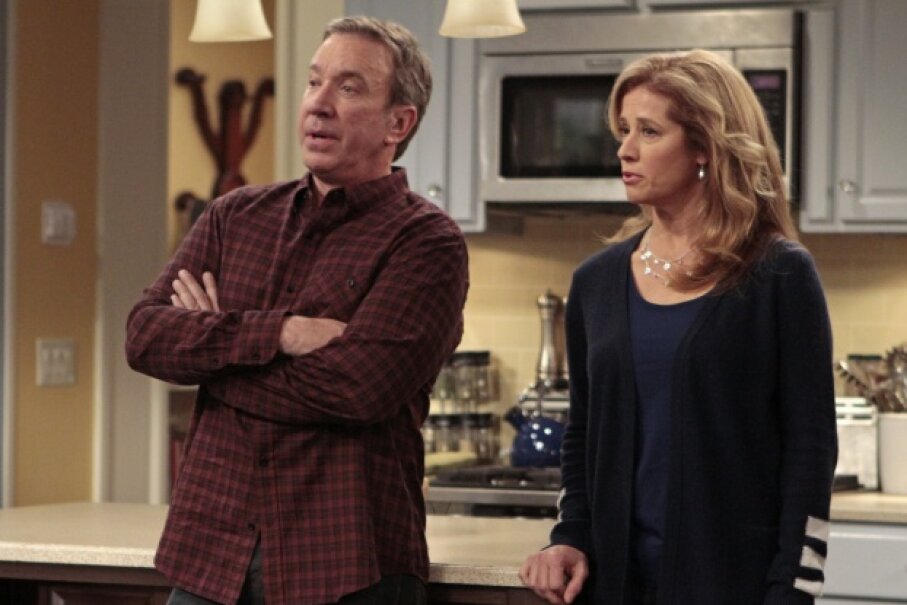 From drug dealer to stand-up comedian to TV star to best-selling author to box office draw: Tim Allen has been busy with self-improvement. It's no wonder, then, that in 1998, NBC paid the "Home Improvement" star $1.25 million per episode [source: Flint]. Even though the popular comedy had fallen out of the top 10, it was still in a respectable 14th place overall [source: Ryan]. Allen hoped to boost ratings the following year with a stronger time slot.

The 1998 to 1999 season proved to be the last for "Home Improvement," but Allen managed to keep busy. Film projects included his role as Buzz Lightyear in the "Toy Story" film franchise, as well as further installments in the "The Santa Clause" series. In 2011, Allen returned with another successful television series, "Last Man Standing." The roles just keep coming, to infinity and beyond. 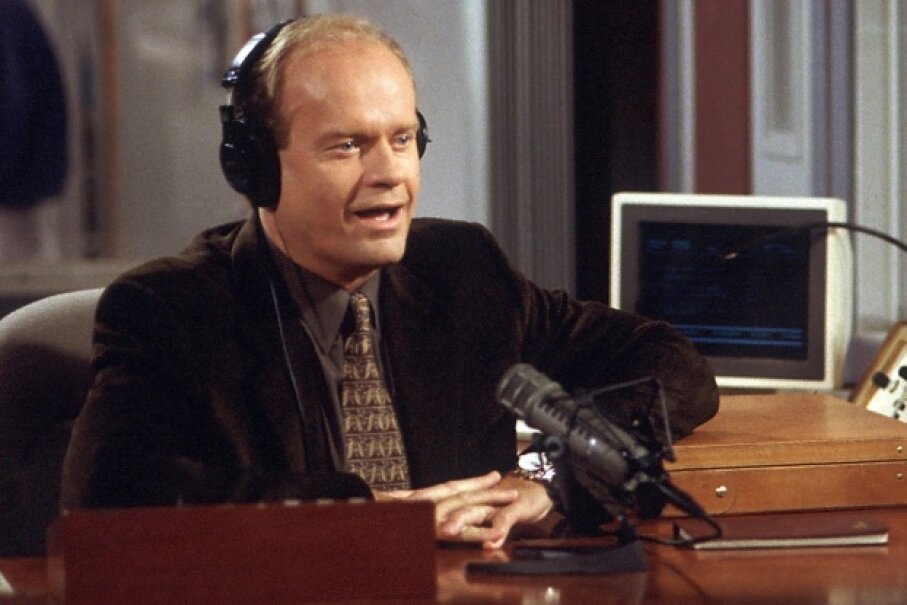 Kelsey Grammer’s supporting role in the TV hit “Cheers” was so beloved that the actor scored a lead role in the Emmy-winning “Frasier.” NBCU Photo Bank/Getty Images

Analyze this: In the mid-1980s to early 1990s, Kelsey Grammer had a sweet supporting role as psychiatrist Frasier Crane on the hit NBC series "Cheers." Originally scheduled for a four-episode guest appearance, Grammer's character was a hit and became a regular. When "Cheers" ended in 1993, "Frasier" was born.

The audience loved the show, and so did the Academy of Television Arts and Sciences. "Frasier" received 107 Emmy nominations and 37 awards, including ones for outstanding comedy show and comedy writing. Grammer personally won four Emmys for his portrayal of the long-suffering, insufferable call-in radio host [source: Television Academy]. NBC couldn't help but give him a raise — to the tune of $1.6 million an episode for the 2002 and 2003 seasons. The pay bump netted Grammer about $75 million for the show's final two years [source: Adalian]. Turns out, this analysis is easy: That's a whole lotta money. 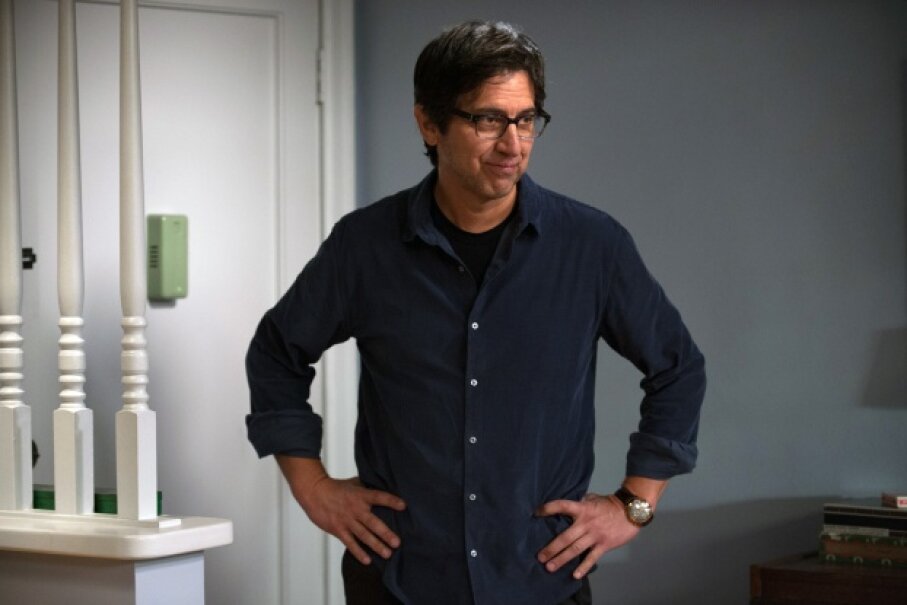 "Everybody Loves Raymond." Well, almost everybody. The viewers did. The series ran from 1996 to 2005, and during its last season it was the only sitcom in the top 10 [source: FOX News]. The finale captured about one-third of the total viewing audience [source: Heritage]. The Academy of Television Arts and Sciences also appreciated the series: It won 13 Emmys. However, around the homestead, love wasn't always in the air. Raymond's sitcom family was often angry, put out or exasperated with him.

CBS loved the star of the show, Ray Romano, and made him the highest-paid TV actor at the time, at $1.8 million per episode [source: Silverman]. That's a significant bump from his previous weekly salary of $800,000. All told, Romano earned about $50 million for the season. He monitored the affection, however, observing, "The trick is to get out when you're still wanted. Not too soon but not too late." 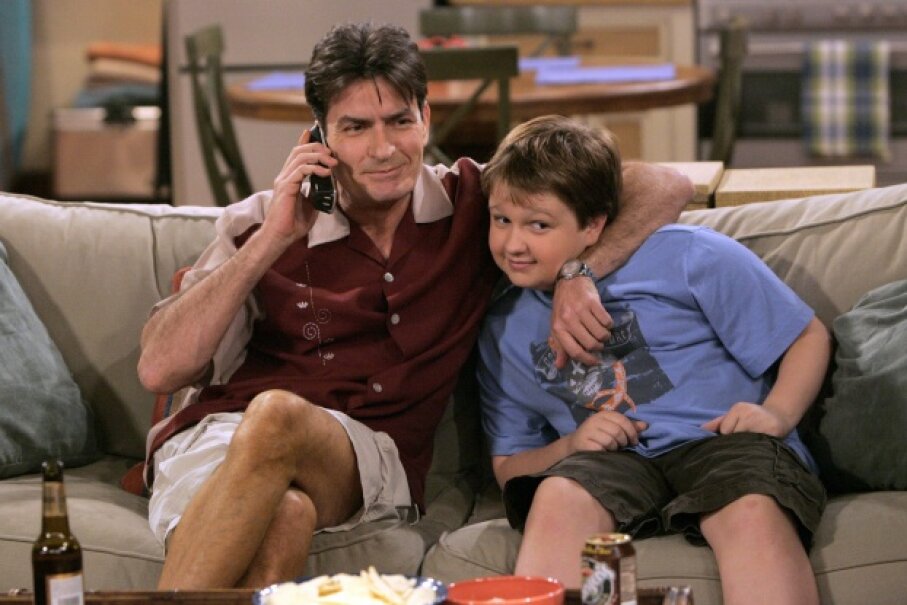 The love was gone. In 2011, when "Two and a Half Men" was the top sitcom on CBS, its star, Charlie Sheen, was fired. Warner Brothers, the production company, claimed the actor couldn't collaborate, had difficulty learning lines, made negative statements and wasn't physically in a condition to work. Assertions were also made about drug abuse and violent behavior. WB ended the relationship, even though Sheen was committed to eight more episodes that season and 24 the next. Sheen lost a job that was paying him about $2 million an episode [source: Carter].

CBS killed off Sheen's character, and "Two and a Half Men" continued. Ashton Kutcher was hired to fill the void, and the next season of "Men" opened with its highest ratings ever [source: The Huffington Post]. Sheen didn't mope around. By 2012, he had a new series, "Anger Management," on FX. With 6 million viewers, its premiere episode set a cable record for sitcoms [source: Rosenbaum and Piester]. The love was back.

Disney+ launches in November and will give Netflix and other streaming companies a run for their money. HowStuffWorks breaks down the new service.