What is TV Everywhere? 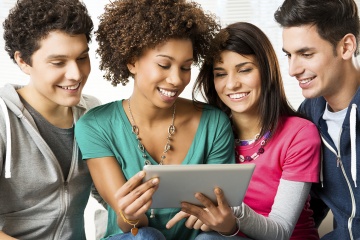 It's your favorite TV lineup of the week, but instead of feeling happy, you're faced with a dilemma. How can you watch your favorite shows but still fix a quick lunch and hang out by the backyard swimming pool?

Just as you're wondering why TV sets aren't installed in the pantry or overlooking the outdoor patio, the perfect solution presents itself. You head into the kitchen, grab your smartphone, log in to an app and start streaming your favorite shows in real time. After lunch, you switch to your tablet, then keep watching as you head out to the pool. It's TV, everywhere.

"TV Everywhere" is the newest weapon cable networks are employing to fight cord-cutting viewers. As more viewers cancel pay television subscriptions and migrate to online on-demand services like Hulu, Netflix, YouTube and Amazon, the hope is that TV Everywhere will keep them coming back to cable providers for more. And it may be starting to work. A December 2013 survey of 4,205 pay television subscribers revealed that 21 percent used a TV Everywhere service at least once a month and 90 percent of those who used it were satisfied with the service [source: Baumgartner].

How does it work? As an added service to subscribers, cable networks give customers access to content through live or on-demand Internet-based services. This allows subscribers to view programs on devices other than a TV. Subscribers sign into their customer accounts or use a dedicated app to authenticate their identities, then watch their favorite shows anywhere their devices receive a wireless signal — from their own backyards to far-flung locations like airport waiting areas or hotel rooms.

TV Everywhere, also known as authenticated streaming or authenticated video on demand, is designed so that subscribers can access content across multiple platforms. This includes not only mobile devices like smartphones and tablets, but video game consoles, laptops and smart TVs.

Even with TV Everywhere, you may not be able to watch every episode of every show. Each network will determine which shows will be aired, a decision that can be based on the rights a network owns to a particular show or program. For example, a network may own the rights to air a movie on its customers' TV sets but not to its customers' wireless devices [source: KPU].

While TV Everywhere is one of the most recent adaptions to bring consumers programming the way they prefer to watch it, it may only be the first step toward making programming more portable.

How do talk shows work?
How do I get on a game show?
How Sweeps Week Works