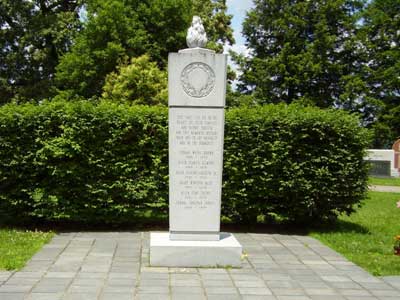 Even before the 1970 season, Marshall University's football program had experienced some difficulties. The team had a poor record in the 1960s, including seasons with no winning games. In 1962, its stadium was condemned for health and safety violations. In 1969, the Mid-American Conference expelled Marshall from its ranks because of recruiting violations. At the time of the crash, Marshall was part of the National Collegiate Athletic Association (NCAA) but was on probation due to the same allegations.

By 1970, the school had made some improvements. Fairfield Stadium had undergone a full renovation, and its playing field had fresh Astroturf. Although 1970 was not a winning season, the team's last game against East Carolina University was close. Marshall lost with a score of 14 to 17.

The crash affected both the University and the surrounding community. After the crash, government offices and local businesses were closed. The University cancelled many activities and held a memorial service at the stadium on Sunday, November 15. It also cancelled Monday's classes. Funeral and memorial services took place over the following weeks. The bodies of six football players that could not be identified were buried together at Spring Hill Cemetery, which overlooks the Marshall campus.

On March 17, 1971, Jack Lengyel became Marshall University's new football coach. Assistant Coach Red Dawson, who had made the trip back to West Virginia by car, returned to coach for one year. With the help of other surviving faculty and staff members, they began assembling a new football team.

They started with the players who had not been on board the flight because of injuries, academic conflicts and other reasons. To these players they added athletes who played other sports. The school also requested permission from the NCAA to allow freshmen to play, which the NCAA granted. Lengyel re-named the team the Young Thundering Herd until it regained its original 4-year class structure.

The Young Thundering Herd lost its first game, which was against Morehead. But it won its second game -- its first home game -- against Xavier University with a score of 15 to 13. The team won one other game in the 1971 season.

The Thundering Herd began to have winning seasons in 1984. Marshall played in the NCAA division I-AA playoff in 1987 and won the Southern Conference football championship in 1988. In 1992 and 1996, Marshall was the NCAA Division I-AA champion. The team moved into division I-A in 1997 and won its first bowl game in 1998.

The 1970 tragedy is still a part of life at Marshall and in the city of Huntington. An annual memorial ceremony takes place at the Memorial Student Center fountain, which was dedicated on November 12, 1972. After this ceremony, the school turns off the water to the fountain until spring. 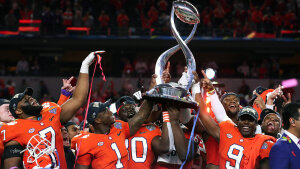 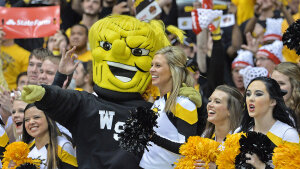