"We Are Marshall": Analyzing the Data of Flight 932 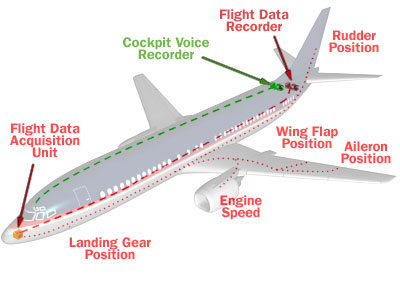 During the investigation, the NTSB analyzed the airplane's instruments as well as the crew's behavior. The plane was clearly flying too low, and the NTSB wanted to determine why. In addition, the flight data recorder (FDR) showed the plane twice overshooting and then correcting its rate of descent. This suggested that the pilot may have been compensating for incorrect instrument readings.

Officials conducted extensive tests on the planes' barometric altimeters. The analysis revealed that both the pilot's and the first officer's instruments may have malfunctioned. They seemed to report that the airplane was 300 feet (91.4 meters) higher than it really was. However, the impact of the crash may have caused both altimeters to report incorrect altitudes.

The CVR also recorded a comment from the flight's charter coordinator, a Southern Airways employee who was in the cockpit just before the crash. The flight coordinator's duties required him to talk to the pilot, so he was allowed to be in the cockpit. Shortly before the crash, he remarked, "Bet'll be a missed approach." Investigators believed that he noticed that the plane was approaching MDA but had not made visual contact with the airport. This would require the airplane to level off and turn around. The FDR data suggests that the pilot tried to do just that before striking the trees.

The NTSB found a few points at which the pilot or first officer did not strictly adhere to landing procedures on approach to Tri-State Airport. For example, it appears that the pilot attempted to level off only after he reached minimum descent altitude. Doing so would allow the plane to pass through MDA and continue to descend while it leveled off. However, since the tops of the trees were more than 300 feet below MDA, leveling off earlier would not likely have prevented the crash. In fact, the only thing that would most likely have prevented the crash was a glide slope at the airport. Tri-State airport installed a glide slope using federal funds in 1972.