Was Major Tom a real astronaut? 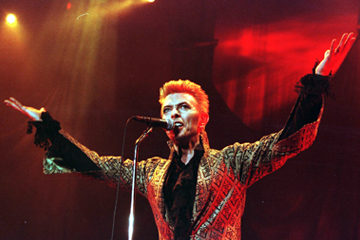 Major Tom has been a recurring character throughout David Bowie's career, but was he actually a real live astronaut?
Gijsbert Hanekroot/Getty Images

In 1967, David Bowie released his first album in the United Kingdom. The album contained a track about an astronaut named Major Tom, who pleas for someone to tell his wife he loves her as he floats off into space. The song, "Space Oddity," and its central character could have easily been brushed off as a creative product of the psychedelic '60s — Sgt. Pepper anyone? — until Major Tom reappeared just over a decade later in another Bowie track. The 1980 track "Ashes to Ashes," a sequel to "Space Oddity" that referred to Major Tom as a junkie, "strung out in heaven's high."

Of course, Bowie was known for his wild imagination, so even with this character featured in two different songs, there was still no major reason to assume Major Tom was based on a real astronaut. Then, the intergalactic traveler showed up again in a track by German artist Peter Schilling in 1983. Schilling's tune, "Major Tom (I'm Coming Home)" retold the tragic story of Major Tom over a thumping techno beat, with completely different lyrics than the Bowie original.

Surely, the fact that multiple artists were referencing this unlucky spaceman meant that he must have been based on a real person, right? While in real life there were two Apollo astronauts named Tom, neither were a Major, and both made it safely back to Earth without incident — namely, Thomas P. Stafford of Apollo 10 and Thomas K. Mattingly of Apollo 16 [source: The Straight Dope].

So where did "Major Tom" come from? Thanks to its release date in the late '60s — the track was released in the United States in 1969, right around the time of the moon landing. Many mistakenly believe that the moon landing inspired Bowie's song. Instead, Bowie revealed in a 2003 interview that the character Major Tom was actually inspired by Stanley Kubrick's "2001: A Space Odyssey," combined with copious amounts of drugs [source: Hutchinson].

When he came back to Major Tom in "Ashes to Ashes," Bowie was likely using the character to reference his own struggle with substance abuse [source: The Straight Dope]. As for Peter Schilling's reference — while his track was clearly a sequel of sorts to the original Bowie song — he never spoke publicly about his motivation for releasing the tune. It's possible he was simply piggybacking off of Bowie's name and success — "Major Tom (I'm Coming Home)" was Schilling's biggest international hit, and his only top 40 hit in the United States [source: Songfacts.com]. 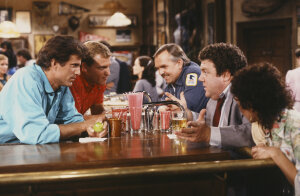 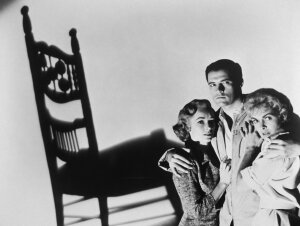 Why is scary music scary? 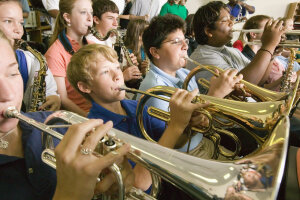 10 Connections Between Physics and Music