The Business of Music 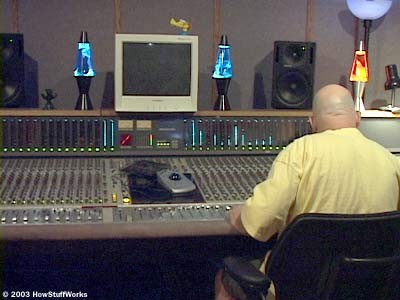 Now that you understand how a record label is organized and what the A&R department does, it's time to take you through the steps a record company goes through when it decides to sign an artist. To understand this process, let's take a look at a rock group we'll call "Band X," and a record label we'll call "For Example Records."

Before artists can be signed, they have to be discovered. Imagine, for this example, that Band X is discovered after an A&R representative from For Example Records goes to see Band X at a live show. Before the A&R person went to the show, he was given a demo tape by a trusted source and did his research on the band. At the club, he likes what he sees and now must convince the entire A&R staff to sign the band. When they are in agreement, the band is signed and the wheels go into motion.

Band X must now plan its album. The A&R director and producer decide on the concept of the album and select the songs that will be on the album. For Example Records gives Band X a budget, which is used for studio musicians, studio engineers and studio time. The A&R executive then coordinates a time for the band to begin recording the album. (In the past, record labels had their own "in-house" recording studios, but today most record labels use independent recording studios.)

As this is going on, the other departments of the record company are in full swing. A budget is allotted for advertising, art, publicity and promotion. As graphic artists, designers and copywriters begin their work, the A&R department, as well as publicity, marketing and sales, decide on a release date for the album. The artist development department (along with other departments) plans the live performances, promotional tour and radio and TV appearances. The record company must make sure that there is promotion for Band X on the national, regional and local level (depending on how much money the label is willing to spend).

Near the time that the album will be released, the label's departments are working hard to secure press coverage and exposure for the band. All the machine's parts are working together to make sure that Band X's album will sell many copies, ensuring the success of everyone involved, from the artist to the radio stations to the CD stores.

This is just a sampling of some of the things that happen when a record label signs an artist. As you can tell, the music business is not just parties and hanging out with rock stars. A record label must do a great deal of work to discover, sign, produce, promote, distribute and sell an album.