by Laurie L. Dove Jan 14, 2016
What's the secret of how the Emmy, Tony, Oscar, Hugo and Grammy Awards got their names? Getty/Corbis/HowStuffWorks

Oscar. Emmy. Tony. These are familiar names in the entertainment industry — especially when it comes to prestigious awards. The origin stories behind these names, however, can be uncharted territory for even their biggest fans. So why not bolster your Oscar party cred with little-known history about these famous monikers?

Oscar may be the most recognizable man in the world, but no one's really sure where this iconic gold-plate statuette's name originated. Originally called the Academy Award of Merit, we mostly now know him simply as "Oscar."

Oscar, an enduring symbol of excellence in filmmaking, has been awarded by the Academy of Motion Picture Arts and Sciences annually since 1929. And there is an equally persistent story about his nickname. Not long after the statuette was sculpted, Academy librarian Margaret Herrick quipped that he reminded her of her Uncle Oscar. Herrick went on to become the Academy's executive director, carrying the nickname with her. By 1939, the Academy made Oscar's nickname official.

That's Ms. Tony to You

Since 1947, the American Theatre Wing has presented the Tony Award to honor excellence in the theater. And for nearly as long, many have assumed “Tony” is named for a dude. The truth is, the Tony Award is a shortened version of the Antoinette Perry Award for Excellence in Theatre.

In the early 20th century, American theater production was dominated by men with money. Then along came Antoinette Perry. A born actress, Perry left finishing school in the early 1900s, rose from bit parts to leading lady, and eventually became the American theater industry's first notable independent female producer and director. Until the 1970s, Perry was the only female director with a track record of theatrical successes spanning 500 or more performances — and her name lives on with the Tony Awards.

Since 1949, the Emmy Awards have become an annual tradition that recognizes excellence in television and—more recently—emerging media. The Emmy Awards are symbolized by a gilded statuette depicting the feminine "muse of art uplifting the electron of science," according to the Academy of Television Arts & Sciences, an organization behind the awards.

The elegant statuette is behind the feminization of the first iteration of the award's name. Originally, then-Academy president Harry Lubcke proposed "Immy" as the award's name, as a nod to a technical development that made television a household device. The image orthicon camera tube was an integral part of TVs of the time, and the invention's nickname, "Immy," was a clear choice. After seeing the svelte statuette, however, the Academy was inspired to call the award "Emmy."

When Grammy Was a Baby

In the late 1940s, a handful of record company executives took part in a Hollywood beautification campaign that included selecting honorees for the Hollywood Walk of Fame. As the music executives talked, they bemoaned the fact that the Motion Picture Academy and Television Academy had Oscar and Emmy awards, but they had nothing to show for their efforts. Soon after, Grammy was born as a way to honor excellence in the recording industry.

The Grammy Award is a gold-plated replica of a gramophone — one of the earliest recording and record-playing devices — atop a base affixed with a personalized plate. Grammy spent her early years being called "Eddie," as a nod to Thomas Edison, who invented the gramophone. Eventually, however, she grew into name and is still called Grammy today.

The Festival de Cannes is an international film festival that has been held nearly annually in Cannes, France, since 1946. (There were two years, 1948 and 1950, when the festival was postponed.)

Of all the awards handed out at the celebrated Cannes Film Festival, the most coveted is the Palme d'Or. The Palme d'Or is awarded to the competition's best feature film and best short film. Some notable past Palme d'Or winners include "Pulp Fiction" by Quentin Tarantino (1994) and “Fahrenheit 911” by Michael Moore (2004).

Contrary to popular belief, the Palme d'Or, or "golden palm" award, is not simply an arbitrary tropical motif. The Palm d'Or Award, symbolized by a gilded palm frond, is actually a tribute to the official coat of arms of the city of Cannes.

The Eisners are comic book-industry awards named after innovative cartoonist Will Eisner, best known for his work on "The Spirit."

The Horror Writers Association awards the [http://horror.org/bram-stoker-awards/]Stokers each year, choosing Bram Stoker, the author of "Dracula," as inspiration.

The Beard Awards are an annual honor in the American food industry, going to chefs, restaurants and writers who honor the legacy of cookbook author and food journalist James Beard.

Now That's Cool
The Pritzker Prize, the highest honor in architecture, takes its name from industrialist and entrepreneur Jay Pritzker, who established the honors in 1979. The 2016 award went to Chilean architect Alejandro Aravena.

Our Closest Look Ever at Pluto’s Weird, Beautiful Surface 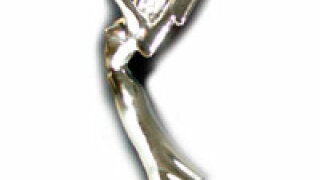 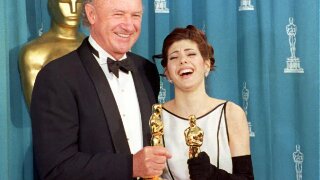