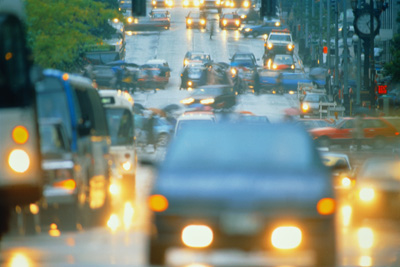 The problem was rats, too few rats. Director Werner Herzog envisioned thousands of them running through the streets of Delft and across a square for one scene of "Nosferatu" (1978). Delft was too tidy, and rat special effects would not be convincing. But the town's council had just spent a lot of money ridding the town sewers of rats and didn't want to see them return. The solution: An agreement to let the rats run -- and to take extraordinary precautions to keep them out of the sewers [source: Kawin].

Another problem was rain, too much rain. When pouring rain spoiled the chance for scheduled sunny-day shooting, filming on "Avalon" (1990) headed for a different location. That meant moving the company, the equipment and the trucks. But on the way there, the line director got a call. The director and producer now wanted to shoot the scene in winter. They'd film in the rain and make it look like snow. The solution: The line producer turned everyone around, and they headed back [source: Crouch].

These are the situations that bedevil line producers. Whether they're finding room in the budget for rat wranglers or turning on a dime to meet unanticipated demands, line producers have a challenging career. They develop the initial production budget for a film, work to secure the crew and equipment needed and then oversee expenses and scheduling day to day to make sure the film says on time and on budget -- while handling any crises that may occur along the way [source: Producers Guild of America].

What exactly do line producers do? And what skills does a line director need? Let's start with a closer look at the line producer's responsibilities.