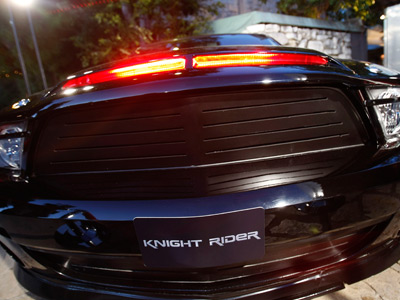 When "Knight Rider" premiered 26 years ago, the idea of a talking car was preposterous, outrageous and completely cool. With David Hasselhoff behind the wheel of the chatty Knight Industries Two Thousand, or KITT, the action series ran for four years before it ran out of juice.

Last February, "Knight Rider" was resurrected as a two-hour movie, with a supped up KITT and a new star in Justin Bruening. He plays Mike Traceur, son of Hasselhoff's Michael Knight. Drawing 12.7 million viewers during the all-important sweeps made a spin-off version the next logical step, and it quickly got the green light from the network.

But soon it became clear that while the nostalgia factor might have been enough to pique interest in a TV movie, it wouldn't be enough to hold an audience on a weekly basis. And neither would a talking car. Thanks to OnStar and GPS, "Everybody's car talks now," reminds series producer Gary Scott Thompson, a fan of the original. Thompson realized that to interest a generation that grew up with "Transformers," the Batmobile-turned-Batpod in "The Dark Knight" and a plethora of video games, KITT would have to be nothing short of spectacular, and the action -- to reference the title of a movie Thompson scripted -- had to be fast and furious.

"Audiences won't sit still for people just talking anymore. There are too many options out there --movies, hundreds of channels, video games. Our competition is Xbox and Playstation," Thompson points out. To get new, younger fans to tune in along with fans of the original, "We had to make it faster paced while telling entertaining stories," he notes. "The idea is to do a 43-minute movie every week. This is arguably the biggest show in TV, between the stunts, the cars, the visual effects and special effects," he says.

Bruening and his team, played by Deanna Russo, Yancey Arias, Sydney Tamiia Poitier, Paul Campbell, Smith Cho and Bruce Davidson, operate out of a high-tech KITT Cave in the series, which "is much more in the 'Mission: Impossible' vein," says Thompson. But as he, Bruening, and everyone else involved readily concede, the centerpiece and star of the show is undeniably the car, and a lot of work went into making a sporty, black Ford Mustang morph into the Knight Industries Three Thousand supercar. 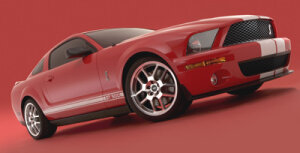 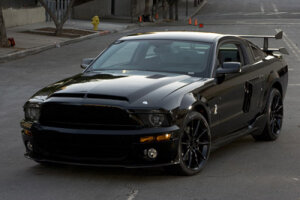