The flamboyant Jimmy Demaret won three Masters and played for the U.S. on three Ryder Cup teams during his career. See more pictures the best golfers.

Some years after Jimmy Demaret had quit the competitive golf scene, he was asked if he would have won more had he taken golf more seriously. His response was typically candid. "If I had," he said, "I wouldn't have won anything."

In point of fact, James Newton Demaret, born in Houston in 1910, took his golf quite seriously. After all, he won three Masters and 28 other tournaments on the PGA Tour, and by all accounts of his contemporaries was one of the best wind players the game has ever had.

With his enormous hands, and from a stance in which his feet -- even with a driver -- were but a few inches apart, Demaret was a wizard at manipulating the golf ball. It's just that the times of golf gravity were interspersed, rather liberally, with times of frolic.

Indeed, it could be said that Demaret's vivacity and love of life gave as much to the game as did his wonderful playing talent. Perhaps more. Demaret, like most of his generation of golfers, got into the game as a caddie.

When he joined the pro tour in 1927, all golfers wore the same style of clothing -- brown or gray slacks, brown or black shoes, a white dress shirt, a tie, and sometimes a fedora hat.

The clothing was not only conservative in color and cut, but the materials tended to be heavy and, in hot-weather locker rooms, "kind of stank," said Jimmy.

So one day in the late 1930s, while in New York City, Demaret visited a shop in the garment district where movie stars had their clothes made.

There he saw bolts of lightweight materials in a kaleidoscope of bright colors that caught his eye.

As Demaret remembered, he had acquired his taste for colors from his father, a house painter who, in the days before paints were mixed by machine, would mix by hand and test shades on the walls of his home.

Jimmy asked if he could get some golf shirts and slacks made of such goods. Told the stuff was for ladies' garments, Jimmy said he didn't care; he wanted to play golf in them.

His request was fulfilled, and a sartorial revolution in golf got under way. Not only did golfers begin to wear more lively looking clothing, but the clothes were lighter, and the shirts in particular made swinging a club easier.

It is difficult to measure precisely all other contributions to the game of golf Demaret made in his long career, because many evolved from his sunny disposition. He had an infectious smile, an even more jolly laugh, told jokes with a relish, and had the gift of a professional entertainer.

As a young man, he sang at a Galveston, Texas, nightclub owned by a man who was his first sponsor on the pro tour. Demaret was never shy about adding his lilting tenor voice to a party. Golf quote books are peppered with Demaret witticisms.

When Jimmy woke up one day and saw Pebble Beach covered with snow, he quipped, "I know I got drunk last night, but how did I wind up at Squaw Valley?" When one struggling golfer asked Demaret for advice, Jimmy shot back, "Take two weeks off -- then quit the game."

Actually, in the days before golf was televised, Demaret was often asked to do radio play-by-play broadcasts of golf tournaments. He infused them with his elfin, improvisational spirit, the most memorable call coming upon the second shot Lew Worsham holed from 105 yards to win the Tam O'Shanter World Championship in 1953.

"The damn thing went in the hole," Demaret reported.

When television did come into golf, Demaret was on the ground floor. For five years, he was a witty and incisive commentator (with Gene Sarazen) on the Emmy Award-winning television program Shell's Wonderful World of Golf. The show aired in the 1960s and had much to do with the growth of golf in the United States and around the rest of the world.

Demaret's association with the producer of the Shell show, Fred Raphael, led to the beginning of the Senior PGA Tour. Through Demaret's connections and influence, the made-for-television competition Legends of Golf hit the air in 1978 with the team of Sam Snead and Gardner Dickinson prevailing.

Bringing back to legitimate competition famous Tour pros in their 50s and beyond, the tournament was the stimulus -- the "father" -- of the Senior PGA Tour. The first 12 tournaments were played at Onion Creek C.C. in Austin, Texas, on the course Demaret designed.

But perhaps Demaret's finest contribution to the golfing landscape is The Champions Golf Club in Houston, which he originated and owned along with his partner, Jack Burke Jr. The two courses -- Jackrabbit and Cypress Creek -- are both superb layouts. The latter held a Ryder Cup Match (1967), a U.S. Open (1969), and a U.S. Amateur (1995).

Although he had input, Demaret didn't design the courses. However, he did leave his unique imprint on their environs. He made sure there were many colorful flowers trimming the grounds.

Even more to the point, Demaret saw to the construction of a men's locker room that is the epitome of good fellowship -- a warm and friendly place with a big and finely wooded bar, where golfers could spend many a sagacious hour talking the game and just having fun. A Demaret kind of place. 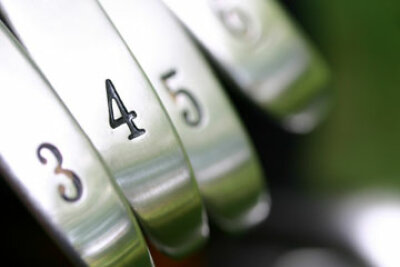 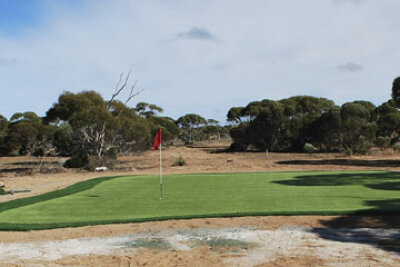