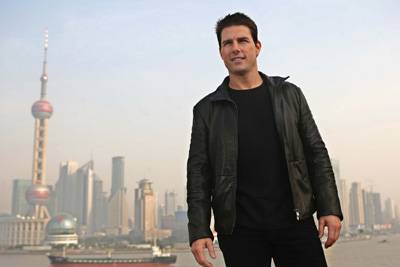 Since the early days of cinema, filmmakers have grappled with a fundamental problem: how to achieve artistic greatness on a budget. When pioneering French filmmaker Georges Méliès made "Le Voyage dans la Lune" in 1902, special effects meant painting some curtains as backdrops and using an actual man in a moon costume for the man in the moon.

Even today, with blockbuster film budgets over $250 million, it's still not economically feasible to film on the moon. Directors and producers are always looking for creative new ways to create ultra-realistic, otherworldly settings that tell their stories with unprecedented power. For more than 100 years, one of the most successful methods has been matte painting, a technique in which a portion of a scene is blocked during filming and later replaced with new images or footage.

During the first half of the 20th century, almost all movies were shot on studio backlots and soundstages. It was too expensive to film on location. So if a scene called for the interior of a lavish European castle, the filmmakers would shoot the live actors on a sound stage with minimal set construction. Later, they would use matte painting artists to fill in the details by hand -- the dangling crystal chandeliers, ornate tapestries, vast libraries and towering stained glass windows -- that transport the actors from Studio City to Transylvania.

Computers have had a tremendous impact on the way people make movies, particularly in the world of special effects. In the past 30 years, computer-generated (CG) landscapes, objects and animated characters have opened up unimaginable possibilities for filmmakers. Matte painting is now an entirely digital process, where 2-D Photoshop paintings are blended with animated 3-D elements and live actors to create stunning, totally convincing fictional worlds. 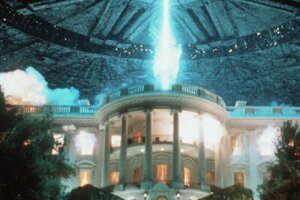