What’s the difference between catering and craft services on a film set? 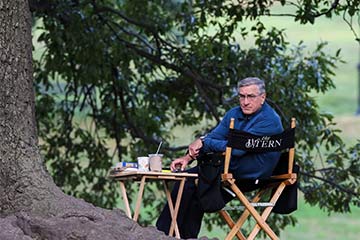 Workdays on movie sets are notoriously long and arduous -- 16-hour days and six-day weeks are the norm on many films. And whether the shoot is happening on a soundstage or on location, once the crew and talent are on set, they're on set. No one's popping out for lunch or to run some quick errands during the day, especially if the set is in the middle of the desert or on the side of a mountain. So if they can't go to the food, the food has to come to them.

There are two departments that provide sustenance for hungry film crews: catering and craft services. Catering handles the hot, sit-down meals that are usually served twice a day. Craft services is technically for the "crafts" -- the grips, costume department, makeup artists, camera and lighting crew -- who might not have time for a sit-down meal.

Depending on the film's budget, the goods served by catering and craft services can range from bare-bones to elaborate. For a low-budget, nonunion production, the craft services setup could easily be a single table manned by a production assistant serving only coffee, water and prepackaged snacks. As the budget inches up, the lonely table becomes a customized truck outfitted with cappuccino machines, a deli counter, microwaves, and every kind of snack imaginable.

The same goes for catering. As a general rule, catering serves its first meal six hours after filming starts, and the next one six hours after that. Meals last about a half-hour to an hour. Because the day usually starts around 7 a.m. on a movie set, this means lunch and dinner. On a small budget, that could entail pizza, pasta or sandwiches, with not too much variety over the course of the shoot. For a summer blockbuster, the sky's the limit.

The catering staff is responsible for churning out two large meals a day, but craft services has to keep a plentiful spread displayed for the entire day, whether it lasts eight or 16 hours. There are usually bagels and pastries in the morning, followed by sandwiches and salads in the afternoon and evening, and a good selection of healthy and not-so-healthy snacks and candy on display all day. The craft services crew will also venture onto the set throughout the day to get snacks and water to any crew members who can't make it over to the table.

By most accounts, craft services is the center of a set's social scene. Everyone's gotta eat, so the area is the great equalizer -- the stars mingle with the lighting crew, and the director grabs the same snacks as the lowly assistants. The quality of the spread can make or break the crew's experience, too. If the coffee machine isn't refilled enough, the snacks aren't restocked, or the same sandwiches sit out day after day, hard-working, overtired people tend to get cranky. A good craft service crew, then, is actually responsible for the physical and mental well-being of the entire set.