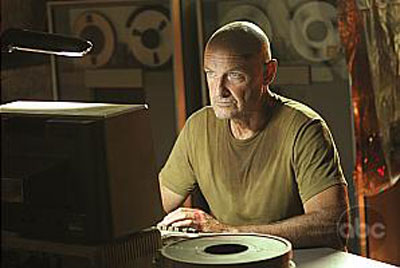 The DHARMA Initiative started as an ambitious science project in the 1970s. Its founders, Gerald and Karen DeGroot, aspired to create a large island research compound. They planned the construction of six underground and underwater research stations.

The stipends of two PhD students, even if used wisely, couldn't possibly cover the cost of building and maintaining such a large facility. So the DeGroots turned to Alvar Hanso and the Hanso Foundation. Since the 1960s, the Foundation "has offered grants to worthy experiments designed to further the evolution of the human race and provide technological solutions to the most pressing problems of our time."

Hanso has funded research on:

Some of these experiments have been successful. In 2005, the Foundation celebrated the 105th birthday of an orangutan called Joop. Joop had been the subject of life-extension experiments. Orangutans typically live to be only 60 years old, so the Foundation declared the experiment a success. It did not disclose whether the orangutan acquired other skills, such as the ability to read or run a library.

Not long after, though, the Global Health Organization (GHO) reported an outbreak of meningococcal disease in villages near the Foundation's Zanzibar research center. According to classified documents retrieved from the GHO, tests suggested that the disease originated in monkeys. The GHO theorized that it jumped the simian/human barrier and ordered the Foundation to terminate its operations. Although the GHO later reversed its decision, the event made Joop's longevity controversial. The Foundation's sizeable contribution to the GHO's defense fund also may have affected this reversal. It is still unclear whether Hanso Foundation experiments created or led to the spread of the disease.

Hanso's donation to the GHO and his research funding came from money from weapon sales. During World War II, he provided munitions to various European resistance groups. After the war, he provided high-tech armaments to NATO.

The DHARMA Initiative's distinctive name and logo seem to be at odds with funding from an arms dealer. We'll look at how in the next section.

The Hanso Foundation and the DHARMA Initiative also appear to have relationships with Whidmore Industries and the now-defunct Oceanic Airlines. Exactly how these organizations affect one another is currently unclear, but the connections between the inhabitants of the island and the Whidmore family are numerous.