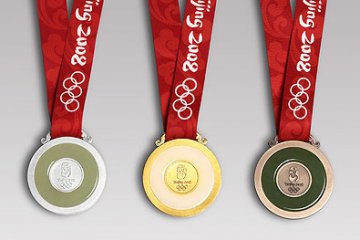 At the opening ceremony of each Olympics, the U.S. delegation spills out in a seemingly unending stream of cheerful athletes, grinning and waving at the crowd. They're a jovial, good-natured lot, to be sure, but there are so very many of them.

And the U.S. isn't the only country that seems to take up an awful lot of real estate in the center of the stadium. In contrast are national delegations where just a few folks are there to represent their country. In even more extreme cases, only a sole athlete is present to wave his or her nation's flag, alone in that portion of the parade of nations.

Olympic organizers shoot for a target number of athletes. For example, in athletics (aka the track and field events), for example, the goal is about 2,000. A nation may enter up to three athletes and have one athlete in reserve, provided those athletes measure up to predetermined standards in events sanctioned by the applicable International Sports Federation (IF) [source: The Telegraph]. If no one in a country achieves those standards, its National Olympic Committee (NOC) can petition to have its best athletes compete in one event each. The IF technical officials make the call. Obviously, it doesn't always happen.

Of course, the larger the nation, the larger the pool its NOC has to pull from -- and chances are good the vast majority of the athletes it sends qualify outright. So it makes sense that those countries would have bigger delegations. That being said, there's a bit of a twist. More on that next.

The first issue is that the games are finite; they run for 16 days. It's not realistic to let too many participants into the field, since the overloaded competitions would be impossible to squeeze in. The field must be weeded before athletes are admitted to the games. That being said, the International Olympic Committee (IOC) fosters a "Sport for All" ideal, which is one of three main tenets of its concept of Olympism. The IOC negotiates with each country's National Olympic Committee (NOC) to determine how many participants can compete.

So even prosperous nations with loads of Olympic-caliber athletes have limits in order to allow poorer countries with more diminutive pools of qualified athletes the chance to compete [source: Bernard and Busse]. Sport for All, in essence, means that all people, regardless of creed, color or gender, should be welcomed within the international world of athletics and share in the benefits of camaraderie and mutual respect.

Now, it's a given that the host country typically has an advantage -- they'll win about 2 percent more medals just for having the games on their turf. Reasons for this benefit include reduced travel costs, hometown enthusiasm and venues that cater more specifically to their athletes' needs. And if the Olympics are heavily boycotted, that success can leap to almost 20 percent [source: Bernard and Busse].

But you can take it from the angle of gross domestic product (GDP) per capita, too. A team's overall sponsorship funding, specialized training facilities and coaching personnel affect how many athletes can train, and afford, to participate in the games. Many potential Olympians deal with constraints that don't simply take into account athletic merit alone. So if you look at GDP versus population size, a low GDP with a high population will negatively affect medal count. Interestingly, however, in the case of countries with similar GDPs, one with a high per capita income but a low population will tend to fare as well as a country with a low per capita income and a large population [source: Bernard and Busse].

But let's dig deeper. Apart from how many athletes per country circle the stadium during the opening ceremonies -- and how wealthy or impoverished their nations are -- what's another way to view the success of those athletes and the countries they represent?

One caveat here is that the nation hosting the games gets to put athletes in any events it wants. So the host delegation is always going to be fairly significant in size. For the rest, though, the qualifying rules apply. 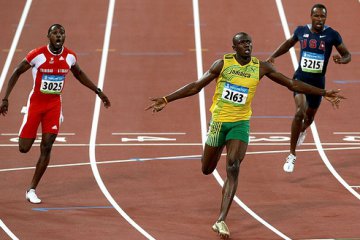 I've always felt my heart go out to all those sole athletes in the parade of nations, accompanied by a couple of coaches or compatriots, but for all intents and purposes, alone in representing their nations. The only ones present to carry their nation's flag. But they're so proud, so elated to be there. It's enough to make any spectator's heart swell for their delight and dignity.

Do men really schedule their vasectomies during March Madness?
How the Triple-Double Works
How do you do a back flip in a wheelchair?