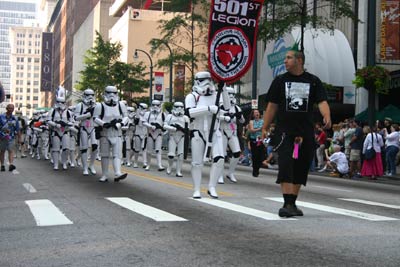 Every summer, residents of Atlanta and geeks from all over the world get ready for Dragon Con, a meeting of sci-fi and fantasy fans. The convention, which takes place over Labor Day weekend, attracts a crowd. Attendance in 2011 was around 46,000 people, from fans to dealers to guests [source: Dragon Con]. The convention spans five hotels -- the Hyatt Regency Atlanta, the Marriott Marquis, the Atlanta Hilton, the Sheraton Atlanta and the Westin Peachtree Plaza -- and its Saturday morning parade stops traffic downtown.

This may not sound like much compared to Comic-Con, which boasts more than 140,000 attendees, or CES, which has to categorize its vendor listings so people can find their way around. But Dragon Con has its own sense of overwhelming, nerdy bustle and its own hazards. Here are some suggestions for making it through the weekend without mishaps.

First, get through registration as early as possible. If you live in the Atlanta area, or if you're arriving on Thursday, stop by registration and pick up your badge on Thursday, the earlier the better. The convention won't have officially started yet, but you'll be able to get your badge, program book and pocket program, and stay around for some of the concerts and meetups that have sprung up on Thursday night.

If you can't make it to registration on Thursday, try to get there early on your day of arrival. While arriving earlier won't necessarily mean less time spent in line -- queuing up early has become a Dragon Con tradition -- it should mean less time spent in line while the convention is actually going on. Dragon Con switched to a barcode system for 2011 to make the registration process smoother, and the Daily Dragon (the official convention newsletter) offers other tips for making registration go faster.

If you've never attended Dragon Con, Thursday night is also a good time to get acquainted with where everything is, before the rest of the convention crowd arrives. The Hyatt's floor plan can be a little confusing, so take a good look at the map and explore the hotel on your own. For convention veterans, this is a good time to check out anything that may have changed from previous years. You'll also find some unofficial parties and meet-ups going on: the Daily Dragon has a list.

Regardless of when you get to the convention, your badge is essential. You'll need to wear your badge the entire time you're at the convention. If you lose your badge, you'll have to buy a new one. It's a good idea to bring or buy a lanyard that will hold your badge securely. You can also keep the clip closed by wrapping it with a small rubber band. Also, make sure your badge's laminated cover is completely sealed so that the inside of the badge doesn't slip out.

The pocket program will tell you what's going on at the convention. To do things the old-fashioned way, pick up a copy at registration and sit down with a pen or a highlighter and mark everything you want to attend on the schedule grid. But here's a caveat: Because of last-minute changes and updates, the pocket program is usually out out of date before the convention even begins. If you've got a smartphone, your best bet for making sure your schedule is up-to-date is one of the official apps. There's one for Android, one for iOS devices, and one for everything else.

The convention organizes its programming into tracks so it's easier to find the panels and events that interest you. You may want to take a look at what's going on in all of the tracks so you don't miss something that may have been fun or interesting. If you're interested in celebrity events, make sure to take a careful look at everything that's happening in the hotel ballrooms. These larger rooms are usually the venues for the most prominent guest panels.

Next, we'll look at some ideas for making it through the convention itself.

More from the Con 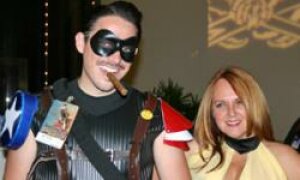 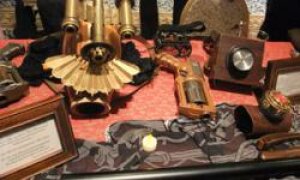 FanStuff Blog: 5 Things I Wish I'd Known Before Dragon Con