by Bryan Young Jan 4, 2018
Rick Moranis (left) as Barney Rubble and John Goodman, as Fred Flintstone, ride together in a scene from the 1994 live action film "The Flintstones." Universal/Getty Images

Our closest, extinct human relatives were the Neanderthals who lived in Eurasia and died about 30,000 years ago. They were first discovered in 1856 by a group of quarrymen in the Neander Valley near Dusseldorf, Germany and changed what we knew about evolution and the world of the past.

Neanderthals were short and stocky, perfect for surviving in the cold of the ice age. Most had a lifespan of about 30 years, and lived in family groups. They cared for their sick and old, used tools, and probably had a language.

But many questions remain unanswered. What led to their rapid evolution? Why did some Neanderthals breed with our more direct predecessors, Homo sapiens? Why did Neanderthals go extinct? And most importantly, were Fred and Wilma Flintstone among their number?

I took this question very seriously and sought answers in "The Flintstones," a cartoon from the stone ages of television. On Sept. 30, 1960, "The Flintstones" debuted on American TV and was the most popular and enduring animated sitcom on prime-time television until "The Simpsons" stole that crown.

The cartoon depicts society in a pre-historic setting where dinosaurs and people somehow co-exist together in harmony. The main characters are Fred and Wilma Flintstone, their neighbors Barney and Betty Rubble, their kids, Pebbles and Bamm-Bamm and, of course, the Flintstones' pet dinosaur, Dino, who has some very doglike qualities.

So, is there any evidence that these characters were Neanderthals? Here's the first clue: In the cartoon, Fred Flintstone works at a quarry and Neanderthals were first discovered by quarrymen. But you could say that's merely a coincidence and not proof.

Second, since the Neanderthals lived during the ice age, are there any signs of snow or cold on the show? In the sixth episode of the third season, "Snow Gets in Your Eye," Fred and Barney head to a ski resort for a lodge retreat, giving us images of snow and winter sports, but then, we aren't living in an ice age and we have skiing, too.

Finally, I picked up a copy of "The Flintstones" comic from DC Comics. (I've even talked to the creators of that comic before.) This finally gave me the conclusive proof that I was looking for: Fred Flintstone and the rest of the denizens of Bedrock weren't Neanderthals all, but they co-existed with them.

What's the evidence? In the very first issue of the comic book, Fred is tasked by his evil, greedy boss, Mr. Slate, with tricking area Neanderthals into working in his quarry for a pittance because they don't have a society that understands money. They work for one day and take the money but hate it, opting instead to pursue their own happiness. This proves that they were at least smarter than the Cro-Magnon capitalists of Bedrock.

NOW THAT'S FASCINATING:
The first two seasons of "The Flintstones" were aired in black and white, even though they were produced in full color.

Could an Attack on Undersea Cables Take Down the Internet?

Alarming Drop in Populations Has Scientists Warning of 'Insect Armageddon' 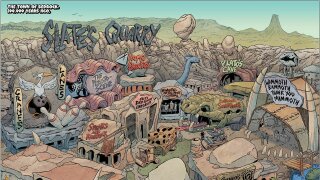 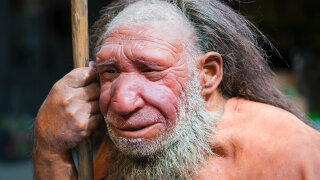 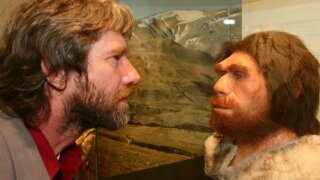 Why did Neanderthals become extinct?