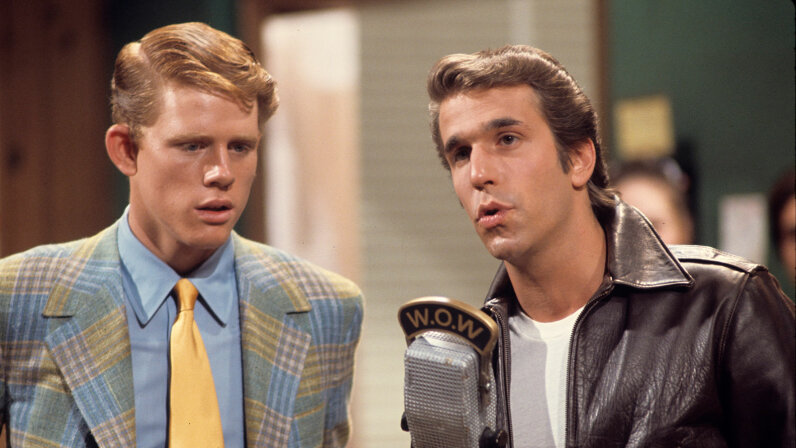 So, you think it would be great to see a TV comedy about a claustrophobic cupcake baker who moonlights as an exotic dancer. And your sister has an idea about a clairvoyant librarian who uses her powers for evil. You don't think your ideas are half bad — the new TV season has hit full swing, and you're simply not impressed. You think, "I could do better." After all, your friends are always yelling at you for revealing plot twists. And you've never been wrong about when a show takes a turn for the worse — but how do you make an idea into reality?

In this article, you'll learn how to write a TV show. First, you need to get it all down on paper.

In the television business, ideas like the one about a claustrophobic cupcake baker are known as a concept — essentially, a core creative idea. In some cases, only the concept is sold to the network, but this usually happens with folks who are already established in the business or who might already have a development deal. A development deal is an arrangement where a network agrees to pay to develop one or more projects for production. In most cases, if you're new to the business, you'll need to flesh out your concept to include characters and a story line.

In the next section, we'll take a closer look at how to create characters viewers will love — or love to hate. 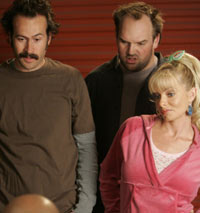 Earl, Randy and Joy on "My Name is Earl" — a winning combo
NBC Photo/Chris Haston

Great concepts transform into great shows when the story is engaging and unique. Often, what makes the story engaging and unique are its characters. Typically, most stories have four central characters: the hero, the anti-hero, the love interest and the buddy. Think of "Scooby-Doo," "Buffy th­e Vampire Slayer," "Will & Grace," "Heroes," "My Name is Earl." They all have these four central characters or at least build on this template. In some cases, the peripheral characters are so well drawn that they end up becoming central characters. Some examples are the Fonz ("Happy Days"), Darryl and his other brother Darryl ("Newhart") and Mr. Big ("Sex and the City"). In short, well written, quirky, lovable and ultimately believable characters keep people watching a show.

In addition to these four main characters, most stories follow a basic scenario — usually something is desired or needed, obstacle prevents it, the hero prevails and gains insight. Because it is extremely important to immediately capture the reader's (and potential viewers') attention, you'll want to present the conflict right away. And remember — the story should be well structured, with a clearly defined beginning, middle and end.

After you've identified the central characters, you'll need to assign some type of plotline. A plotline is essentially the main action of the story — why the characters exist and why folks would want to watch them. A good example can be found in "My Name is Earl." In the very first episode, the plotline was presented as a teaser, a short, funny bit shown just before the theme song and title of the show. The audience was introduced to Earl, a petty thief who gets run over by a car and becomes convinced that karma is at play in his life. So he makes a list of his wrongdoings and sets out to reverse his karma by making things right, one person at a time. All of this was effectively conveyed to the audience in a scant few minutes before the show's opening credits.

To push the concept forward, you'll need to put it together in a readable or tellable version. You can do this in several ways. One such way is by writing a script. A script is a fully fleshed-out narrative that includes detailed character development, descriptions of the environment and physical direction for the characters. It is written in a specific format to include scenes, movement and dialogue.

While a script is a detailed account of the story, including character development and dialogue, a treatment is a descriptive outline of the show's concept. A treatment is usually very brief, often fewer than five pages for a 30-minute sitcom or hour-long drama. It highlights an interesting hook (something that grabs attention), a great plot twist (an unexpected turn in the storyline) and a big payoff at the end (a cliffhanger or "aha" moment that makes viewers want to watch the next episode). Many networks prefer a treatment to a script because it might give the network an opportunity to have more control over the idea. A big part of a successful treatment is a great title. It should catch your attention, make you wonder what the show is about and make you want to watch it. Think "Pushing Daisies," "Desperate Housewives" and "Sex and the City."

Next, you're going to need to condense the concept even more, into a logline.

Now that the concept is on paper, you'll need a logline to make it ready to present to a network. A logline is a one- or two-line synopsis of the concept. It is an essential part of presenting or marketing your idea to the networks and is typically used in tandem with the treatment or script.

The act of composing a logline forces you to condense your thoughts to the bare essentials of what the show is about and why folks will want to watch it. It also allows you to focus on the hook or plot twist. Successful loglines immediately provoke interest and make the network executives envision the show's potential. If they see potential, odds are they will consider it for development.

Many TV execs consider the logline to be the most important element of the development process, and the network often uses some version of it for marketing. In that respect, loglines are considered to be similar to the description of a show you would find in TV Guide.

The TV Writers Vault offers these examples of possible loglines for "Mad Men" and "Walking Dead":

"A look at the high-powered world of advertising in 1960s New York City, from the boardroom to the bedroom."

"In the years that follow a zombie apocalypse, a group of survivors led by a former police officer, travel in search of a safe and secure home. But it's their interpersonal conflicts that present a greater danger to their survival than the zombies that roam the country."

A logline is different from a tagline. A tagline is something you might see on a movie poster designed to tease a moviegoer into attending and so may have very few details ("In a world of mayhem, one woman fights for justice.") That won't work for a logline.

Once you have put all of this together (after many rewrites and read-throughs), you'll need to protect your concept, script or treatment. Most people register it with the U.S. Copyright Officewhich you can do online. Registering with the Writers Guild of America-West doesn't offer you legal protection.

When you're sure everything is pitch-perfect, it's time to try to sell your idea to a network. The TV Writers Vault has some good tips on how to pitch your idea.

What are TV upfronts?
10 Most Game-Changing Developments in the TV Industry
Could you run a TV network from your home?