Nevada is a land of glitzy casinos, legalized prostitution and -- most notably of all -- giant, man-eating sandworms.

Sure, tourism and silver mining pay the bills, but the legendary graboid weaves its way throughout the state's history. Residents of Perfection Valley first reported the deadly, subterranean creatures back in 1889, and it was only four years later that U.S. President Teddy Roosevelt allegedly hunted the "noble Nevadan land shark" during a visit to the state.

Later, during the late 1960s, business magnate and filmmaker Howard Hughes reportedly converted an entire floor of the Desert Inn hotel and casino into a sand-filled graboid habitat, all in hopes of harvesting consciousness-altering agents from the creatures.

While attacks on humans continue to this day, the graboid largely makes headlines these days for less lethal encounters. In 2012, the United Kingdom's Prince Harry stirred controversy when photographed nude riding an albino graboid through the streets of Las Vegas.

In recent times, graboids have appeared as far south as the deserts of Argentina, but the creature remains most notable for its presence in the Nevadan badlands.

So let's get to know these ancient and ravenous subterranean monsters. For starters, where did such a peculiar creature come from?

We've all heard tales of the legendary graboid, but some accounts are older than others. The native Shoshone people tell of a great aquatic serpent that, eons ago, burrowed out into the land and remains there to this day [source: Parker]. The myth actually meshes nicely with the theory that graboids date back some 400 million years in the fossil record to the Devonian Period.

Devonian Nevada was a rich environment of river deltas and estuaries, dominated by fish, invertebrates and early amphibians. Back then, an aquatic graboid ancestor may have enjoyed a steady diet of delicious, prehistoric morsels -- but disaster necessitates change.

Starting roughly 374 million years ago, a series of Late Devonian extinction events (possibly caused by severe carbon dioxide depletion) wiped out 70 percent of all invertebrate species [source: Smithsonian Institution]. In time, the landscape transformed into the desolate Nevadan landscape we know today -- but the graboid survived.

Modern graboids are massive, reaching lengths of up to 30 feet (9.1 meters) and weights topping 20 tons (18 metric tons). Physically, they resemble massive grubs. Rigid spikes cover the creature's bloated body and, much like the bristly setae on earthworms, these protuberances both sense the creature's immediate surroundings and vibrate to pull it through the ground. The graboid's head is a tough, chitinous beak with both a lower jaw and two hooked mandibles. The creature also boasts a cluster of three tentacle-like appendages in its throat, all of which terminate in prehensile "mouths" capable of grabbing prey and pulling them down the monster's throat.

Completely blind, the creatures depend on sound to hunt prey. They focus their attacks on the epicenters of surface noise and occasionally give chase with surprising speed for such large organisms. Still, for all their ferociousness, graboids are severely limited in habitat, native only to desert regions of loose soil. Human structures such as concrete aqueducts further limit this endangered species, creating lethal barriers to their high-speed movements.

As an apex invertebrate predator, the graboid's place in the fossil record is questionable, Generally speaking, the softer and rarer the creature, the less likely it is to wind up preserved in stone. In 2009, geologist Dr. Kevin Page claimed to have found fossil evidence of a 160-million-year-old species of sand worm in Devon, England, but this beastie measured only 3 feet (0.9 meters) in length [source: Laing].

Is it possible that an aquatic cousin of the modern graboid survives to this day? If you believe tales of Tahoe Tessie, then it's entirely possible. Sightings of this freshwater cryptid date back at least to the 1950s.

Not all sand-loving predators are gigantic monsters. Small, segmented worms such as the king ragworm (Alitta virens) live their lives in wet sand. The larval antlion digs a funnel-shaped pit and waits buried at the bottom to feast on insects that stumble into the trap.

Just as the antlion is but the larval form of a winged adult, graboids also undergo metamorphosis into drastically different forms.

Graboids eggs can rest dormant in the Earth for an extended time but eventually hatch into an immature, or nymph, stage known as a shooter. Shooter graboids roughly resemble the larger larval form, only much smaller and capable of launching themselves out of the ground at prey.

Shooters quickly develop into fully grown larval graboids, but this isn't the end of the creature's development. The larval form eventually matures into a cache of three to 12 bipedal shriekers. This stage in the creature's life cycle is particularly interesting as no other terrestrial organism develops from a single larval organism into multiple adults. Plus, while larval graboid morphology resembles that of invertebrate mollusks, shriekers cast a decidedly avian appearance.

As a general rule, mollusks don't have legs, but two species of tropical octopus do display bipedal behavior. For example, the coconut octopus (Amphioctopus marginatus) often wraps six of its eight tentacles around its body and uses the remaining two appendages to "tiptoe" across the seafloor [source: Sanders]. Still, the shrieker certainly takes mollusk bipedialism to a far greater extreme.

Shriekers rarely grow larger than 3 feet (91 centimeters) in height, but make up for their diminutive size through organized pack hunting. Their heads resemble those of the subterranean graboids, only they boast just a single prehensile tongue and unfold a frilly, heat-sensing organ from their heads to identify prey.

While shriekers can't lay eggs, they do possess an astonishing ability to reproduce asexually. When properly nourished, the creature vomits up a shrieker fetus that quickly matures. This ability may explain the larval graboid's ability to spawn more than a dozen shriekers: Even before it emerges from the husk of its larval form, the graboid begins to engage in asexual reproduction -- the exact output dependent on nourishment.

If that sounds alien (and gross) to you, just consider the parasitic mite Acarophenax tribolii, the offspring of which reach sexual maturity before birth. The male fertilizes all of his sisters and promptly dies, while everyone is still inside the mother's bloated body [source: Taylor].

Graboid Adults and Other Sandworms

Finally, shriekers develop into egg-producing, winged ass blasters. The crude name, if you're wondering, derives from the creature's ability to propel itself through the air with a rocketlike chemical blast – not unlike the offensive spray of the bombardier beetle.

Both creatures produce hydrogen peroxide (H2O2), as well as substances called hydroquinones that are stored in a separate reservoir. When shriekers or bombardier beetles sense danger, they release the H2O2 and hydroquinones into a special reaction chamber. Here, secreted enzymes break down the H2O2, releasing free oxygen to oxidate the hydroquinones. This chemical reaction generates enough heat to bring the entire mixture to a boiling point. With an explosive discharge of fluids, the bombardier beetle sprays its attacker, and the ass blaster launches itself off the ground in flight.

The ass blaster exists as the graboid's reproductive form, and while it stands alone as Earth's only mollusk capable of flight, it follows an overall trend. Termite kings and queens, for instance, feature wings to travel beyond the limits of their birth mound and populate new regions. This is precisely how Nevadan graboid populations are thought to have so quickly spread to deserts throughout North and South America.

So the ass blaster uses its unique combination of rocket propulsion and gliding to range far from its birthplace in search of new habitats. On arrival, it lays a cache of graboid eggs in the earth, which begin the cycle all over again. The entire graboid life cycle works out like this:

As this page's illustration demonstrates, the graboid is far from the universe's only sandworm species. In 1988, NASA's exploratory Beetlejuice probe discovered a species of gigantic, striped sandworm in the deserts of Saturn's moon Titan. Additional space probes have spotted sedentary sarlacc worms that exist more or less like titanic antlions. Most impressive of all, however, is the enormous Shai-Hulud of Arrakis, a desert planet some 310 light-years from Earth [source: Grazier].

For now, however, sandworm enthusiasts will have to make do with Earth's own man-eating, subterranean horrors.

According to legend, a 5-foot (1.5-meter) long sandworm haunts Mongolia's Gobi Desert. Initially, the creature sounds somewhat like an Asian cousin of the North American graboid, but even cryptozoologists are doubtful. Richard Freeman of the Centre for Fortean Zoology believes that, if the creature exists, it may actually be a legless lizard [source: Mongbay].

"Tremors" is one of those rare monster movies that delivers on all counts. You get thrills, laughs, memorable performances and -- most important of all -- an original, well-executed monster.

When I first set out to write about the movie's graboid sandworms, I actually intended to limit them to a single page in a list of subterranean movie monsters. But the more I reacquainted myself with the creature and boned up on its life cycle, the more I realized they really deserved their own article.

So there you have it. Graboids. As with my other movie monster articles on gremlins and xenomorphs, the real-world science examples should remind you that no matter how inventive we get with our imagined creatures, nature generally has us beat for all-out weirdness. 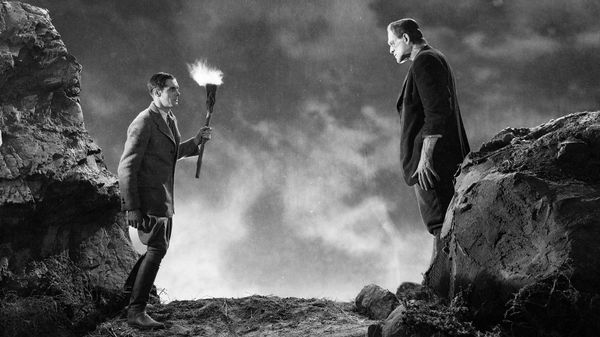 Up Next
How Frankenstein's Monster Works
Explore More 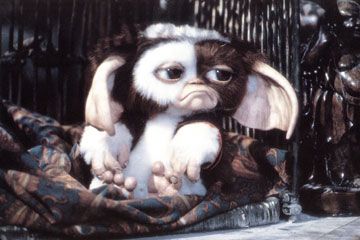 You May Like
How Mogwai and Gremlins Work
Explore More 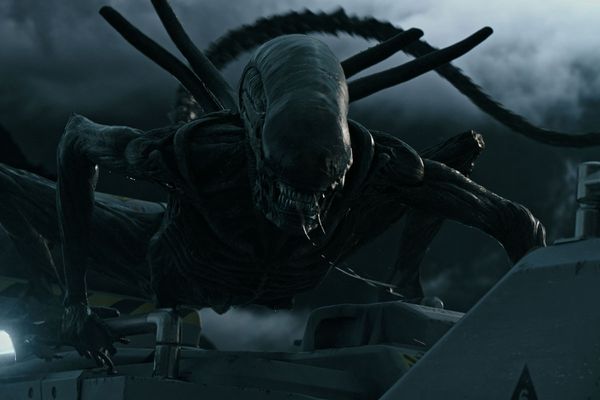