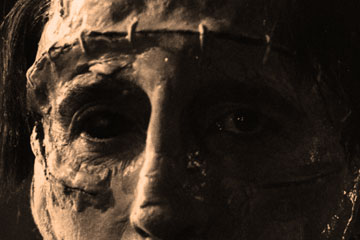 What have we created?
Jack Esten/Moviepix/Getty Images

Withered lips utter these words. The speaker's face seems nothing more than a rotting mask of skin, barely stretched into place over sinew and vein. Wild, black hair cascades down the figure's massive shoulders, and gleaming eyes stare out through the tangled strands. Tattered garments adorn his towering frame.

Despite his size, the monster moves with agility and grace. Despite his brutish appearance, his speech betrays a formidable intellect. He is nameless. He is angry. His words steam in the cold air as he confronts the tormented chemist responsible for his very existence, a man named Victor Frankenstein.

Related in Mary Wollstonecraft Shelley's original 1818 novel, this encounter occurs halfway through a book already marked by the power of science and human misery. For Victor Frankenstein, this exchange is a confrontation with his brother's murderer, as well as the shameful fruit of his own scientific recklessness. For the creature, it is an audience with the man who formed his disfigured body out of cadavers and animal parts -- who gave him life only to abandon his creation to an unforgiving world.

This reunion of creator and creation results in a fleeting truce. Victor agrees to assemble a female companion for the creature, who in turn promises to spare the lives of Victor's remaining loved ones and depart for the wilds of South America. When Victor reneges on his promise, however, their peace collapses into a bloody feud.

This conflict is the backbone of the famous fictional work "Frankenstein: Or, The Modern Prometheus," a tale of vast scientific achievement and deep existential failure. The relationship between Victor and his creation is a complex one, far more nuanced than the man-versus-monster and brains-versus-brute scenarios splashed all over popular culture. Just who is this nameless, synthetic being? What cultural ideas does he embody, and why does his presence continue to haunt us?

In this article, we'll uncover the heart of Frankenstein's monster. 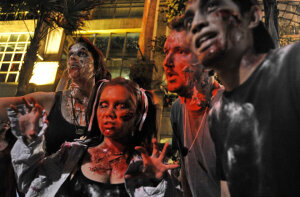