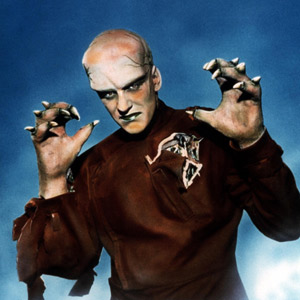 By the time this famed, fright-filled flick ends, you may be tempted to pile all of your houseplants on the front lawn, douse them with gasoline and send them to the horticultural hereafter. It might be the only way to regain your sense of peace. Otherwise, those ferns and orchids might try to attack you when you're sleeping.

What film could possibly inspire a fear of vegetation? It's "The Thing from Another World," a science-fiction story blended with cinematic elements of high drama and horror into one of the most famous films of the 20th century. Often referred to as simply "The Thing" (after the title character), this 1951 movie was based on the short story "Who Goes There?", which was written by John W. Campbell, Jr., who wrote the novella under the pen name Don A. Stuart. Campbell was one of sci-fi literature's most famous forerunners, and his success helped fuel the careers of great science fiction writers such as Isaac Asimov and Arthur C. Clark, among others.

If you haven't seen "The Thing," here's your spoiler alert. Our synopsis below highlights the plot (and ending).

The film's story begins as a small group of military men, scientists and an intrepid reporter investigate the crash landing of an unidentified aircraft near the North Pole. Near the wreckage of the strange-looking, round ship, they find an equally weird body encased in ice.

They take the body, still preserved in a block of ice, back to their Arctic outpost as a blizzard closes in on them. Then, ominously, the body is accidentally thawed, allowing the mysterious creature to escape.

Slowly, the scientists unravel some of the creature's secrets. Although it walks on two legs like a human, the being is actually a type of plant life that's evolved to use blood -- any type of blood -- for reproductive purposes. In his fascination with the creature, Dr. Carrington resolves to save "The Thing" from harm for research purposes.

Then, crew members ominously begin disappearing, and the base's plasma supplies are raided. In a flurry of action, armed men shoot the creature, but it escapes once again, apparently unharmed by the hail of bullets.

In the climactic final scene, the men manage to electrocute the creature successfully. At the end of the film, the horrible storm outside has lifted and the reporter is calling back to Anchorage via radio to tell other journalists about the fantastic events that have unfolded.

Though its plot is, well, a little on the outlandish side, "The Thing" was received as one of the creepiest movies of the 1950s and is now hailed by movie lovers as an all-time great. Keep reading to learn more about why The Thing resonated eerily with audiences -- and bring along some herbicide, just in case. 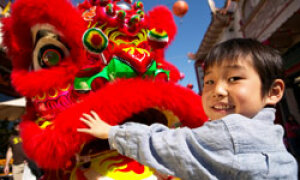 10 Incredible Dragons We'd Like to Meet (or Run From) 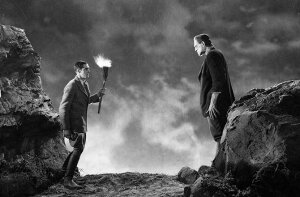