by Oisin Curran May 7, 2020
Supervillain Erik Killmonger (left), whose birth name is N'Jadaka, is the enemy of King T'Challa in the Black Panther series by Marvel Comics. Fandom (CC-BY-SA)

Outdoors in the Mediterranean air under a hot sun, thousands populated the stone seating of giant amphitheaters as they watched and listened to the great dramas unfolding below them. They were stories of conflicts, or "agons," the ancient Greek word for "struggle." The earliest Greek drama had only one actor who, with the help of masks, played all the roles. These roles included the part of the "protagonist," the character who struggles "for" something, and the antagonist, the one who struggles "against."

Later innovations in early theater brought multiple actors and other roles, such as the "deuteragonist" and the "tritagonist" (second and third strugglers, respectively), floaters who could be the protagonist's sidekick one minute, and switch to antagonism the next. Because really, who wants to play the good guy all the time?

Strictly speaking, the terms "protagonist" and "antagonist" don't really correspond to "good guy" and "bad guy." The protagonist is the main character, and the antagonist is the one who antagonizes them. Hannibal Lecter, for instance, could hardly be called a good guy, but he's the protagonist of the novel, "Hannibal" by Thomas Harris. And the "good guys," the cops out to get him, are his antagonists.

All that said, in the vast majority of stories, the protagonist is good and the antagonist is bad and so we often use the word "antagonist" as a synonym for "villain." Here then, are six of the most interesting of pop culture's villainous antagonists.

In the real world, even the worst people usually don't view themselves as villains. Almost all of us like to believe that we're trying our best to do the right thing. This goes for everybody from the innocent people trying to stay alive in conflict zones right up to the dictators who are stoking those conflicts.

That's why Erik Killmonger is such an intriguing, and convincing, bad guy. He carries a very legitimate chip on his shoulder due to the unjust punishment meted out to his father. And given his experiences as an African American man in the U.S., his plan to militarily empower black nations around the world makes a certain amount of sense, his motives are comprehensible. Despite the fact that he's the antagonist of our hero, Black Panther, we get where he's coming from even if we can't approve of his methods.

What is it about this guy? On paper, he should be relatively uninteresting. An asthmatic in a helmet with about five lines of, mostly unmemorable, dialogue. Granted he has the power to telepathically choke people and it's true that that he's nimble with a lightsaber. And yes, his transformation from whiny Anakin Skywalker to nihilist Vader gives him a little depth. But as a character, there's really not that much to him. Nevertheless, he's managed to embed himself in popular culture as the ultimate villain.

Maybe it's because that expressionless, shiny black mask with its unblinking eyes and weird triangular muzzle is a blank horror onto which we can project our terrors. And that voice, the beautiful basso-profundo of James Earl Jones hollowed out and roboticized by a machine filter so that it seems to issue from the farthest reaches of intergalactic hell. But above all it's the loud, ominous wheezing of a ventilator, which reminds us that somewhere inside that black exoskeleton is a shriveled human on eternal life support — embittered, tragic, terrifying. Darth Vader is an iteration of the future we fear most — humanity encased in technology, lost to the light.

Joaquin Phoenix won an Oscar for his portrayal of Batman's nemesis in 2019's "Joker."
Fandom (CC-BY-SA)

Batman has faced many worthy foes: the Penguin, Catwoman, the Riddler, Two-Face, but the Joker has always been his chief nemesis. The Joker's antecedent is the medieval court jester whose role it was both to entertain and needle the monarch. Since old-fashioned kings and queens exercised absolute power, few dared criticize them. But the jester could, and indeed was obliged to, use humor to poke holes in regal authority. It was a safety valve of sorts, for all concerned. Even a monarch who believes their authority is god-granted knows that to be a king or queen is an inhuman activity. The jester's quips restore some degree of balance, and of humanity, giving ruler and subject a little breathing room.

Batman is famously characterized as a knight, not a king, but his vast wealth and his superhero status grant him king-like powers over Gotham City. The truth is that he needs the Joker as much as the Joker needs him. They are locked in an eternal struggle, an eternal embrace, both bringing balance to each other's extremes.

Voldemort, Voldemort, Voldy, Voldy, Voldymort. In the Manichean world of Harry Potter, ancestry is destiny. Over the course of her famous book series, J.K. Rowling slowly unearths the origins of Voldemort, who began life as an arrogant young savant named Tom Riddle. But Riddle, we learn, was doomed from the start, for he is descended from the power-hungry Salazar Slytherin, and before that from proud Cadmus Peverell, who sought to cheat death by possessing the Resurrection Stone.

Harry, on the other hand, is a direct descendant of Cadmus's wiser, humbler brother, Ignotus who convinced Death to give him the Invisibility Cloak so he could quietly escape. Incredibly, these genetic traits managed to wend their way down the generations to their apotheoses in the great conflict between Harry and Voldy. The two wizards are, ultimately, prisoners of fate who must fulfill the destiny laid out for them long ago.

Voldemort, aka Tom Marvolo Riddle, You-Know-Who, He-Who-Must-Not-Be-Named or the Dark Lord, was, in the universe known as Harry Potter, the most powerful and dangerous Dark Wizard of all time.
Kevin Dooley/Flickr (CC BY 2.0)

"Out, out damn spot!" Few villains have ever equaled the single-mindedness of Lady Macbeth's ruthless pursuit of power. Like Iago, another Shakespearean invention, she likes to drop venomous thoughts in the ear of the protagonist, in this case her eponymous husband. What makes Lady Macbeth particularly evil is that she doesn't do the dirty work herself, but goads her hubby to commit the horrific acts of violence required to achieve their goal. She's the original partner-in-crime. Claire Underwood, Robin Wright's character from "House of Cards," is one of her many contemporary avatars.

Cersei is no Lady MacBeth who commits evil by proxy. She's a fully empowered villain who does her own dirty work with neither regrets nor apologies. What makes her especially fascinating, and maybe especially modern, is that her motives are entirely understandable. She's an amoral lioness who follows only one code: She protects her children at all costs. As it turns out, those costs are extremely high. But even when Cersei is conniving the most vicious plots, even when she's up to her armpits in the blood of her enemies, we understand where she's coming from and can even muster some small iota of sympathy for her actions. She doesn't lust after power for power's sake, she seeks it as a means of protection for those she loves. This three-dimensional quality makes her an antagonist for the ages

Queen Cersei Lannister is the only daughter and eldest child of Lord Tywin Lannister of Casterly Rock and his wife, Lady Joanna Lannister in "Game of Thrones."
Fandom (CC-BY-SA)

Now That's Interesting
In ancient Greek drama, the antagonist didn't always appear onstage in the form of a character. In Oedipus Rex, for instance the true antagonist was fate itself, which doomed the Oedipus to a sticky end.

Potential Snakebite Treatment Can Be Used in Crucial First Minutes 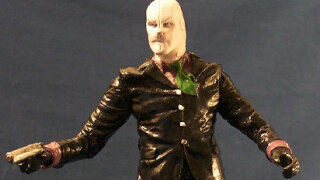 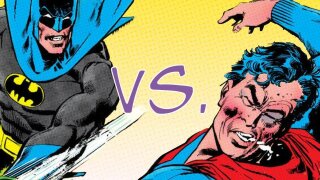 10 Unexpected Reasons Behind Past Batman vs. Superman Battles 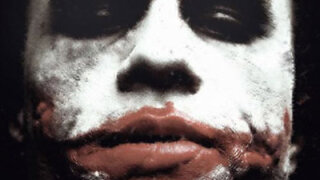