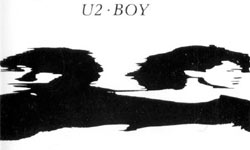 September 1976: A 14-year-old drummer posts a notice at school that he's looking to start a band. Rehearsals are held in his parent's kitchen in Dublin, and The Larry Mullen Band is born.

The name didn't last, but more than 30 years and 22 Grammys later, the band, which would eventually be called U2, has proven it has what it takes to stay on top.

The keys to U2's longevity include respect for each other and their fans; the ability to continuously reinvent themselves and their musical style; and powerful music with a message.

But the meanings of most U2 songs are subject to interpretation. Bono is a genius at writing ambiguous lyrics, allowing listeners to decide what each song means to them. Read on to take a musical journey with the band that Time magazine once named "Rock's Hottest Ticket."