Browse the article How to Start a Pop Warner Football Team 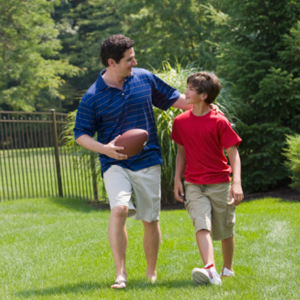 Image Gallery: Football Start a youth football team with your kids and other friends in the area. See more pictures of football.
Comstock/Thinkstock

Many parents have found that sports teams are a great way to not only get their kids physically and socially active, but to help them learn the importance of cooperation, good sportsmanship and discipline. Getting involved in a youth sports organization is a rewarding way to help influence countless kids for the better. If you feel called to help kids this way, you might consider starting a team with the largest youth football organization in the country, Pop Warner Little Scholars, Inc.

Originally known as the Junior Football Conference, the league was started in 1929 by Joe Tomlin in Philadelphia to help reduce the problem of youth vandalism. Five years later, Tomlin invited famed coach Glenn "Pop" Warner to speak at a spring clinic. Warner is now considered one of the most influential coaches in football history, having introduced the screen pass and other important aspects of the game. The speech he gave in 1934 was such a hit that the Conference was renamed after Warner. By 1959, it had grown into a national organization.

Today, the league has about 400,000 players. Because Pop Warner has leagues in most states, it also has national championships. The organization even claims that approximately 70 percent of the players in the NFL played in a Pop Warner league as children [source: Scholl]. This may make you think that the league is ultra-competitive. To the contrary, the league has rules against tryouts and requires coaches to play every team member in all the games. There's even a rule preventing a team's starting players from taking the field when they're enjoying a significant lead [source: McCarthy].

To help prevent injuries as well as keep the teams as even as possible, Pop Warner places youth into age divisions that account for weight, too. And players must meet academic requirements in order to qualify -- at least a 2.0 or 70 percent grade point average. Pop Warner claims to be the only national youth sports league to have scholastic requirements.

If you're intrigued and interested in what it would take to start your own team, read on to the next page. 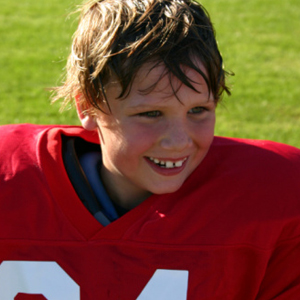 Teams are divided into age and weight divisions.
©iStockphoto/Thinkstock

Although Pop Warner is the largest youth football organization in the country, there are many areas without a local program. If you live in one of these areas and know of any families who would like to sign their kids up, you might be able to start a team.

Pop Warner has established eight national regions. Leagues within these regions can be divided into associations. Within an association, there are teams in different age/weight divisions. For example, working backwards, the Westside Bears are a Mighty Mite team (ages 7 to 9, 45 to 90 pounds) in the Beeville Association, which is part of the South Texas Conference in the Southwest national region.

You can search for your local Pop Warner program on the organization's Web site, PopWarner.com. If you contact the national office directly, it'll put you in contact with the right person at your local league. Personnel will guide you through the organization's process for how to petition to start another association in the existing league.

However, you may find that there isn't a league in your area. As of this writing, for instance, there are no Pop Warner programs in Georgia or Kentucky. It's not impossible to start a league, but it does involve more work. After determining that there's enough interest, players and volunteers, you'll have to complete a charter application.

The process includes creating a board of directors for the league as well as boards for each association. You'll have to draw up by-laws and determine boundaries for your league and individual associations. You'll also want to meet with community officials to determine fields you can use.

The Pop Warner organization also suggests incorporating your league as a nonprofit with your state and getting an Employer Identification Number (EIN). Several fees to consider will include referee, insurance, field, equipment and administrative fees. But many businesses might be willing to donate to the cause to help with funds.

Among other matters, you'll have to make sure your coaches are trained in a Pop Warner clinic and that volunteers have had background checks. To get a checklist of many other details -- like setting a registration refund policy -- you can ask the Pop Warner national office.

Although it's a lot of work, giving kids an opportunity to play football in an safe, inviting environment can be immeasurably rewarding.