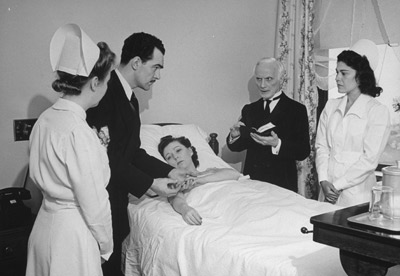 ­Like radio dramas, the radio soap opera was set up to draw in audiences and keep them listening. They also ran for approximately 15 minutes and focused on a cast of central, recurring characters. Unlike serial dramas, however, they didn't resolve storylines in each episode but drew them out through several episodes while introducing other plots and subplots along the way. Radio soap operas were also the first type of radio show to target women.

After working as a voice-over artist and actress, Irna Phillips was approached by executives at WGN to write a 15-minute daily show about a family geared toward a female audience. She crafted a story centered on an Irish-American widow and her unmarried daughter. "Painted Dreams," arguably the first radio soap opera, premiered in October 1930. The term "soap opera" was later coined by the press with "soap" referring to the show's primary sponsors -- usually laundry detergent or facial soap.

In addition to being the creator of the soap opera, Phillips has been credited with many other successful radio and, later, television devices. She was the first to incorporate a suspenseful situation at the end of each episode (later termed a cliff-hanger). She also used music as a transition from one scene to the next and she developed a deliberately slow pace to the show. This way, women could listen while doing their household work without having to pay too close attention or miss something crucial. According to the Museum of Broadcast Communications, Phillips went on to create nine other radio soap operas. Her program "The Guiding Light" went on to run for a combined 70 years on radio and television.

Soap operas quickly became popular and supplanted most other daytime programming. By 1941, nine out of every 10 network-sponsored daytime radio programs aired were soap operas [source: Reinehr & Swartz]. A good portion of these can be credited to Anne Hummert. Like Phillips, Hummert was an early pioneer in soap operas, creating "The Stolen Husband' in 1931 [source: Reinehr & Swartz]. Also like Phillips, Hummert established a number of devices that are now common plot twists in television today: amnesia, blackmail, exotic diseases, Friday episode cliff-hangers, long-lost loves and murder trials.

So were the Buggles correct? Did video really kill the radio star? Read on and find out.

It took a lot of folks working together to put a radio show on the air. In addition to the expected producers, directors, writers and cast, there were a few other crew members: