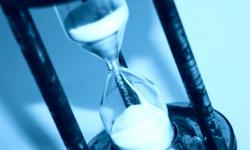 TV Show Image Gallery The hour glass is symbolic with the soap opera Days of Our Lives.  Did it make the list of long-running daytime soap operas?  Read on to see. See more TV show pictures.
©iStockphoto.com/webking

"Soaps" have been around since the 1930s when Proctor & Gamble produced 15-minute episodes of love and drama for radio. Allegedly, the term "soap opera" was coined because these shows were sponsored by a company that made cleansers.

By the early 1950s, soap operas had switched over to television, and daytime TV had no shortage of offerings. As you'll see, captivating story lines and characters are the keys to longevity on daytime television. If you're curious about the shortest-running soap, it was NBC's These Are My Children, which lasted only 24 days in 1949. But for the longest-running soap operas, see the next page to get started.