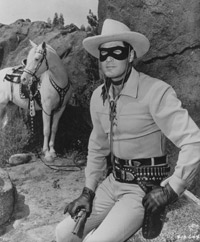 Serial dramas were set up to attract and keep audiences by weaving the same or similar storylines from episode to episode -- often incorporating a type of cliff-hanger, or suspenseful situation at the end of each episode. Serial dramas came in a variety of forms, including children's action and adventure shows, family mystery shows, Westerns and soap operas. Situational comedies were also set up to draw the audiences in and keep them listening week after week.

While the genres differed in their delivery, both serial dramas and situational comedies had one thing in common: the idea of the centralized character. In the case of the action or adventure shows, it was usually a hero or someone the audience could look up to -- an avenger of evil like the Shadow, Lone Ranger or Cisco Kid. With soap operas and situational comedies, the central characters were designed to be regular folks that the audience could relate to -- imagined friends, neighbors or relatives.

Typically 15 minutes in length, serial dramas and situational comedies usually stuck to a prescribed formula. For the drama, the formula included a central character or hero who quested for justice, avenged evil and righted wrongs (often with the help of a sidekick). Each episode had an adventure or mystery to be solved, the end of which was usually followed by a catchy phrase or tagline. A prime example of this can be seen in "The Lone Ranger," where just as the Lone Ranger rode away on his horse, a bystander would say, "Who was that masked man?" to which another would reply "I don't know, but he left behind this silver bullet" [source: Richter].

The formula for the situational radio comedy typically revolved around a family or pair of friends with the central character experiencing some kind of embarrassing situation, misunderstanding or mistake in judgment [source: Reinehr & Swartz].

­At a time when immigrants were flocking to the United States, the most popular situational comedies were ethnic in nature, some to the point of stereotyping. Considered by radio and television scholars to be the most popular radio show of the time, "Amos 'n' Andy" was one of the longest-running programs on radio, starting in 1926 as "Sam 'n' Henry," it ran nightly and then in syndication up through 1960. The show revolved around two black men who owned a one-car taxi company. Written and acted by two white vaudeville veterans (Freeman Gosden and Charles Correll), many people took exception to the depiction, feeling that the characters were gross stereotypes. When the show moved to television, black actors were hired to play the roles of Amos and Andy. After running on television for a brief period, it was pulled from air because of controversy.

"The Goldbergs" was written and acted by Gertrude Berg and based on her former vaudeville show that premiered in 1925. The show was set in the home of Jewish immigrants, Molly and Jake Goldberg. As Molly resolved friend or family-related dilemmas, she would consult or interact with characters from around the neighborhood -- dispensing advice, recipes and ample helpings of homespun Yiddish humor. This show went on to become the first television sitcom and spawned a number of other ethnic sitcoms during the premiere years of TV.

In the next section, we'll take a peek at another serial radio show created by and primarily for women: the soap opera.