What is a Music Agent? 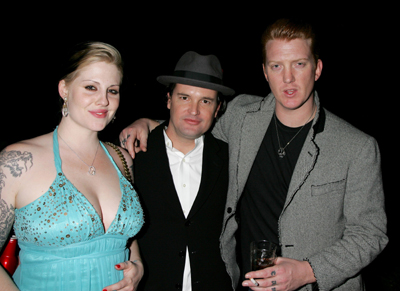 The simplest definition of a music agent is probably "a person who books live personal appearances for musicians or bands" [source: FreeAdvice.com]. But there's a lot more to being a music booking agent than just that. For example, they also can negotiate contracts to bring the band other types of work, such as radio or television appearances, or appearances in commercials and finding sponsors for tours.

Even booking a club or concert performance takes more than a phone call and a signed contract. An agent becomes familiar with concert venues and builds relationships with concert promoters to book bands into the places that'll best showcase their talents. Agents know the ins and outs of negotiating contracts and work to secure the best deal for their bands. In addition, agents work on tour routes, planning schedules that make sense physically and financially.

Music agents receive a percentage of the band's revenue from a performance. Because of that, they usually want to work with groups that they know will bring in an audience or have a recording company's support. Sometimes, though, a music agency will take a risk on a group that they think has the potential to become popular [source: American Society of Composers, Authors and Publishers (ASCAP)].

Because music agencies act like employment agencies, they're heavily regulated, with guidelines set by state labor laws and unions. In California, for example, a music agency or other talent agency has to submit a detailed license application and file a $10,000 bond. Agencies may also be members of a music union, such as the American Federation of Musicians or the American Federation of Television and Radio Artists, or be franchised by one of these unions. These agencies have to follow union rules on setting fees and how long contracts last [source: The Musician's Guide through the Legal Jungle].

What's a typical day like for a music agent? Here's a look at one agent's daily routine at International Creative Management, one of the largest talent agencies in the United States:

With those kind of hours, you need to have a real passion for music to be a successful music agent. Next, let's look at the other skills you'll need and how to break into the business.