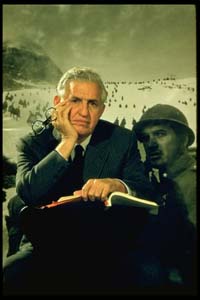 Technically, a movie producer doesn't need any training. But movie producers, other than Howard Hughes, rarely start at the top. As with any other business, if you're going to run it, you need to understand it. To meet producer responsibilities, you have to be familiar with all aspects of movie production and quite skilled at some of those aspects. And your contacts -- who you know -- can be important, too.

Plenty of film producers have honed their skills in acting, writing, directing or some other area of filmmaking before moving up to become a movie producer.

Here's how some famous film producers broke into the business:

If you want to become a movie producer, you may want to start small like these experts did. Get some training in writing, editing, cinematography, animation or another area of movie making. Make your own amateur films. Produce something that showcases your skills, and then find a starter job in the industry.

The U.S. Bureau of Labor Statistics describes formal training as a great asset for anyone going into movie production and notes that colleges, technical schools and independent centers like the American Film Institute offer training programs for various areas of filmmaking. Some colleges and universities offer degrees with an emphasis on production management.

Here are the most important attributes for movie producers, according to the bureau:

Besides feature films, the motion picture industry produces films for specialized audiences such as documentaries and educational, business, industrial and government films. In addition, many businesses provide services to the industry, including editing, titling, computer graphics, animation and special effects. Working in any of these areas may be the start of a career as a movie producer [source: U.S. Bureau of Labor Statistics].

Not all movie producers have exactly the same jobs. Go to the next page to learn more about some of these jobs.