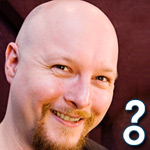 I first became aware of machinima before I even knew it had a name. I'm a fan of the "Halo" video game series and discovered a comedic Web series called "Red vs. Blue." The series used the "Halo" game engine as a digital puppet theater, with the puppeteers controlling multiplayer characters. Instead of shooting each other, the guys behind "Red vs. Blue" would manipulate their characters to act out scripts. As I was writing this article, our site director, Tracy Wilson, pointed me to a charmingly silly machinima music video for the Jonathan Coulton song "Code Monkey." That's how I became a Jonathan Coulton fan. I still like machinima -- when used correctly, video games are a great vehicle for storytelling. But I think all potential machinima artists need to remember that the story should always come first. The tools are useless unless you have something to say.