How to Play Oh Hell!

In Oh Hell! it's not how good your cards are, but how good your luck and judgment are. The game does have its momentary upsets, so if you need a name that's a bit more tame, just call it "Oh Well!" Other names for this popular card game include Blackout and Bust. Here's how to play:

Number of players: Three to seven; however, the game is best with four players. One player should be scorekeeper.

Object: To make precisely the number of tricks you bid -- no more, no less.

The cards: A regular 52-card deck is used. Aces are high.

To play: A game of Oh Hell! consists of a series of rounds. On the first, deal each player one card; on the second, deal two cards; and on the third, deal three, increasing the deal by one card each hand until the top limit. For example, when four people play, deal 13 cards on the last round. With five players, deal ten cards on the last round. The deal goes to the left for each new round.

After dealing, turn up one card to designate trumps. The final round of play is played as no-trump, with no suits as trump. Also, whenever you deal all 52 cards, play at no-trump.

Once all the bids are recorded, the player at dealer's left leads any card desired. Always follow suit if possible, but play any card otherwise. Each trick is taken by the highest card in the suit led or by the highest trump. The winner of each trick leads to the following trick.

Scoring: After all the tricks have been taken, the scorekeeper tallies how everyone fared. If you made your bid exactly, score 1 point per trick plus a 10-point bonus. If you failed, often called "busting," your score is zero. The player with the most points after the last deal wins.

Tips: Bidding in the first few rounds can be tricky, since so few cards from the pack are in play, and some bids are forced. In the early deals, you'll be surprised to see your low cards win tricks, while your aces get trumped. In most deals, you can count on low cards to be losers more reliably than counting on high cards to be winners.

Variations: Some players prefer to write down bids secretly. In this case, it's okay for the bid total and the trick total to turn out equal. Those bids can be revealed either before the first lead or after the last trick.

In many games, once the highest possible number of cards have been dealt, the game continues with the number of cards per hand decreasing by one each hand, until you work your way back down to a final one-card deal.

Some players do not play by the rule that the total bids must not equal the number available.

No-trump: The condition when no suit is trumps in a trick-taking game. 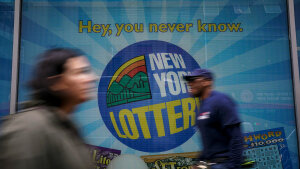