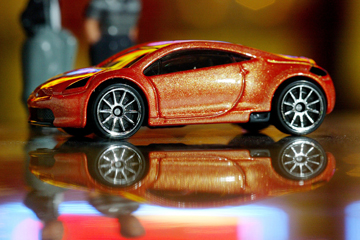 What would you get if you hit a regular car with a shrink-ray and made it 64 times smaller? A Hot Wheels car, of course!
(Rene Johnston/Toronto Star via Getty Images)

Saturday mornings for kids used to be sacred. We'd sit on the floor, clutching a cereal bowl, our eyeballs mere inches from the television screen, so close we could see the tiny pixels that made up the larger image. Every two minutes, or so it seemed, He-Man or Jem or Sponge Bob had to take a break, and the onslaught of commercials would begin. One of those commercials would almost always include a couple of kids also on the floor, but instead of staring at the screen like little zombies, they were zooming shiny, tiny cars around on tracks. They were Hot Wheels, and they were far more affordable than the real thing. Like, kid-allowance affordable. As soon as our parents plunked a few dollars in our hands, we jammed those babies into the pocket of our jeans and headed for the toy aisle, where the Hot Wheels hung on pegs. We looked at every bubble package for the best car that we didn't already have. And, because those things are never stocked in an orderly fashion, you had to look at every. Single. One.

Hot Wheels were so cool because the designers came from the auto industry, where they designed actual, full-sized cars. But in tiny form, they could really let their imaginations run wild. This also made Hot Wheels the number-one vehicle property in the United States every year since its beginnings in 1968, according to parent company Mattel. The sales numbers of these little cars are way bigger than the Big Three: Mattel has produced more than 4 billion Hot Wheels, in total, since 1968. That's more cars than Detroit's three largest auto manufacturers combined. 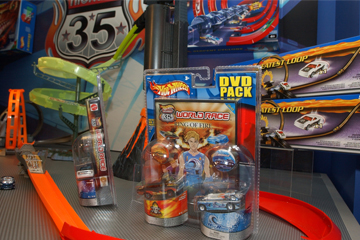 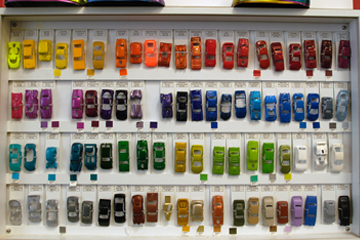 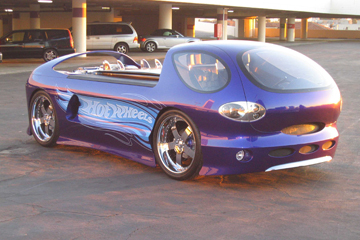 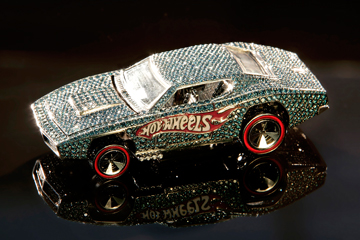