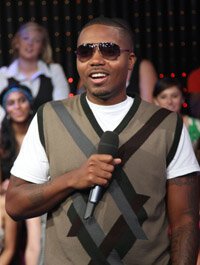 Rapper Nas (Nasir Jones) delayed an album's release for months while he lobbied to have the n-word used as its name. But even with seven previous platinum albums and no illegality noted for his chosen album title, which has been used before, he couldn't get the concept approved. He ended up calling the album "Untitled" and using cover art with a graphic allusion to slavery [source: USA Today].

A writers' union strike crippled the 2007-08 television season, leaving viewers with less to watch, networks scrambling for offerings and cancellations of series that didn't have a chance to show their stuff. During the next summer, a possible actors' union strike threatened to have a similar effect on the following TV season as well as derailing movies that are planned or in production [source: Associated Press].

A lawsuit by Viacom against Google, parent company of YouTube, accused the video site of copyright infringement for hosting videos lifted from copyrighted TV shows. But with movie studios, record labels and individual artists using YouTube to promote their latest offerings, how can YouTube weed out piracy dropped on the site by users? And what is its obligation to do so? [source: CNET]

These three examples show some of the work that an entertainment lawyer may do. All of these -- research on a potentially incendiary album title, contract negotiations and a copyright infringement suit -- require experts who know the law and can protect the rights of companies, unions, artists and the public. But lawyers do plenty more in all areas of the entertainment industry, sometimes even acting as agents helping artists manage their assets and careers.

You may be wondering: What else does an entertainment lawyer do? What areas of specialization are available? How does someone become this type of lawyer? And, if you are in the music, TV or film industry, how do you select the right entertainment lawyer for your needs? Read on to find out.

Job Description of an Entertainment Lawyer 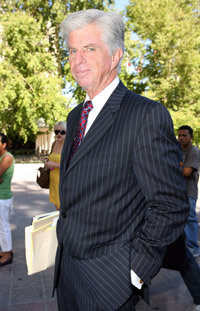 Being an entertainment lawyer may seem like a glamorous career that offers a way to rub shoulders with celebrities and up-and-coming artists. While that may be true for some successful lawyers, entertainment law is a demanding career that requires a firm grounding in legal areas like contract law, labor law, litigation and intellectual property, as well as extensive knowledge of how the entertainment industry works. Bear in mind, too, that plenty of would-be entertainment attorneys are jockeying for a limited number of jobs in the industry.

This could mean helping an actor negotiate a contract with a studio, filing suit over a pirated film, ensuring that stuntmen have adequate medical coverage, overcoming an impasse in union contract negotiations, assisting a young recording artist with financial or real estate decisions, protecting a recording star from illegal use of a copyrighted song or even preventing invasion of a client's privacy [source: Lawyers.com].

After finishing school, an entertainment lawyer usually works for a law firm specializing in this type of law. Most of these firms are located in Los Angeles (music, film and television), New York (music, publishing and theater) and Nashville (music). Young attorneys start as associates, and partners direct them in writing contracts and assisting with negotiations. Because of the limited number of spots, the large number of available attorneys and nature of the entertainment industry, moving up often depends on the relationships and contacts that an attorney can make [source: Mark Litwak's Entertainment Law Resource].

Interning in an entertainment firm before law school and during summers, volunteering with a pro-bono organization like California Lawyers for the Arts and joining groups like American Bar Association's Forum on the Entertainment and Sports Industries can all help a lawyer make industry contacts.

Not all entertainment attorneys have the same job description. Let's look next at the different specialties that entertainment lawyers can have. 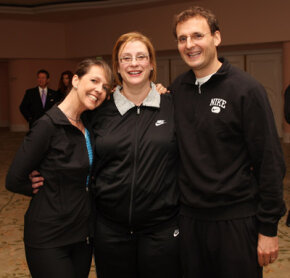 Subtleties among the various entertainment arts call for specialization, as do the client's specific legal needs. If your band is signing its first recording contract, for example, you want an entertainment lawyer who focuses on the music industry and contracts, not a film or publishing expert. If someone has lifted some of your song lyrics, you want an entertainment lawyer with expertise in both music law and intellectual property -- and you may even need a litigator who can take the music thief to court.

One way of looking at the specialties of entertainment lawyers is to take a by-industry approach. Here are some of the areas lawyers may handle for each industry:

Larger entertainment law firms are likely to offer a wide variety of these specialties. Smaller firms may be more focused on a specific area, such as writing and negotiating contracts. Litigation is often handled by a separate, specialized law firm.

Perhaps your biggest concern is finding the right entertainment attorney to help you with your needs, such as negotiating a contract with a record label. Keep reading to find out how to choose an entertainment lawyer. 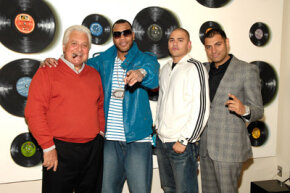 If you're a musician or an actor, you probably didn't think about the importance of having an entertainment lawyer until you had a contract to sign. Once you signed, you'd be bound by the contract's terms. Suddenly, looking at those terms, you knew you needed a lawyer to look it over and make sure everything worked as much to your advantage as possible. Perhaps your agent could offer an opinion, but a lawyer would have more expertise.

In looking for the right entertainment lawyer to meet your needs, you'll want to consider the following about the lawyer or firm:

Here are some suggestions on finding an entertainment lawyer:

Regardless of the entertainment industry you call home, an entertainment lawyer can help you to protect your interests and move ahead in your career.

For lots more information about entertainment lawyers and related topics, check out the links on the next page.