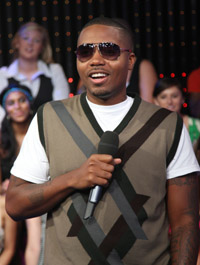 Rapper Nas (Nasir Jones) delayed an album's release for months while he lobbied to have the n-word used as its name. But even with seven previous platinum albums and no illegality noted for his chosen album title, which has been used before, he couldn't get the concept approved. He ended up calling the album "Untitled" and using cover art with a graphic allusion to slavery [source: USA Today].

A writers' union strike crippled the 2007-08 television season, leaving viewers with less to watch, networks scrambling for offerings and cancellations of series that didn't have a chance to show their stuff. During the next summer, a possible actors' union strike threatened to have a similar effect on the following TV season as well as derailing movies that are planned or in production [source: Associated Press].

A lawsuit by Viacom against Google, parent company of YouTube, accused the video site of copyright infringement for hosting videos lifted from copyrighted TV shows. But with movie studios, record labels and individual artists using YouTube to promote their latest offerings, how can YouTube weed out piracy dropped on the site by users? And what is its obligation to do so? [source: CNET]

These three examples show some of the work that an entertainment lawyer may do. All of these -- research on a potentially incendiary album title, contract negotiations and a copyright infringement suit -- require experts who know the law and can protect the rights of companies, unions, artists and the public. But lawyers do plenty more in all areas of the entertainment industry, sometimes even acting as agents helping artists manage their assets and careers.

You may be wondering: What else does an entertainment lawyer do? What areas of specialization are available? How does someone become this type of lawyer? And, if you are in the music, TV or film industry, how do you select the right entertainment lawyer for your needs? Read on to find out.