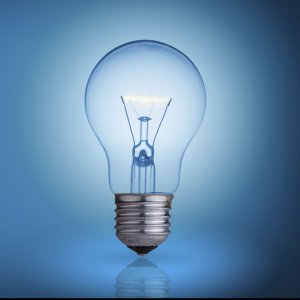 The humble light bulb has cooked innumerable treats for kids since the Easy-Bake oven was introduced in the 1960s.
©iStock/Thinkstock

The Easy-Bake oven was hardly the first oven designed specifically for children. In the 1800s, metal models burned wood pellets as fuel. After the turn of the century, tiny electric ovens appeared.

Although kids had fun playing with them, none of these early toys ovens elevated themselves to cult status. They also had spotty safety records that made parents wonder whether these were the smartest toys for antsy little hands.

For reasons rooted in safety concerns and convenience, Kenner seized on the concept of using twin 100-watt incandescent light bulbs to heat the oven. One bulb installed above the food tray; the other screwed in below. The idea was that recipes would cook more quickly and more evenly if heat originated from both sides of the food.

If you scoff at the idea of light bulbs as heating components, don't doubt the effectiveness of an incandescent bulb's waste heat. Inside the confines of the oven, temperatures ratcheted up to more than 350 degrees Fahrenheit (177 degrees Celsius) [source: Kim].

Thanks to some nifty engineering, later models used only one bulb. Better interior heating dynamics leveraged that one bulb's heat to create a convection effect that cooked just as well as the two-bulb models.

The light-bulb-powered design was vital for marketing purposes, too. For most parents, light bulbs simply seemed safe and harmless.

Kenner representatives were so concerned about safety perceptions of their product that they initially wanted to call it the Safety-Bake Oven. Regulatory authorities, however, thought that name was a stretch considering the oven had yet to even hit store shelves and insisted that the company use a name that didn't include the word safety.

Kenner introduced its first Easy-Bake oven at $15.95. That holiday season, Kenner sold every oven it produced, amounting to more than half a million units. The next year, they cranked out three times as many, and sales continued rocketing upward.

At the same time, Kenner unveiled 25 various mixes for use in the oven. These mix kits made for steady revenue from kids who wanted to try every premade recipe. When General Mills bought Kenner in 1967, it launched Betty Crocker-branded mixes to make the kits even more tempting. In later decades, there were even branded mixes from the likes of McDonald's and Pizza Hut. Of course, once they realized they couldn't make a Big Mac in their ovens, many children decided to concoct their own recipes.

There are no limitations on what you can cook in the oven. It is just an oven, after all (although Hasbro's accountants would obviously like you to buy their mixes instead). There's even an "Easy-Bake Oven Gourmet" cookbook made expressly for adults. Gracing those pages are recipes featuring capers, Grand Marnier and other grown-up ingredients. There are also hundreds of other do-it-yourself recipes strewn across the Internet, offering up tiny tastes for every palate.