Whether you were the kind of kid who spent your allowance on Mattel-sanctioned clothes and accessories, or the type to chop your doll's hair with blunt scissors before melting her pointed plastic feet (there is no in between), you probably had some sort of relationship to Barbie. And now, as the queen of the toy aisle turns 60, her fans and foes will see several new sides to the multifaceted Jane of all trades.

That's right, the woman who's successfully held down over 200 careers since 1959 has already added six more gigs to her resume this year, and a few more major additions are on the way. To celebrate her big 6-0, Mattel has released six special edition Barbies in the form of an astronaut, firefighter, news anchor, pilot, politician, and soccer player, and this fall, you'll find Barbie in astrophysicist form, as part of a collaboration with National Geographic aimed to instill a love of STEM subjects (science, technology, engineering, and mathematics) in kids.

Astrophysics isn't Barbie's only new career path. As part of the National Geographic partnership, Mattel is also planning to unveil the doll as a wildlife conservationist, a polar marine biologist, a wildlife photojournalist, and an entomologist. Each of these brainy Barbies will come with appropriately awesome accessories relevant to her job (kind of). For example, astrophysicist Barbie will have her very own telescope (necessary), star chart (yeah, sure), and a nebula-printed shirt (really?).

"Barbie allows girls to try on new roles through storytelling by showing them they can be anything and, through our partnership with National Geographic, girls can now imagine themselves as an Astrophysicist, Polar Marine Biologist and more. Barbie and National Geographic represent a powerhouse combination and our joint creative efforts allow kids to explore the world and different career fields right in their own homes," said Lisa McKnight, senior vice president and general manager of the Barbie brand, in a statement.

Some of the special edition career-oriented dolls released by Mattel in honor of Barbie's 60th anniversary.
Mattel

National Geographic Magazine editor-in-chief Susan Goldberg added: "Through our partnership with Barbie, we are excited to reach kids in a new way, using the power of play to inspire our next generation of explorers, scientists and photographers."

While Barbie's LinkedIn profile is certainly getting a boost from all this career exploration, she's also doubling down on her commitment to diversity. According to Mattel, all of the 60th anniversary career dolls will feature "different body types, skin tones, eye colors, and hairstyles."

Now That's Interesting
Barbie's March 9 birthday marks her official debut at the 1959 American International Toy Fair in New York. But if you're a true Barbie fan, you might celebrate a different milestone: the day she got a belly button in 2000.

How to Unshrink Your Clothes

Unplugging From Big Tech Is Harder Than You Think 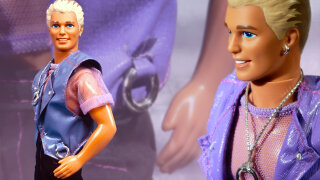 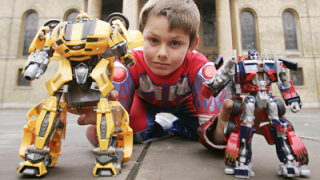 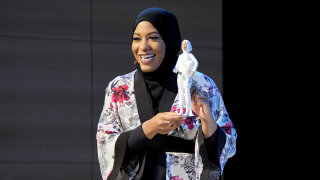