After Wilt Chamberlain was offered a $100,000 salary, the Celtics offered Russell $100,001. See more pictures of basketball.

Bill Russell was a terrific player. When polled in 1980, the Pro Basketball Writers' Association of America named him "the Greatest Player in the History of the NBA," better than Wilt Chamberlain, Elgin Baylor, Oscar Robertson, or Bob Cousy. But Russell wasn't great in the obvious categories, such as shooting and scoring.

He made only 44 percent of his field-goal attempts for his career, and he was that accurate only because most of his attempts were from point-blank range. At the free-throw line, he was a mechanical mess, nearly as bad as his bitter rival, Chamberlain. When the left-handed Russell took aim at the basket from the outside, opponents implored him to shoot. Invariably, he would miss.

Shot-blocking, rebounding, and overall defense were Russell's specialties. He had springy legs -- he high jumped 6'10" in college -- and pursued the ball relentlessly, five times leading the NBA in rebounds per game. His efforts on the boards keyed the Boston Celtics' vaunted fastbreak. He was a player who could dominate a game without scoring.

Russell averaged 15.1 points over 13 NBA seasons, all with the Celtics. His career high was 18.9 points during the 1961-1962 season, the same year Chamberlain averaged 50.4. But while Wilt dominated statistically that year, winning the scoring and rebounding championships, Russell won the Most Valuable Player Award -- back in the days when the selection was made by a vote of the players -- and led his team to the NBA championship. It was winning that distinguished Russell from the other greats. Frank Deford, the renowned sports writer, called Russell "the very epitome of ability and victory in sport."

Russell (born February 12, 1934) was a classic late-bloomer. Nothing he did as a youngster in Monroe, Louisiana, and in Oakland -- where his family moved when he was nine -- suggested that he might become a professional athlete. Young Bill was scrawny and awkward. He grew to 6'2" by age 15 but carried only 130 pounds of skin and bones.

A natural right-hander, he switched to using his left hand at the urging of an uncle, who felt lefties had an advantage in baseball and probably would in basketball. Russell never scored more than 14 points in a game at McClymonds High in Oakland.

Russell took the only scholarship that was offered to him, by the University of San Francisco, and there he matured physically and achieved stardom, leading the Dons to an NCAA-record 55 consecutive victories and back-to-back national championships in 1955 and 1956. Those teams also featured guard K.C. Jones, another future Celtics great. Russell's success in college was followed by a gold-medal effort at the 1956 Olympics in Melbourne.

Surprisingly, Russell wasn't the first selection in the 1956 draft. The Rochester Royals chose Sihugo Green, a guard from Duquesne. St. Louis, picking second, traded its position to the Celtics for Ed Macauley and Cliff Hagan. The Hawks would win the NBA championship in 1958 and Hagan would have an outstanding career, but in the long run the Celtics got the best of the deal -- by far.

With the 6'10" Russell at center, the Celtics were a nearly unstoppable force, winning 11 championships during his tenure, including the last two with him doubling as player and coach. The first title came in 1957, Russell's rookie season. Boston lost to the Hawks the next season -- primarily because Russell suffered an ankle injury in Game 3 of the Finals -- then won eight championships in succession.

Russell's battles with Chamberlain were legendary. They met 142 times, with Russell averaging 23.7 points and 14.5 rebounds, compared with 28.7 points and 28.7 rebounds for Wilt. But in the court of public opinion, Russell nearly always won. He was the linchpin of the most successful franchise in professional basketball history.

The Celtics lost their crown to Chamberlain and the Sixers in 1967, Russell's first year as player/coach, but reclaimed it in 1968. They won again in 1969 in a shocking upset of the Lakers. In Game 7, Russell played all 48 minutes and had 21 rebounds. It was his last game. His knees wracked by arthritis and with nothing left to prove, he announced his retirement later that summer at age 35. The Celtics fell to sixth place the following season, 26 games back of the New York Knicks.

Russell captured 21,620 rebounds during his career, second only to Chamberlain's total. In 10 of his 13 seasons, he averaged more than 20 rebounds. In a game against Syracuse in 1960, he grabbed 51. And he once had 32 boards in one half, an NBA record. Records of blocked shots weren't kept until the 1970's, but former referee Earl Strom estimated that Russell blocked 8-10 shots a game for most of his career.

Upon retirement, Russell dabbled in acting and broadcasting. He also coached the Seattle SuperSonics for four seasons and the Sacramento Kings for one. Russell wrote two autobiographies: Second Wind and Go Up For Glory. He was elected to the Hall of Fame in 1974.

Russell never was more heroic than in the 1962 playoffs. To win their fourth consecutive title, the Celtics needed a Herculean effort from their leader in Game 7 of the Finals against the upstart Lakers, led by Jerry West and Elgin Baylor. Russell was a towering presence throughout the game, running, passing, crashing the boards, intimidating.

His rebound of Frank Selvy's missed jump shot preserved a 100-100 tie at the end of regulation, and the Celtics escaped with a 110-107 victory in overtime. An emotionally spent Russell cried in the locker room. He had amassed 30 points and 40 rebounds. No other player has ever had more than 38 rebounds in a Finals game. Russell also set a record for rebounds in a quarter (19). 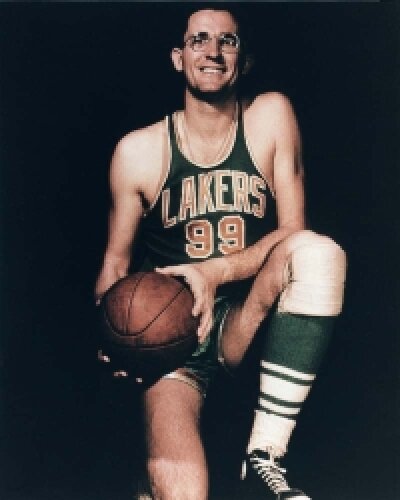 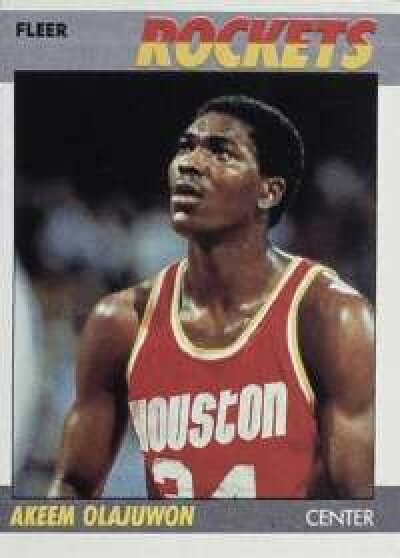 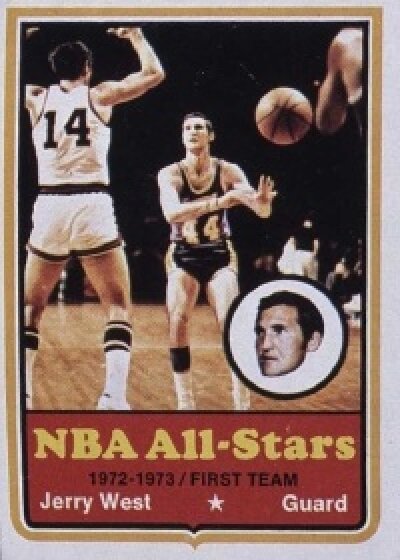