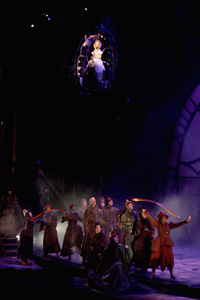 The stage manager is responsible for making sure that stage shows like "Wicked" go on.
© Stephen Lovekin/Getty Images

Staging "The Caucasian Chalk Circle" by Bertolt Brecht was a challenge for the Seattle Theater Company. The production had hundreds of light and sound cues, dozens of costume and set changes and used 36 computer-controlled projectors. But everything was going well during tech week and into the performances.

Then, in the middle of the play one night, the very pregnant stage manager fainted in the control booth. While the wardrobe staff revived her, an assistant stage manager ran from backstage to take her chair and headset and continued giving cues from the prompt book. The stage manager left for the hospital; the show continued uninterrupted; and the audience and actors never knew the difference [source: Drew Campbell].

The show must go on, as the saying goes, and the stage manager -- or in this case, the assistant -- is the one responsible for making sure that happens. Like the conductor of a symphony orchestra, the stage manager coordinates the activity of the actors and crew during rehearsals and performances of a play. Stage managers give cues for lighting and sound, oversee rapid set changes and make sure actors are in place. And that's only part of the stage manager's job.

What else is in a stage manager's job summary? What does a stage manager need to have for every play in his essential kit? What training do aspiring stage managers need, and how can they build their resumes? Read on to find out. 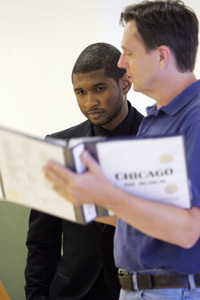 Stage management takes in a lot of different tasks, so most productions have more than one stage manager that work as a team. Most plays require at least two, and Broadway shows need at least three, according to Ira Mont, who was stage manager on Broadway for "Young Frankenstein." Some of the titles are:

Stage manager -- On Broadway, the second in command after the production stage manager; elsewhere, the boss.

Let's focus on the head stage manager. A stage manager's job starts before rehearsals. He's one of the last people out of the theater after that final show and then often supervises as the stage is struck. Here's a closer look at the stage manager job summary.

During rehearsals, the stage manager works with the director to record blocking, light, sound and set change cues in the prompt book, a master copy of the script used to run technical rehearsals and the actual performances. The stage manager also works with the technical designer in creating sets that match the director's needs and then finding the most efficient way for crew to change the sets quickly during the performance.

During performances, the stage manager "runs the book," which means he uses the prompt book to cue lights, sound and set changes. The stage manager also takes notes each night on aspects of the performance to distribute to actors and production departments. But there's more than just that. The stage manager needs to deal with safety issues and crises such as a last-minute replacement for a sick actor, a wardrobe malfunction or a missing prop.

The stage manager issues the call of "Places, everyone!" before the play starts and receives emergency messages for the cast and crew during performances. He also may rehearse understudies or hold extra rehearsals for dance numbers or specific scenes of the show between performances [sources: American Association of Community Theatre and Stage Manager's Association].

A stage manager's kit is essential to doing the job well. Go to the next page to find out what's inside the kit.

During a run of "The Ritz" on Broadway, actor Jerry Stiller played a tough guy who appeared onstage at one point with two props: A mink coat and a fake 38-mm pistol. One hot performance night, a barred window in Stiller's dressing room was left open--and someone reached through the bars to take the coat and the gun.

Finding them gone and with less than 10 minutes before his cue, Stiller appealed to the stage manager. Leaving the actor backstage, the stage manager left and then reappeared five minutes with a gun and a coat.

"Where'd you find them?" Stiller asked. The coat is from a lady in the audience, and the gun belongs to a cop on 48th Street, the stage manager told him. Stiller went on and did his scene [source: Brad Schreiber]. 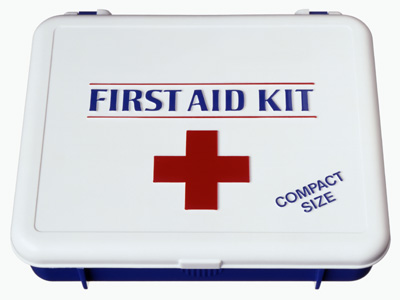 Imagine a magician's bottomless bag of tricks or a mother's purse stuffed with tissues, band-aids and everything else needed for a child's emergency. That will give you an idea of the stage manager's kit. It's another type of emergency bag, but this one is full of everything the stage manager needs to handle the unexpected, in this case, whatever may happen during a rehearsal or performance.

A stage manager's kit reflects all the aspects of his job responsibilities. Since stage management covers the technical side, as well as dealing with the people involved in the production, stage managers have quite a varied set of supplies in their kits. They also need to have a portable office that they can take to rehearsals, backstage, into the control booth and out of the theater for meetings. And they need to be prepared for minor medical needs and emergencies, as required by Actor's Equity, the performer's union.

Of course, the kits vary, but here are some items you're likely to find in a kit:

That's a lot to fit into a single art box or tackle box, so stage managers often keep stage supplies and tools in a separate toolbox. They may also move the office supplies into a briefcase or office bag. However they organize it, the stage manager's kit goes wherever he does.

Does becoming a stage manager sound like the career for you? Keep reading to find out the training you'll need and how to build your resume. 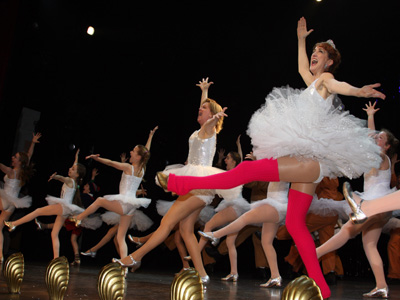 Stage managers should include their experience such as working on different productions like this one of "Billy Eliott: the Musical."
© Bruce Gilkes/FilmMagic/Getty Images

If you're thinking of becoming a stage manager, prepare to work hard and spend years on training. Probably the first step is deciding whether stage management is right for you. After that, you'll have to consider how you want to gain experience, and then you'll need a stage manager resume to show off your work and get more jobs.

Being a stage manager requires a range of abilities that not everyone has. Stage managers need to be able to:

You can become a stage manager through on-the-job training -- by starting as an intern and working your way up on theatrical productions -- but increasingly, stage managers have a bachelor's or master's degree in theater arts, often with a specialization in stage management. Many schools, including colleges such as Yale University, University of Southern California, New York University and Northwestern University have theater departments.

Having a degree can give you a broader background in theater through the opportunity to take classes in acting, directing, costume design, lighting, sound and stage design. That can make you more desirable when you look for internships as a production assistant. A theater school can also help you find internships and give you the chance to start building your resume with work on student productions. You also can get a head start on making the contacts that can help you get jobs later in your career.

Your resume will be one of the most important tools in building your career. You'll want to list each production, its dates and specific information about your contribution to the production. While you'll probably find yourself starting as an intern or production assistant at low pay, being able to list varied experience can help you move up from production assistant to assistant stage manager to stage manager [source: Stage Managers' Association].

For lots more information about stage managers and related topics, see the links on the next page.